HALO history was made in SOG 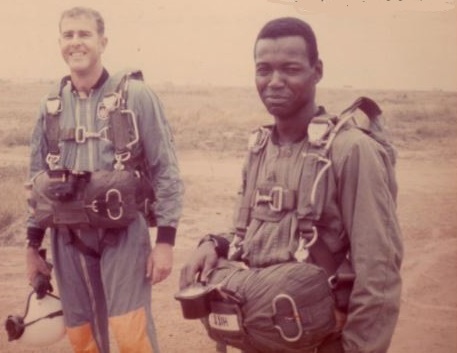 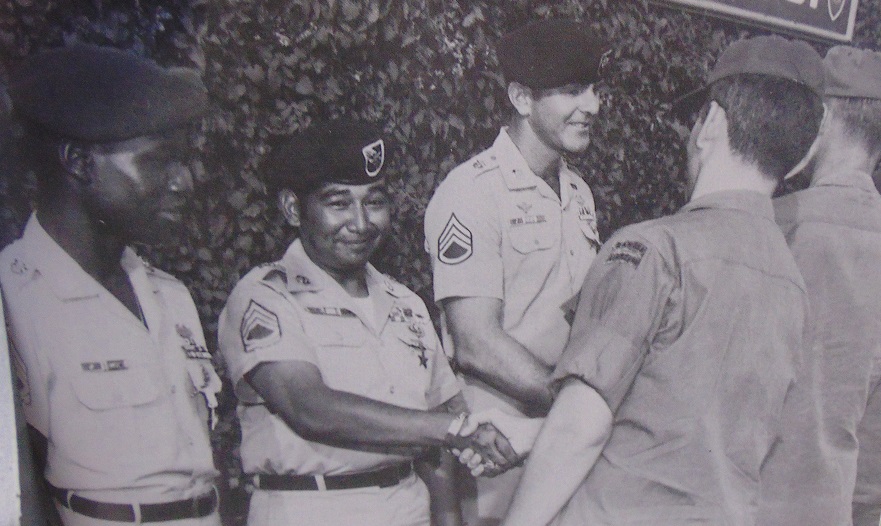 Pulling their rip cords at 1500 feet, the speed of rain slowed and they glided silently among  gusting currents until they reached what they assumed was the drop zone.  Some managed to hit and roll on the ground, while others snagged in trees. Unbuckling their harnesses, they immediately activated homing devices and tried to locate each other, but were too far apart. Miles in some cases. They decided to carry on and form into four elements. Hernandez and Hill were by themselves and would act independently, Newman located a Montagnard and so did the South Vietnamese officer.  As the rain kept pelting them, they started on their way through the jungle toward an area they would search for the telephone line.  All were uninjured, but they came down nearly six miles from their intended drop zone.

RT Florida reconned the  area for five days and were extracted without incident.  SOG concluded that HALO had been a proven and effective means of infiltration into Laos with out being detected. 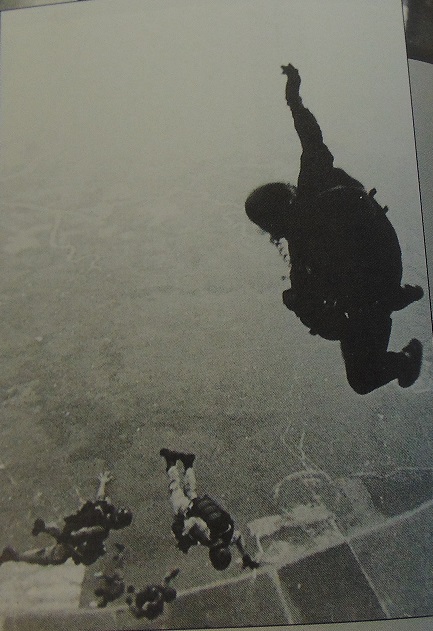 The Second Halo Team led by Captain Larry Manes, a respected  recon veteran along with Spec6 Noel Gast, SSGT Robert Castillo and SGT John “Spider” Trantanella.  An all American Team.  In the early hours of May 7, 1971, the team jumped midway between the Ashau Valley and Khe Sanh near Highway 921.  Because of sudden atmospheric pressure change, a toe popper mine in Gast rucksack armed itself.  When Gast landed the toe popper mine went off and seriously injured Gast’s back. John Trananella had a bad landing both men had to be extracted.  Manes and Castillo continued mission and reconned the area for five days without enemy contact. 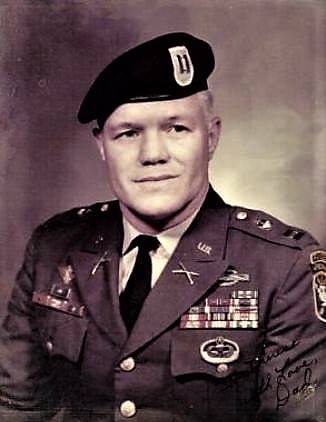 SOG’s third HALO mission was led by recon legend Sgt. Maj. Billy Waugh.  SSGT James “JD” Bath, SGT Jesse Cambell and SGT Madson Strohlein made up the rest of the team.  After training in  Okinawa and at Long Thanh (SVN) the team was ready.  On June 22, 1971, the team jumped from a SOG Blackbird at 19,000 feet.  The night in Laos was dark and raining heavy. Most of the team were scattered except Waugh and Campbell. Both Bath and Strohlein hit the ground hard causing injuries.  Stohlein braking his right arm. 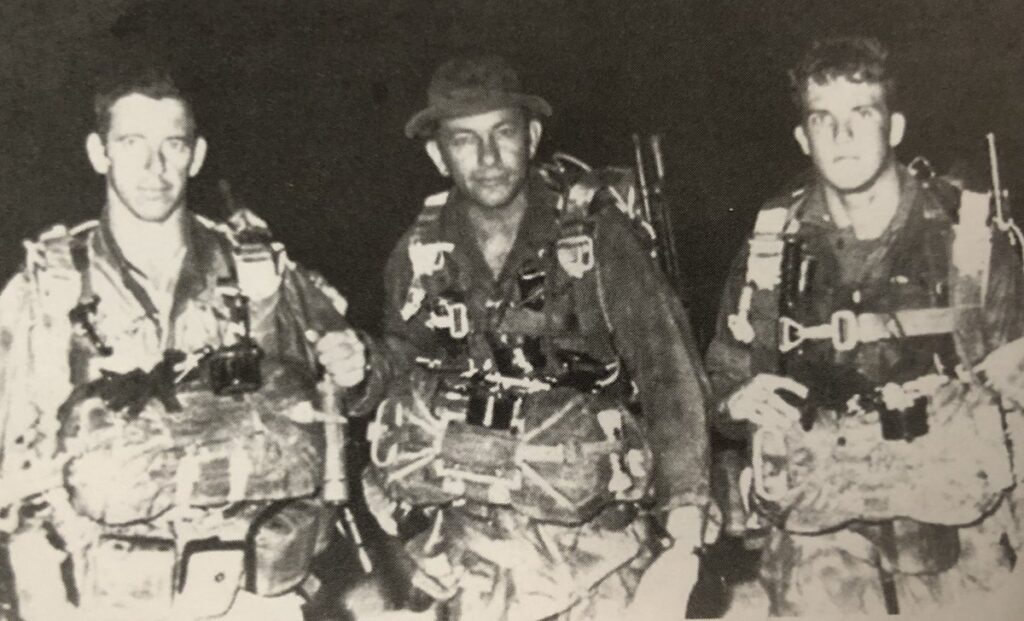 Because of the bad weather, Strohlein rescue was delayed.  When a Bright Light Team made it to the tree where Strohlein’s landed in, the team found Strohlein’s weapon and evidence of a fire fight, however, they were not able to locate any other trace of Sgt. Strohlein’s whereabouts.   He remains MIA.  The remaining team members were successfully extracted. 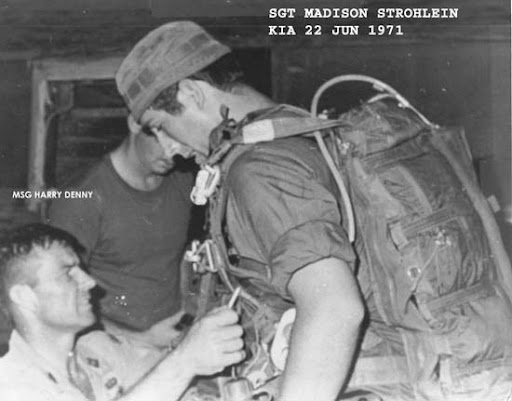 SOG’s Fourth HALO jump had no injuries and the team assembled quickly to conduct a recon mission.  Captain James G. Storter led the team.  The rest of the team was SFC Newman Ruff, SSGT Millard Moye and SGT. Michael Bentley.  Their target was the Plei Trap Valley, northwest of Pleiku.  The NVA were building a new road from Cambodia.  The team dropped in on September 22, 1971.  Each of the members landed 30 yards from each other.  The reconned the area for four days.  The NVA never knew they were there. 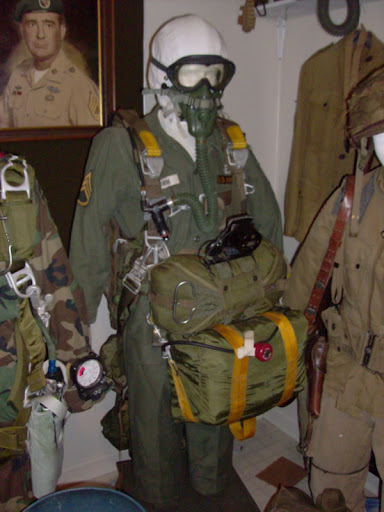 The fifth and final SOG Halo mission was on October 11, 1971.  RT  Washington  led by  1-0 SSG Robert L. McNier, other members were 1-1 SSGT Howard Sugar, SFC Dick Gross, Charles Behler and five Montagnards – Not, Biu, Hluih, Hmoi and Kai.  This was the largest SOG  Halo team to date.  The objective was to land 25 mikes southwest of Pleiku in the La Drang Valley.  The team jumped at 13,000 feet and were scattered during the decent.  Before dawn, NVA patrols were searching for RT Washington.  Bad weather precluded fighter or gunships to support the team on the ground.   Mark Gentry fought a one man battle against a NVA Squad.  After taking cover in a bomb crater, USAF Covey FAC, Lt. Paul Curs, used his small plane to simulate an air strike, firing rockets and making low passes to keep the NVA off of RT Washington.  Two hours later the overcast broke and RT Washington were extracted. 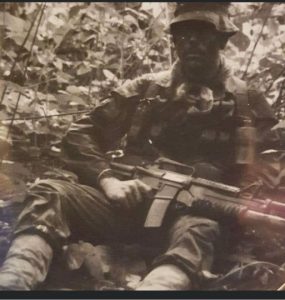 What kind of men, do you ask, “We want you to jump in the middle of the night, no moon light, heavy rain at 18,000 feet into NVA infested jungles”. – You ask the warriors of MACV-SOG. 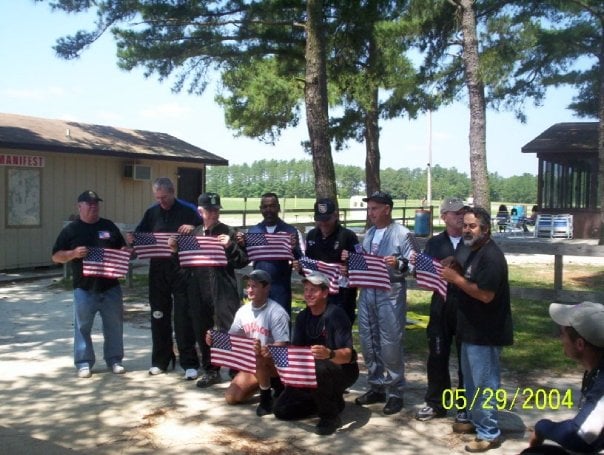 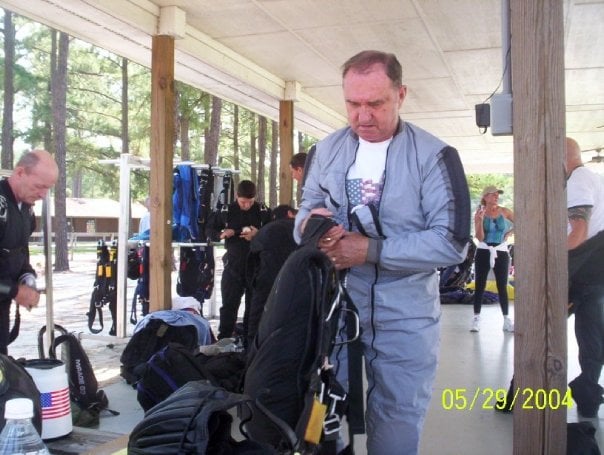 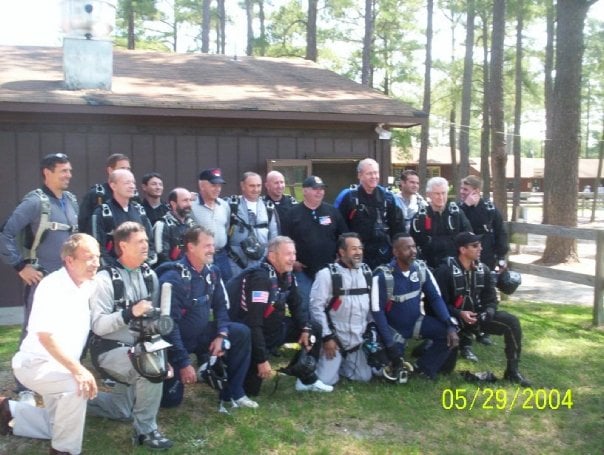 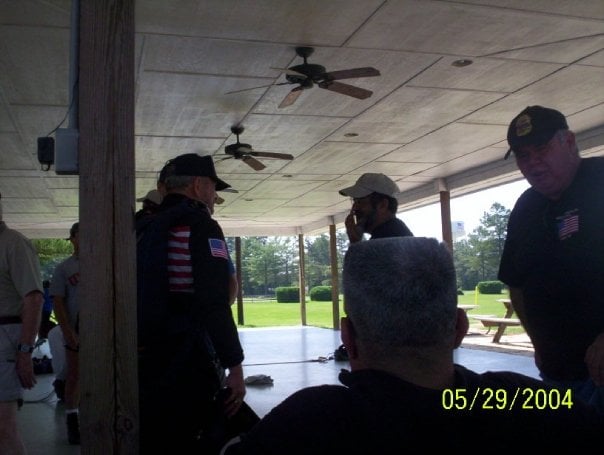 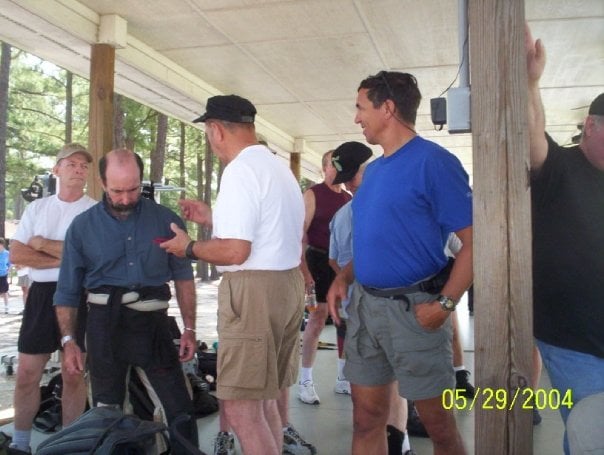 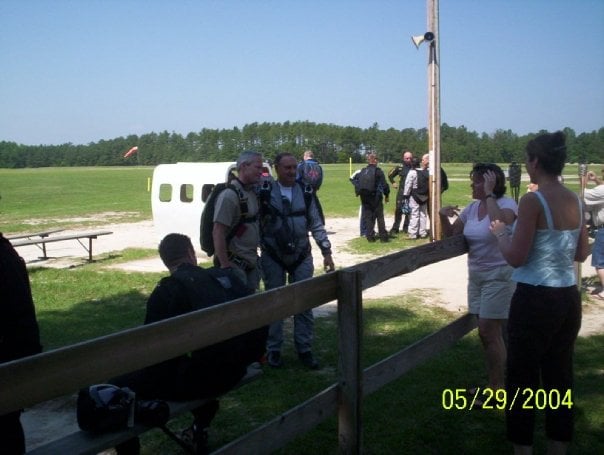 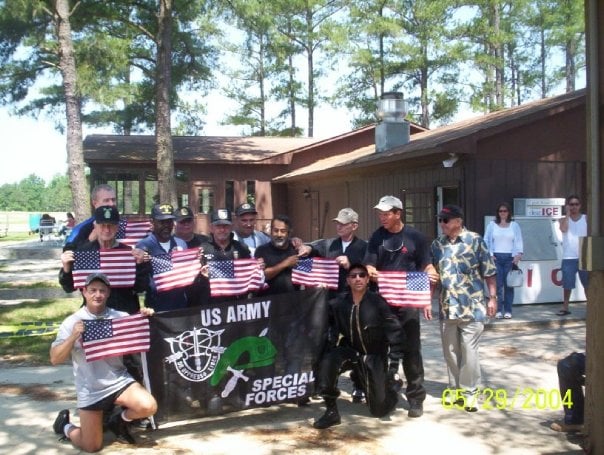 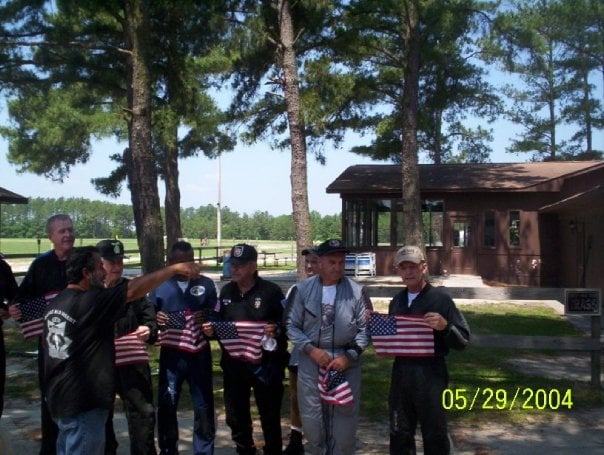 The information in this blog was taken from several sources including SOG, by John Plaster, articles in SOFREP. 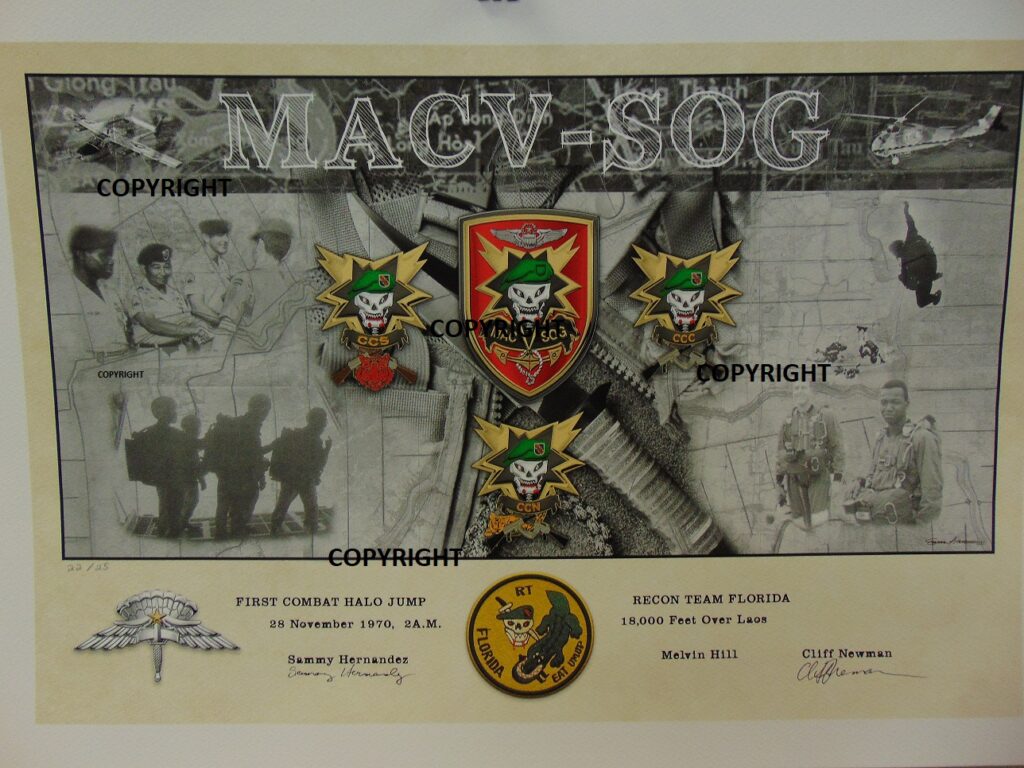 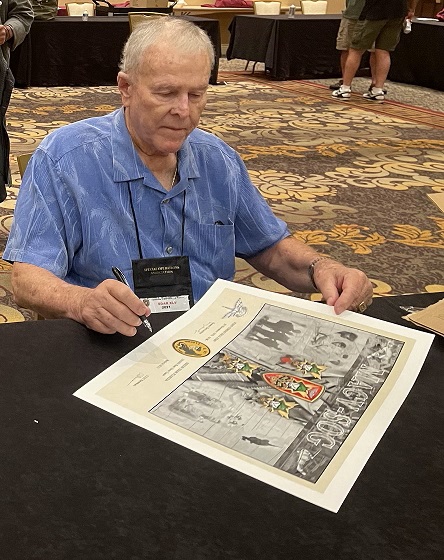 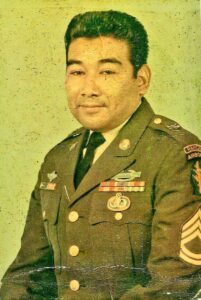 Signed by Cliff Newman and Sammy Hernandez on October 21, 2021  at SOAR

END_OF_DOCUMENT_TOKEN_TO_BE_REPLACED

Facebook Twitter Pinterest linkedin Telegram
Cambodian Incursion, 1970 — Part Three By How Miller I wrote about the overt operations that were carried out during the Cambodian In...

END_OF_DOCUMENT_TOKEN_TO_BE_REPLACED

Facebook Twitter Pinterest linkedin Telegram
On 25 November 1970, Edward Ziobron volunteered to join a Hatchet Force platoon into Laos. Their mission was to raid an NVA regimental ...

END_OF_DOCUMENT_TOKEN_TO_BE_REPLACED

Facebook Twitter Pinterest linkedin Telegram
SFC Gilbert Lee Hamilton, FOB-1, who was awarded the DSC for his actions on January 17, 1968. He was on his 4th tour in Vietnam. As you...

END_OF_DOCUMENT_TOKEN_TO_BE_REPLACED

Facebook Twitter Pinterest linkedin Telegram
By Stephen L. Boylan “I am not sure of the exact date but I remember it was around the 1st or 2nd of April that the team was inserted ...