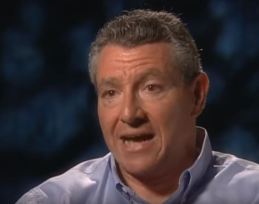 “You always heard rumors that they had this unit in Vietnam that was doing all this clandestine activity but no one was really sure what they were doing,”

“What did these guys do?  Every now and then, you’d run into an old-timer with that thousand-yard stare who just got back.  But no one was talking about it,”

“It was almost like you were out of your body and you were watching.  But that’s the attitude you have to take in order to survive.”

“We didn’t want to make contact with the enemy, but it doesn’t work out like that most of the time.  The whole idea was to gather intelligence and you would report all this information back to HQ and they would map it out,” 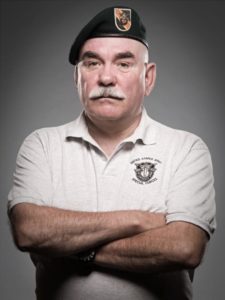 “I will always remember the first SOG brief I got.  I finally found out what we were doing,  Colonel Jack Warren was wearing a green beret, a black wind-breaker, shower shoes and smoking with a cigarette holder.  He flamboyantly threw back this curtain and here’s this map of Southeast Asia.  I’m look at one side, which is Vietnam, but all these boxes that are on the west side of the map which is Laos.  Then Col. Warren said, ‘Gentlemen, welcome to the covert world,’”

“We would always carry a basic load of 550-600 rounds for the carpet team, about 10 hand grenades and a dozen or more rounds for the M-79 grenade launcher.  For the gear, we always carried between 80-90 pounds,” 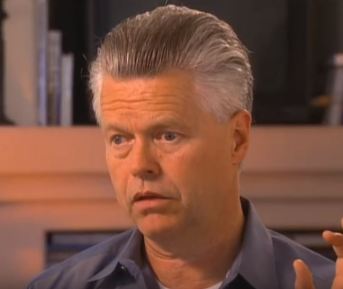 “You always wanted the FAC to know where you were.  A good radio operator would let the FAC know they were in a certain location.  The reason behind that was if someone shoots at you or you need an immediate exfil, he doesn’t need to search around to find where you are,”

“Ideally, you’re going to land.  Three guys get off, another helicopter would come in and another three guys get off and we’d go on from there.  Occasionally, because of the terrain, we would rappel in or go down a ladder,” 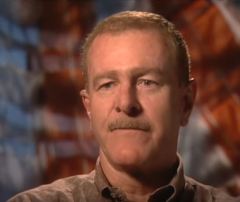 “I remember the sound of the helicopters.  You get ready to go into the landing zone and it was very very noisy.  You’d get on the ground, the helicopter would take off and all of a sudden, there was silence.  All you’d hear is the jungle sounds of bugs,”

“You’d never talk at all when you’re out in the bush.  There were do’s and do not’s.  One of the big do not’s was verbally communicating when you’re out in the field.  Listen for sounds – that was another key thing I remember was you always listened.  You wanted to hear the natural sounds – the birds, the monkeys and insects.  Normally, if you didn’t hear that, there was something that might be going on.  There may be an ambush being set up.  People might be in place, which frightens the animals who may be super quite.  So if you heard quiet, normally something was amiss,”

“When you do this type of operation, stealth is the most important thing.  So you walk very slowly and that’s how you would see a lot of things because the enemy couldn’t hear you.  So you’d walk around, stop and use hand signals,”

“We moved for a whole day.  However, the trackers began to close in on us,” Meyers

remembered, “They found our trail somewhere.  By night, they were within 25-30 feet of us.  So first light, we move out and at about 1:30 in the afternoon (we had been moving all day), we got to the top of a little hill and set up there.  I called the tactical and said, ‘Try to get somebody in the air because we’re going to have contact here,’

“They finally hit us at about 2:00.  They came after us wave after wave and we blew them back down the hill over and over.  At one point, they began stacking their bodies up because we had killed so many of them.  But when they first opened up, when that first jolt hit, it was almost like an apocalyptic death roar.”

Finally, the air cover arrived including helicopter gunships and A-1E Skyraiders carrying napalm.  The mission to target Echo 4 was over.  The goal then was to hold the enemy back and bring a helicopter in to carry the SOG team back to base and to safety.  The transport helicopter couldn’t get in right on top of the SOG team.  Instead, they had to fight their way through 25 foot high elephant grass to reach the chopper, their ride home.

“There stood the helicopter, the gunships are coming around doing gun runs to suppress any fire.  We finally get to the helicopter and literally throw everybody in there.  It’s just hovering there.  I looked up and Captain Tin was just sitting there as cool as a Rocky Mountain breeze, ‘Okay guys, any time you’re ready to go home, I’m ready,’” recalled Sgt. Meyers.

“One minute, you’re feeling trauma to the max.  They’re trying to get us the gunships and all this turmoil.  We get back to base and all the guys are there like, ‘Hey, you guys got back great!’ and you’re going, ‘Wait a minute!  We just barely got out of there!’ Then one of my buddies who was there asked how it had gone and I said ‘really bad’.  He wanted to know if we had killed anybody,”

Sgt. Meyer closed by saying, “I had to think about it that that day was the first time I had killed somebody.  But in the heat of it, you don’t think about it.  And then you talk about it but you just can’t let it bother you.  If you didn’t get him, he would have gotten you and you wouldn’t have gone home,”

“The North Vietnamese were really good at camouflaging their vehicles during the day, moving them at night and then they’d bring the supplies down into South Vietnam through Laos and Cambodia by vehicle.  We were interested in trying to determine where these things came from, what was being carried in them and where they were unloading them and any routes they were using to get into South Vietnam,”

“In March 1970, there had been a series of convoys riding on highway 110 in southern Laos right up to the border of South Vietnam.  That’s where they would disappear.  Supplies were being stockpiled for some major action.”

“I still remember that first night as we were laying on a hillside about 2 kilometers from the highway.  We could hear the trucks rolling down the road.  It was both exciting and fearful.  We knew they were there.  The next night, we would be down on that highway.  We reached it about noon,”

“When you fall through rain, it’s like being poked with icicles or icepicks.  It was a weird feeling.  There I was falling in a rain storm looking at my altimeter wondering where I am.  When I opened, I was just coming out of the clouds and I saw the terrain features.  It was very dark – about 2:00 in the morning.  I landed in the drizzling rain all by myself.  I figured that was the stupidest thing I’ve ever done in my entire life!”