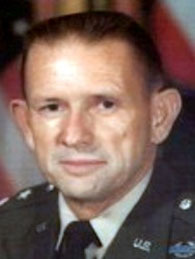 In 1977, Singlaub was relieved from his position as Chief of Staff of U.S. forces in South Korea after criticizing President Jimmy Carter’s proposal to withdraw U.S. troops from the Korean peninsula in an interview with the Washington Post. Less than a year later, Singlaub was forced to retire after publicly questioning President Carter’s national security policies. In 1979, Singlaub founded the Western Goals Foundation, a private intelligence network that was implicated for supplying weapons to the Contras during the Iran–Contra affair. Singlaub has contributed to several books and written an autobiography.

Singlaub was born in Independence, California, on July 10, 1921.[1] After graduating from Van Nuys High School in 1939, he attended the University of California, Los Angeles. After graduation, he received a commission as a second lieutenant of infantry on January 14, 1943.  As a member of Operation Jedburgh (Singlaub was part of the three man team codenamed “JAMES”), Singlaub parachuted behind German lines in August 1944 to work with the French Resistance fighters or Maquis groups that had swelled the resistance ranks after the D-Day invasion during World War II. Before the formal Japanese surrender, Singlaub parachuted onto Hainan Island, China, with eight other men under his command on August 27, 1945 to arrange the evacuation of the US, Australian, and Dutch prisoners of war held by the Japanese; he demanded proper food and medical care for the POWs, who the Japanese were still treating as prisoners.  He headed CIA operations in postwar Manchuria during the Chinese Communist revolution, led troops in the Korean War, managed the secret war along the Ho Chi Minh trail in the Kingdom of Laos and Vietnam, worked with the Contras in Nicaragua, and Afghan resistance during the Soviet invasion of Afghanistan.

In 1977, while Singlaub was chief of staff of U.S. forces in South Korea, he publicly criticized President Jimmy Carter‘s proposal to withdraw U.S. troops from the Korean peninsula. On March 21, 1977, Carter relieved him of duty for overstepping his bounds and failing to respect the President’s authority as Commander-in-Chief.  Less than a year later, Singlaub again publicly questioned President Carter’s national security policies, this time during a lecture at Georgia Tech, and was forced to retire. The U.S. Army Special Operations Command presented its first John Singlaub Award in 2013 for “courageous actions … off the battlefield.”

After retiring from the army, Singlaub, with John Rees and Democratic Congressman from Georgia, Larry McDonald founded the Western Goals Foundation. According to The Spokesman-Review, it was intended to “blunt subversion, terrorism, and communism” by filling the gap “created by the disbanding of the House Un-American Activities Committee“.  Prior to the collapse of the Berlin Wall and Marxism–Leninism in the Soviet Union in 1991, Singlaub was founder in 1981 of the United States Council for World Freedom, the U.S. chapter of the World Anti-Communist League (WACL). The chapter became involved with the Iran–Contra affair, with Associated Press reporting that, “Singlaub’s private group became the public cover for the White House operation”. The WACL was described by former member Geoffrey Stewart-Smith as allegedly a “largely a collection of Nazis, Fascists, anti-Semites, sellers of forgeries, vicious racialists, and corrupt self-seekers.” Singlaub is credited with purging the organization of these types and making it respectable.

U.S. Army General William Westmoreland described Singlaub as a “true military professional” and “a man of honest, patriotic conviction and courage.”[citation needed] Congressman Henry J. Hyde (Judiciary, Foreign Affairs, and Intelligence Committees), described Singlaub as “a brave man, a thorough patriot, and a keen observer”; someone who had been “in the center of almost every controversial military action since World War II.” Active for 40 years in overt and covert operations, he had private and secret interviews with many military and government leaders worldwide. He personally knew William Casey, Director of Central Intelligence during the Reagan Administration, as well as Oliver North, and was involved in the Iran–Contra affair. Singlaub was President Reagan’s administrative chief liaison in the Contra supply effort to oppose Moscow’s and Fidel Castro‘s advances in El Salvador and Nicaragua during the Cold War and their support for armed Marxist revolutionary guerrilla movements. Through his chairmanship of the world Anti-Communist League (WACL) and its U.S. chapter, the U.S. Council for World Freedom (USCWF), he enlisted Members of the US Congress from both political parties, Washington, D.C. policymakers, retired U.S. military officials, paramilitary groups, foreign governments, and American think tanks and conservatives in the Contra cause. He often met on Capitol Hill with members of the U.S. Congress, including Congressman Charlie Wilson (D-TX) about U.S. support and funding for the Contras and anti-communist resistance forces in Afghanistan opposed to the Red Army invasion of Kabul in 1979.

As of 2014, he lives in Franklin, Tennessee. He is a member of the advisory council of the Victims of Communism Memorial Foundation. Singlaub is the honorary vice president of London’s Special Forces Club. He is the chairman of The Jedburgh Group and president of the non-profit organization America’s Future, Inc.