The changes in the command structure were also noticeable in its subordinate units. For example, the 20th TASS was re-activated as part of the 505th Tactical Control Group (TACG) on 8 Nov 65, and was part of that group for ten months, then became attached to 6250th Tactical Air Support Group Provisional in September 1966. During the period when the SEAITACS was being developed, the subordinate unit structure was expanded and extended. The 504th TACG was created on 6 Dec 66.

Since its activation, the 20th TASS was based at Danang AB, SVN. To meet its varied mission requirements, it established a number of forward operation sites. Air Liaison Officers (ALO) were assigned to in-country operations, working with U.S. and Allied units in I Corps. The 20th TASS FACs flew with call-signs other than Covey. 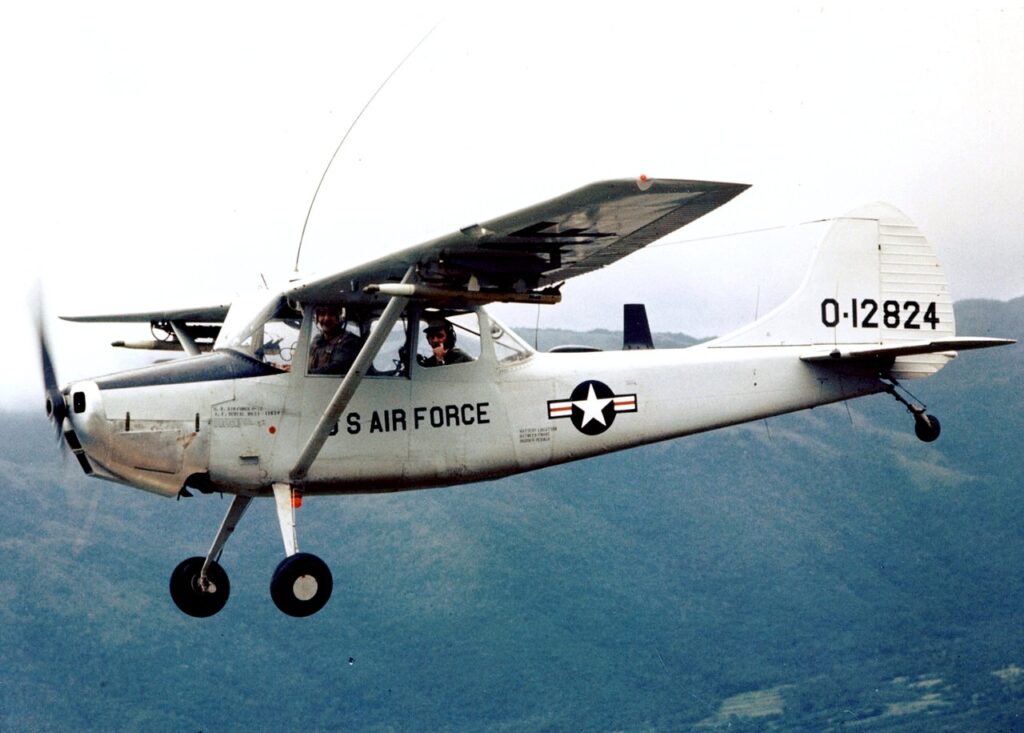 During 1967, Tiger Hound operations gathered momentum with each passing month, resulting in changes in operational rules. As previously noted, Laos had been divided into four zones. To improve operational efficiency, the 20th TASS was tasked to provide FAC coverage for Zones 1 and 2. To meet mission requirements, Zone 2 FACs operated out of Danang; Zone 1 FACs operated out of Pleiku. The Out-of-Country FACs call-signs were designated as COVEY. Danang’s Coveys, operating in Zone 2, were the 200 series; Pleiku Coveys, operating in Zone 1, were the 500 series. The 20th TASS received the first O-2 aircraft in SVN, mainly to support the Out-of-Country Operation.

The 19th TASS, based at NKP, Thailand, was assigned to provide FAC coverage for Zone 3; these FACs were given the call-sign of NAIL (previous call-sign was Gombey.)

The command structure and mission requirements remained the same for the next several years. Additional mission requirements were the support of Prairie Fire and Igloo White. At times, Covey FACs were also tasked to fly into NVN (the old Tally Ho area), to drop survival canisters to downed aircrews who were evading the enemy. 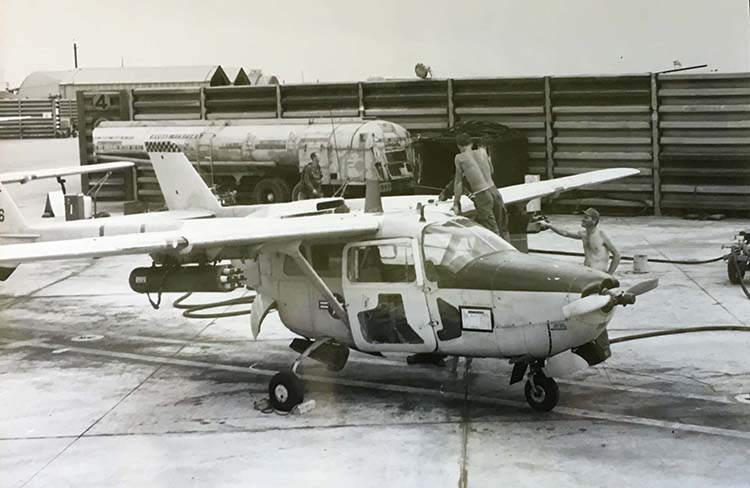 Support of the Igloo White mission brought the Coveys in by default. Igloo White was a rudimentary, air supported, anti-infiltration system consisting of strings of seismic, acoustical, and electro-magnetic sensors dropped in designated jungle areas. These devices were strung along a number of infiltration roads and trails, and were capable of providing immediate information on sounds and movements of personnel and vehicular traffic. The information was transmitted to a high-flying EC-121 (Bat Cat), which relayed the information to NKP, where it was analyzed and collated with other information.

To make this operation more efficient, Covey FACs were incorporated as part of the sensor placement. The Coveys marked the beginning of the proposed sensor location area, and then marked the ending of the drop area. The F-4, using the WP marks, lined up on both smoke marks and dropped the sensors between the marks; the area was photographed, and the sensor placement and location confirmed. The use of Covey FACs in this operation solved a lot of problems for Igloo White. 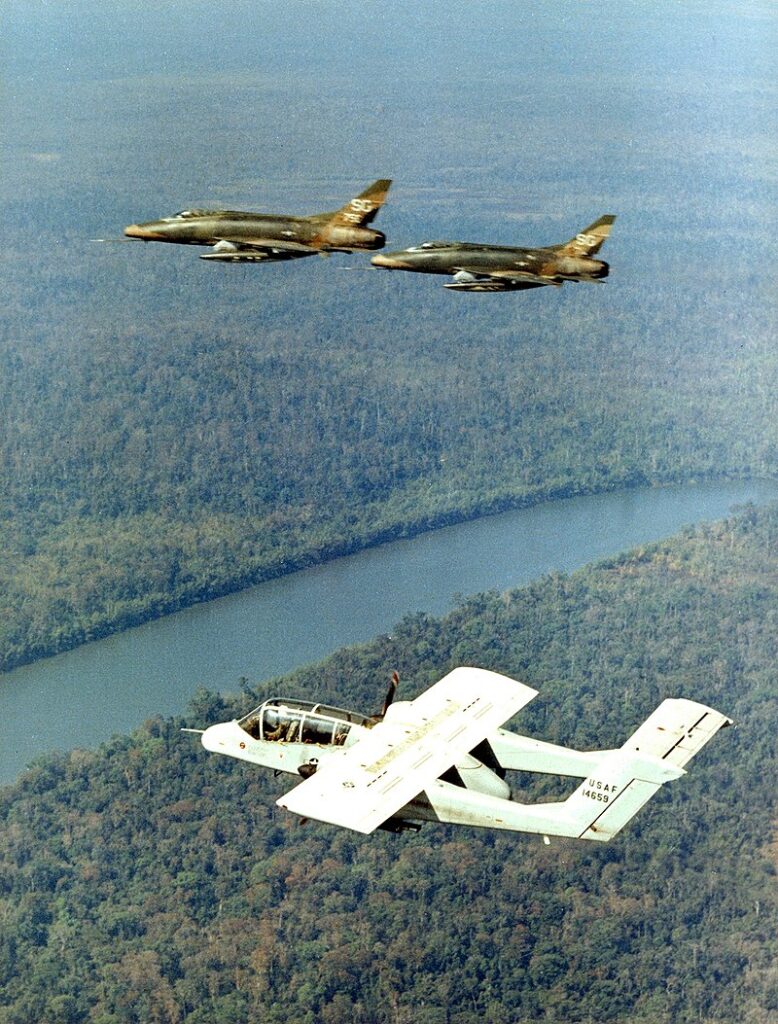 Prairie Fire was the code name for covert operations of the 5th Studies and Observation Group (SOG) in Laos. Initial reconnaissance teams were inserted into the border areas of the Laotian panhandle to locate and determine the extent of enemy traffic on the trail. This operation began in October 1965, and made significant contributions to the Steel Tiger operations by locating truck parks, POL and ammunition stores concealed by jungle growth or bad weather.

As Prairie Fire grew in numbers and mission scope, a designated Covey FAC, already familiar with the operational area, was assigned to each team. Each Prairie Fire Covey was checked out in working with a team, and flew with a Covey Rider. The Covey Rider was a member of SOG and a veteran of numerous Prairie Fire missions. He acted as liaison with the team on the ground and assisted the FAC in a variety of ways; the FAC and Rider quickly formed a complementary team. The Prairie Fire teams came to depend on the FAC for his ingenuity, composure, and when necessary, sheer determination.