Location: FOB-3 Mai Loc
Date: September 25th , 1968
Mission: Take One 2 ½ ton (Deuce and a half) truck with HF Eldorado (-) and attempt to drive to Dong Ha without additional security and buy, beg, or steal some coke and beer. 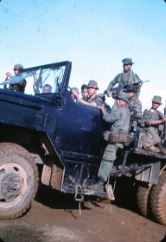 Deuce and a Half
My partner Gary Matson and I were lamenting the lack of beverages in the camp. Unlike all the other FOB’s, FOB-3 did not have a club. This may not sound like a big deal but when you have nothing it means a lot. It was also the rainy season, meaning everything was wet, muddy and miserable.  We decided to approach our Commanding Officer, Maj. Clyde Sincere, about permission to attempt a run to Dong Ha. Dong Ha was 20 miles from Mai Loc and on the coast. The Navy/Marines had a small resupply depot there with a ramp for unloading the Landing Craft that were loaded with pallets of supplies
Gary Matson
KIA 30 Oct 1968 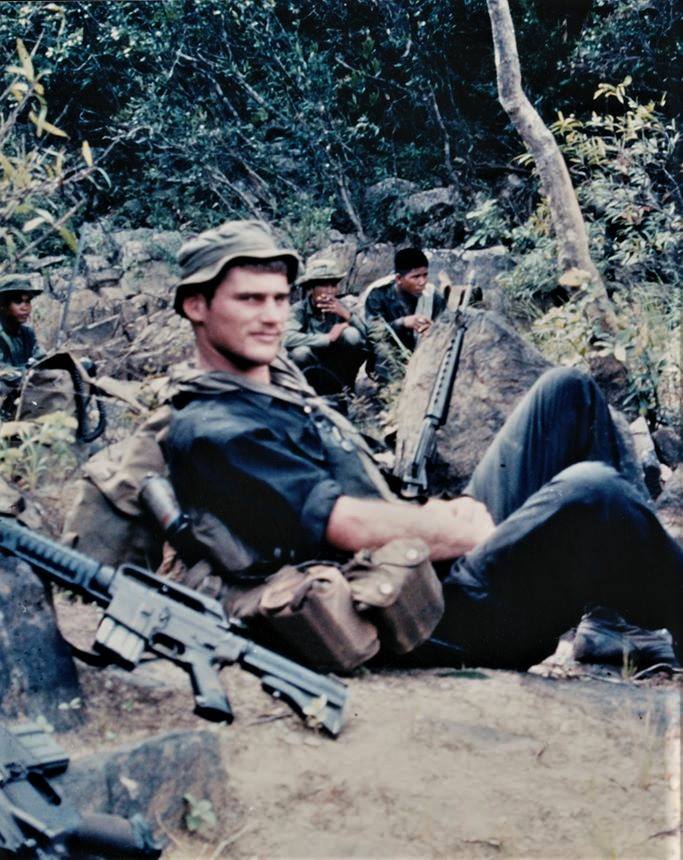 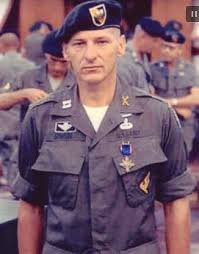 Our route would be 5 miles of unimproved dirt road from Mai Loc, North, to Cam Lo. This was Indian country, and we would have to be on our toes. At Cam Lo we would turn Right onto Hwy-9 and drive 15 miles to Dong Ha. Highway 9 was an improved gravel road until outside of Dong Ha, where it was paved. This stretch of road was also patrolled by the Marines and Army MPs near the town.

Turning onto Hwy-9 at Cam Lo, the road opened and became wider. Now the muddy surface was mixed with some gravel and seemed to be improving. The shoulders of the road were mostly mud as a light rain continued to fall. Our M35 2 ½ ton (Deuce and a half) weighed 12,000 lb.’s empty. After we traveled about 10 more miles towards Dong Ha, the right shoulder of the road suddenly gave way and without warning the deuce and a half rolled over onto its right side. The Bru went flying out of the truck bed but luckily were not injured. We scraped the mud off and set up a security perimeter around the truck and waited. This was not a good situation. This was a lightly traveled road and we had not seen a vehicle in a while. Both sides of the road were abandoned rice fields. The road was empty, no vehicle or foot traffic. Luckily, about 30 minutes later, 3 Marine M- 113 Armored Personnel Carriers came down the road and stopped. There was a Browning M2 .50 caliber machine gun pointed at us.  Gary approached the first APC and asked who was in charge.  A second lieutenant identified himself.  He looked about 18 years old. Gary promoted me on the spot from Spec 4 to First Lieutenant and on a “special mission”. Gary told them to get their winch out and pull our truck back upright.  Being good Marines, they did this quickly and in no time, we were on our way. 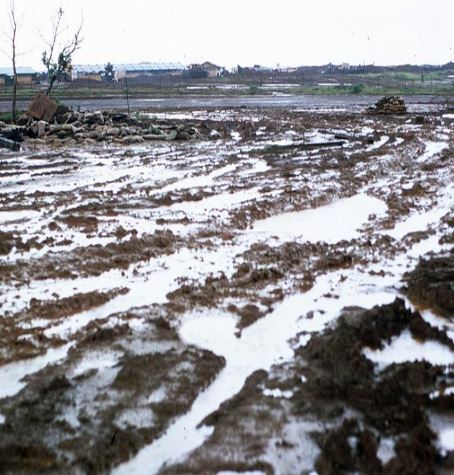 We arrived at the Naval ship unloading point. The Cam Lo River emptied out into the ocean at this point. There was a cement ramp about 100 feet wide used to unload the Landing Craft. The freighters were anchored offshore. The Landing Craft would come alongside, the freighter’s crane would lower the pallets into the craft which would return to the ramp. On the ramp was an American sailor operating a large forklift. The craft would lower its ramp so the forklift could enter, pick up the pallet, and take it over to a storage lot. The storage lot was small, about a half-acre and protected with two coils of concertina wire. On the South side there was a small Vietnamese housing neighborhood. Stacked up inside the wire were about 20 spare 175 mm artillery barrels. They were sitting in wooden cradles about 30 feet tall. These early model barrels weighed 12,000 lb.’s and were 35 feet long.  We noticed that one of the barrels was out of its cradle and laying on the ground. The forklift operator told us  that some Vietnamese had climbed over the wire and had moved the barrel out of the cradle.  How they did this I have no idea.  The weather was deteriorating, and the pallets being offloaded were getting soaked and when lifted fell apart. On the ramp, rolling around were hundreds of cans of beer and soda that the forklift would flatten out whenever it moved.  We asked the sailor if we could pick up the good ones and he gave his approval.  These cans were like goldto us.  He asked if the Bru would scare off the Vietnamese kids that had cut a hole in the fence and were stealing some of the cases stacked near the fence.  Of course, we agreed. I told Bun Ba to take one other Bru and scare the Vietnamese out of there.  The next minute or so several CAR-15 shots were fired near the barrels. Bun Ba returned and said they fired over the heads of the Viet’s and told them they would kill them next. They fled and did not return. Bun Ba asked the sailor for some concertina wire and wire cutters which he used to repair the fence. 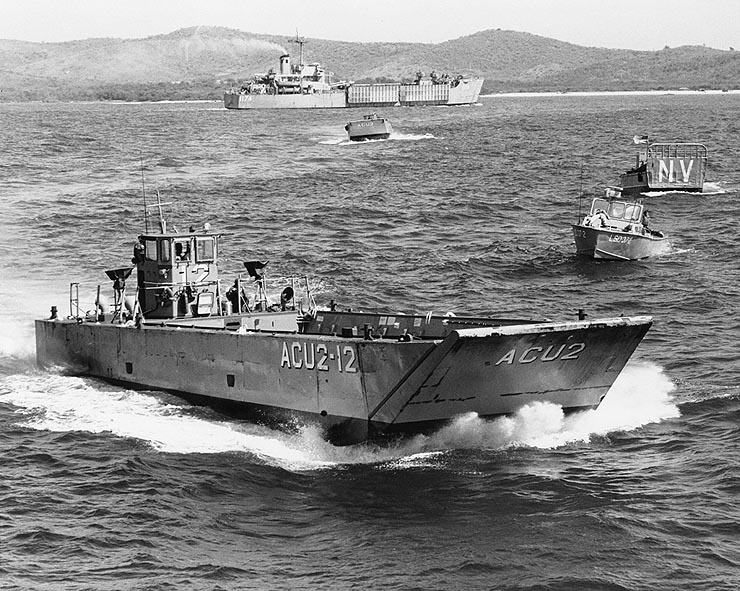 Our truck was getting loaded with soda and beer when Tu and Man Hoi approached us with an American Second Lieutenant and a Vietnamese man they had at gun point.  They had caught them out front of the compound. The Lieutenant was selling a case of poncho liners to the Viet. I told him the Bru wanted to kill him, but I wanted to call the MP’s.  I told him if he gave me the case of poncho liners and never returned, we would let him go.  He took the deal. The sailor helped us load the case. He also gave us cases of grapefruit and orange juice. His last gifts to us were cases of SP Packs, a supplement to the C-Rations. “SPs”, as they were known to those who served in the bush were treasured. The packs were rather large cardboard boxes that contained cartons of cigarettes, Chuckle’s candy, writing paper, envelopes, and ball point pens. Our truck was now overloaded and time to head home 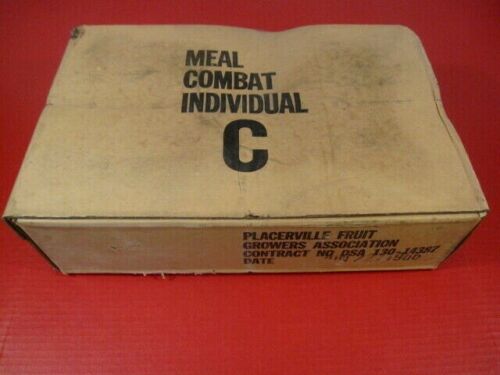 Outside of Dong Ha we stopped at a small Vietnamese food cart. I bought everyone large bowls for Pho’ Ga’ (Chicken soup). Some MPs had an incoming Checkpoint set up, so I walked over and asked them if they had seen a black jeep with two Special Forces guys in it. They said no.  We made good time to Cam Lo and then turned South to Mai Loc.  About two miles from Mai Loc, we came across Jim Helm’s jeep. It had hit a land mine and flipped over. There was blood everywhere, but no bodies. Returning to the FOB we learned that Jim and his partner were alive and had been evacuated to the hospital in Da Nang. The next time I saw Jim was after I ETS’d out of the Army. Jim was going home from Fort Deven’s and stopped at my house in Windsor, Connecticut. 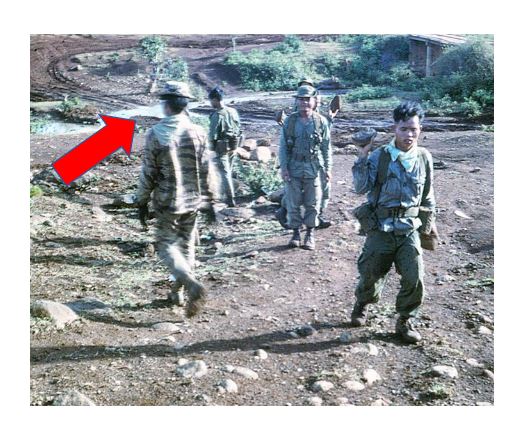 The red arrow marks the spot where SSG Jim Helm’s jeep hit a land mine the morning of 25 September 1968 wounding Jim and his partner. This is the dirt road from FOB-3 Mai Loc to Cam Lo. Earlier in the morning we had driven our truck right over the same spot. 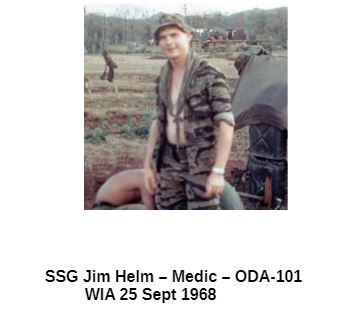 As we pulled into the FOB with our heavily over loaded truck, a large crowd congregated around our truck in amazement at the hundreds of cans of soda and beer.  The CO, Maj. Sincere came over and I handed him back his 6 whiskey bottles. The Supply Sergeant soon located a slightly mildewed GP Medium tent, 16 ft x 32 ft, and the medics donated an old rusty refrigerator that miraculously still worked.  By the next day we had a nice little club.
Mission accomplished.
Rye my M-60 machine gunner leaves club with a complimentary beverage 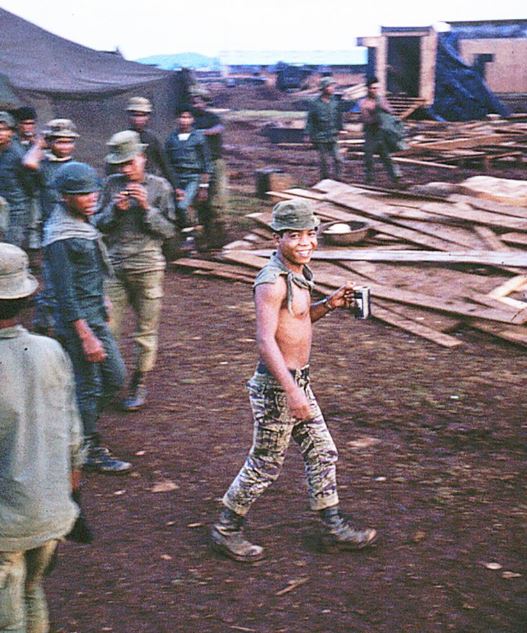 Author: Bob Donoghue is a retired Special Forces Master Sergeant who served in 3rd, 5th, 11th , and 20th Special Forces Groups during his 31-yearlong career. He was medically retired in 1999 due to a military parachuting injury he experienced in 1997. He served two tours in Vietnam for which he received multiple awards to include the Silver Star and Purple Heart. After
his military service he worked as a contractor in Iraq with SOC-SMG and later as an intelligence mentor with the Emergency Response Unit (Iraqi Ministry of Interior) while employed by USIS. Images: All photos, maps, and images provided by the author.
Tags:
Beverage Run to Dong Ha, FOB3, MACV-SOG, MACVSOG, Mai loc, SOG
Facebook Twitter Pinterest linkedin Telegram
Newer HALO history was made in SOG
Back to list
Older History of MACV-SOG Sponsors

END_OF_DOCUMENT_TOKEN_TO_BE_REPLACED

Facebook Twitter Pinterest linkedin Telegram
Cambodian Incursion, 1970 — Part Three By How Miller I wrote about the overt operations that were carried out during the Cambodian In...

END_OF_DOCUMENT_TOKEN_TO_BE_REPLACED

Facebook Twitter Pinterest linkedin Telegram
On 25 November 1970, Edward Ziobron volunteered to join a Hatchet Force platoon into Laos. Their mission was to raid an NVA regimental ...

END_OF_DOCUMENT_TOKEN_TO_BE_REPLACED

Facebook Twitter Pinterest linkedin Telegram
SFC Gilbert Lee Hamilton, FOB-1, who was awarded the DSC for his actions on January 17, 1968. He was on his 4th tour in Vietnam. As you...

END_OF_DOCUMENT_TOKEN_TO_BE_REPLACED

Facebook Twitter Pinterest linkedin Telegram
By Stephen L. Boylan “I am not sure of the exact date but I remember it was around the 1st or 2nd of April that the team was inserted ...

END_OF_DOCUMENT_TOKEN_TO_BE_REPLACED

HALO history was made in SOG