On 12 February 1971, RT California was on Day 3 of a 5 to 7 day Area Reconnaissance Mission in the Plei Trap Valley, South Vietnam. The location was significant in that cross border operations had been discontinued & this was the first in country operation for RT California. For this mission RT California consisted of 1-0 Chuck Clayton, 1-1 Galen (Motorpool) Mussleman, 1-3 Bob Camors & yours truly, 1-2 Toby Todd, along with 10 Sedeng Montagnards.

At about 1030 hours we came upon an abandoned enemy base camp; we swept through gathering intelligence, taking photos of dug in defensive positions & the general layout of the camp. Some 15 minutes later we moved through the back side of the backside of the camp onto a trail that led uphill. Chuck decided to halt the team at the top for a security break & lunch. We formed a defensive perimeter & every other man ate his lunch whilst the other maintained security watch.. I situated myself so I could see over Bob’s shoulder up the trail & Bob & one of the tail gunners could see over my shoulder & down the back trail.
I looked at the ‘Yard & suddenly his eyes got real big & he unloaded a full magazine down the back trail; at the same time Bob got hit in his left hand & wrist. I turned & fired a B-40 rocket back down the back trail, tossed Bob field dressing & reloaded…it was on.
Suddenly SOMETHING landed in our midst, to this day we’re not sure what is was, a grenade, B-40 round, but the explosion knocked me down & all of us were hit; Chuck yelled “Toby you asshole, was that you??” ‘Tweren’t me as I got knocked on my ass like everyone else. We kept up the fire til Chuck called for a retreat, but I can truthfully say RT California acquitted ourselves very well!! We went up against an estimated reinforced squad & kicked some BIG ass; yeah, we all got hit but we gave back much better that we got!! 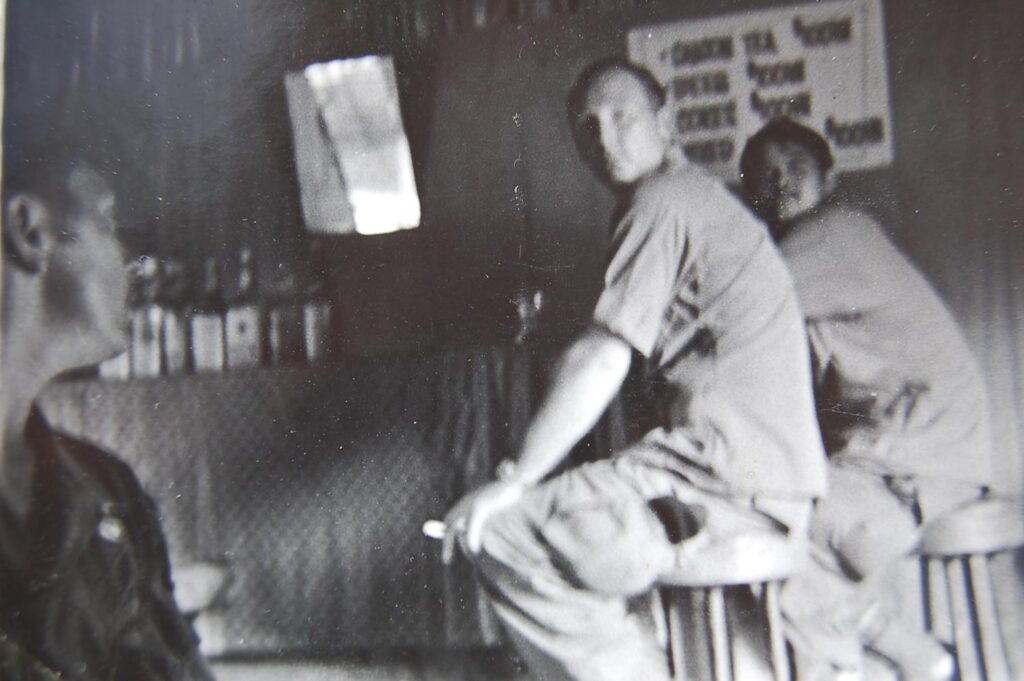 MTP got ahold of Covey, Country Grimes maybe or Larry White, he found a ladder LZ & away we went. On the way Chuck & Bob encountered an unfortunate soul & they fired him up. We arrived at the LZ & not too much time elapsed when choppers from the 57th AHC arrived with Snakes from the 361st Escort Co providing gunship support. RT California was extracted on two choppers & we were taken back to base at Kontum. The 4 Americans were taken to the dispensary & it was determined that Chuck, Bob & I would be medevaced to the General Hospital in Pleiku.
We stayed at the hospital for a week then Chuck & Bob were further medevaced to Quin Nhon & I caught a truck convoy back to Kontum. The first person I saw was CPT Bob Howard, Recon Company Commander. He shook my hand & asked did I wanna go before a promotion board in Nha Trang & after a quick trip to the ‘ville for some quickie R&R I was off to Nha Trang. About a week later I came back to find Chuck & Bob already there & RT California was reconstituted. 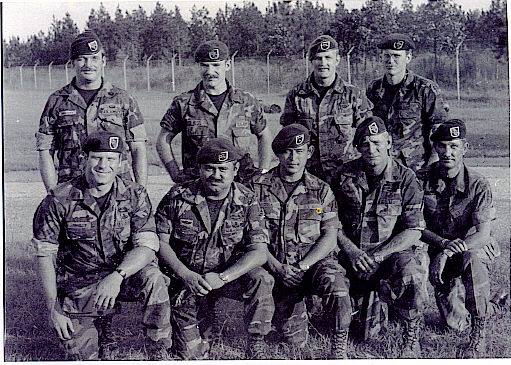 Sometimes I can’t remember what I ate for supper the night before but I can remember EVERYTHING about the mission, especially the firefight!! I recall Chuck telling me later that he was writing notes in his journal when the first round went off & he threw pencil & paper up in the air, grabbed his CAR-15 & looked around tryinta find out WTF was going on!!
I can’t say enuff about the courage & loyalty of RT California’s Montagnards. I’ve heard stories of other RTs indig abandoning the team when the going got tough but OUR ‘YARDS were right there with us. I also need to say that Chuck Clayton performed very well his first mission as 1-0. Joe Walker had left the team kickin’ & screamin’ to go down to Long Thanh & Joe passed the mantel down to Chuck & RT California never missed a beat!!
Thus is my Purple Heart Story!! 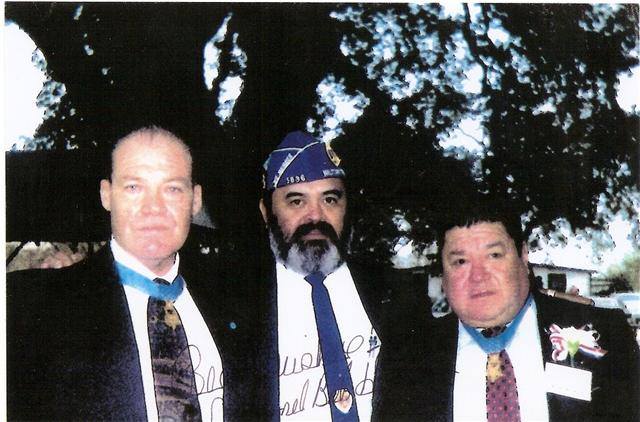