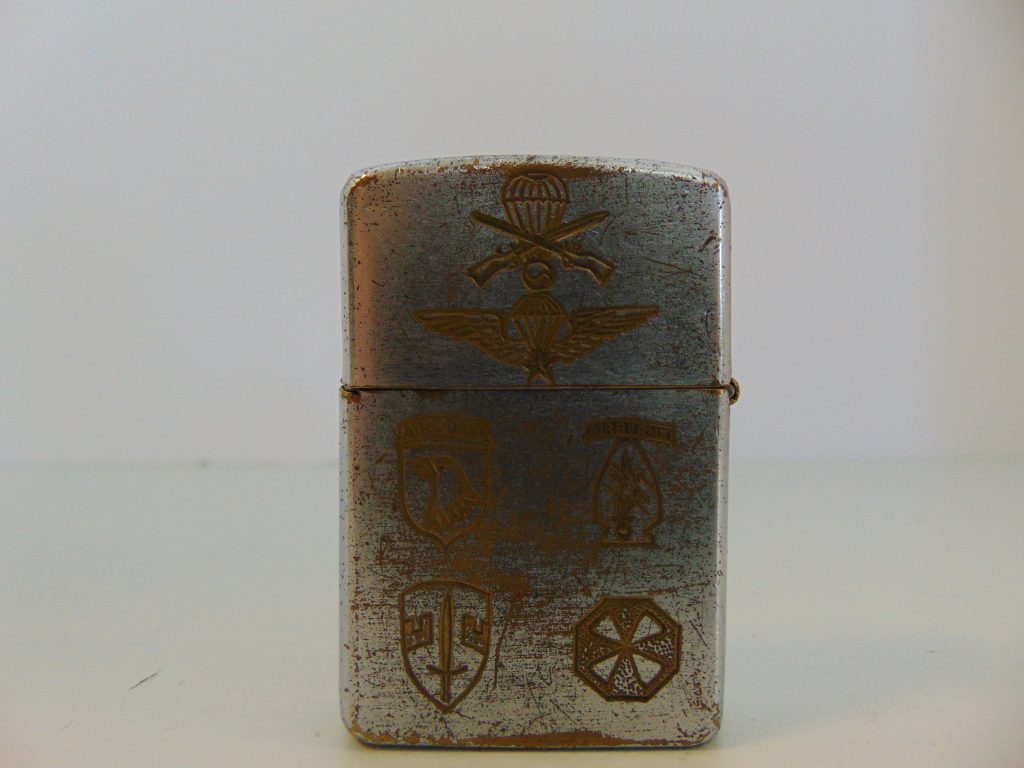 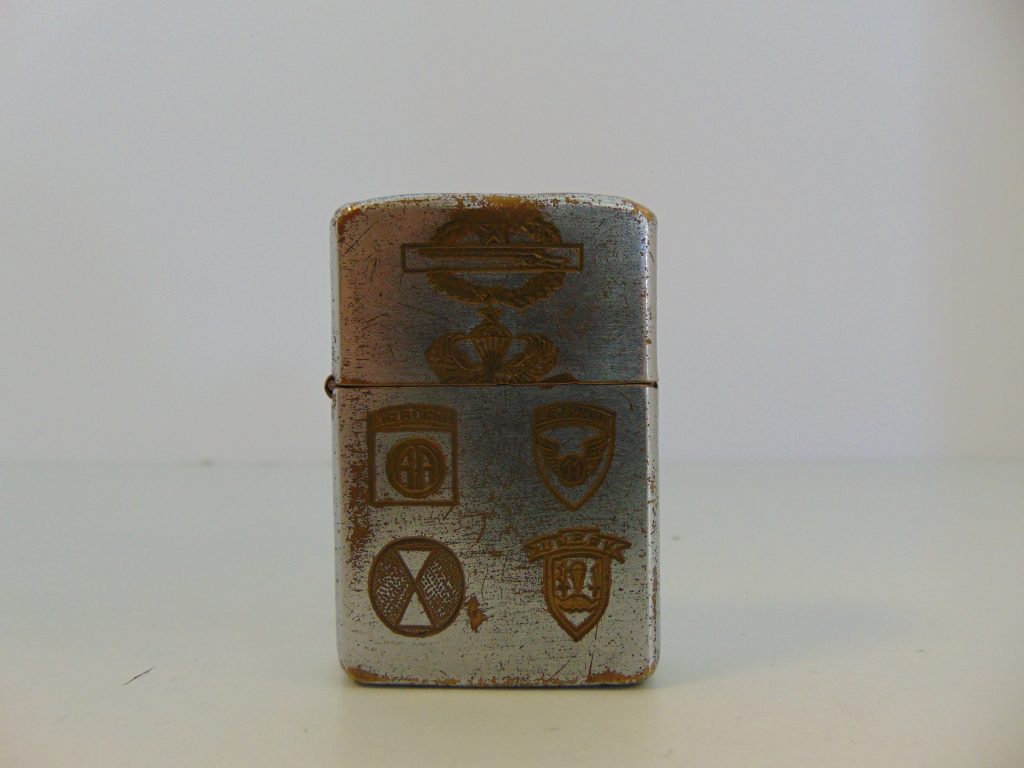 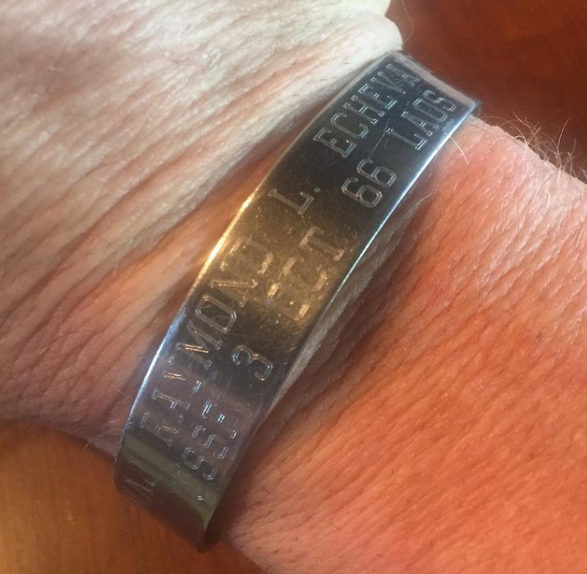 A POW bracelet (or POW/MIA bracelet) is a nickel-plated or copper commemorative bracelet engraved with the rank, name, and loss date of an American serviceman captured or missing during the Vietnam War.

The bracelets were first created in May 1970  by a California student group called Voices in Vital America (VIVA), with the intention that American Prisoners Of War in Vietnam not be forgotten.

Those who wore the bracelets vowed to leave them on until the soldier named on the bracelet, or their remains, were returned to America.

Between 1970 and 1976, approximately 5 million bracelets were distributed. 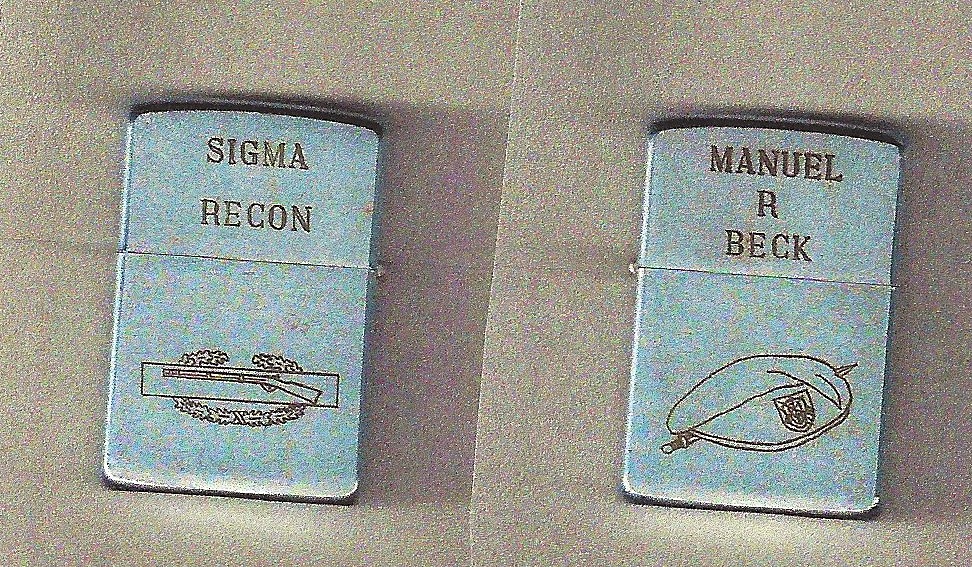 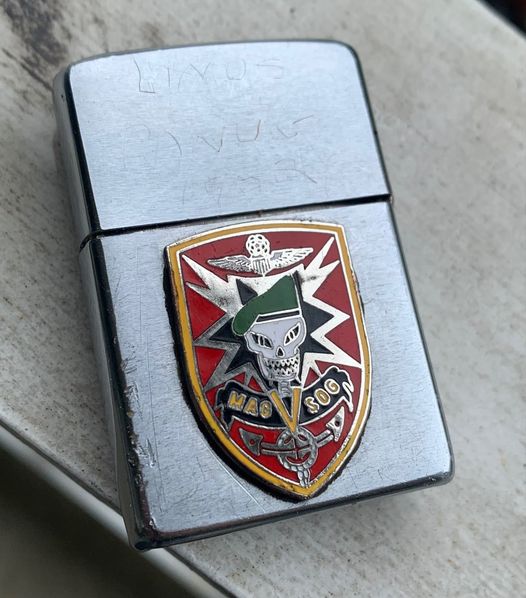 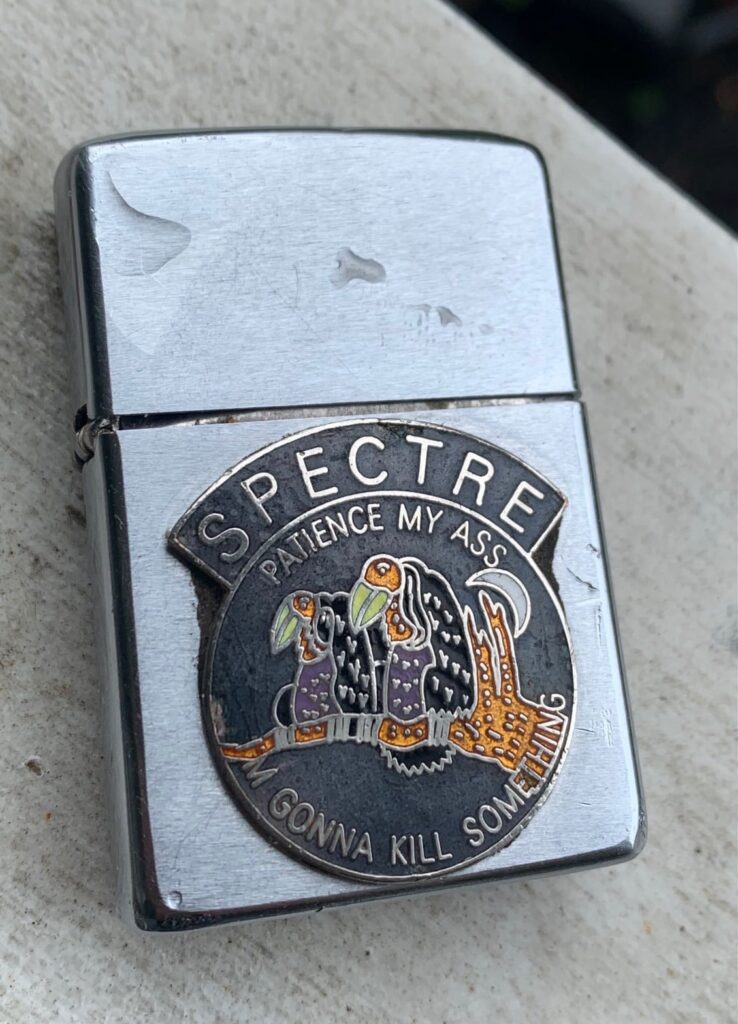 SOG on one side and Spectre on the other.
Scratched in LINUS DANUG 1962
close