Paul sought to get more involved in the war and requested to be reassigned to a unit which was more active. Paul’s requests was granted and he was assigned to the elite 8240th Far East Command, UNPIK, CCRACK This was the Special Forces of Korea. Paul commanded Baker Company which was a Airborne Unit. 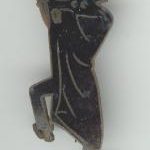 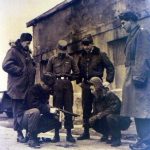 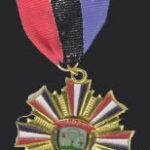 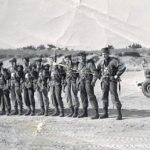 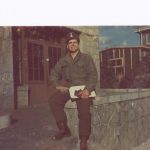 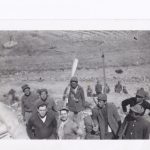 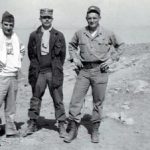 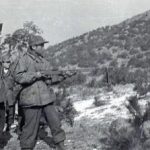 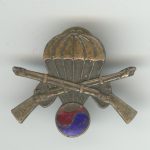 Original United Nations Airborne Infantry Badge. This was established by Col. Vanderpool. These were all numbered. This one is number 467 Paul Christensen Collection 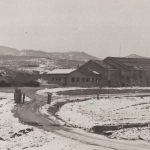 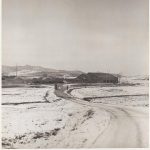 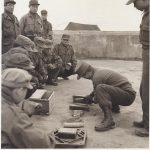 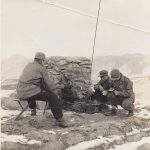 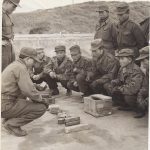 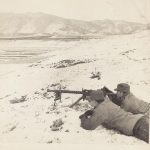 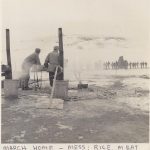 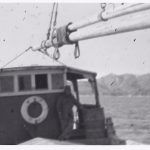 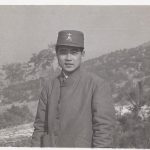 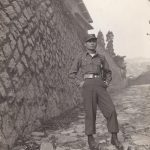 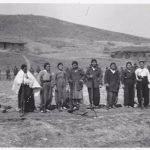 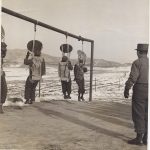 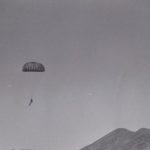 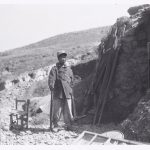 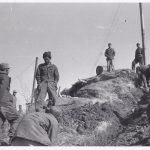 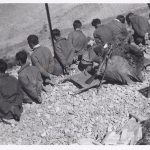 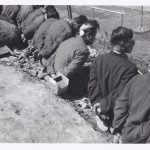 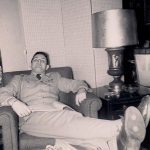 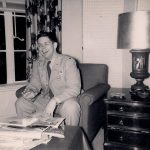 UN partisan operations in Korea began more by chance than from planning. During the retreat in Nov-Dec 1950, thousands of anti-Communist North Korean citizens were left behind to fend for themselves. Facing almost certain death at the hands of the communist invaders, these people fought their way to North Korea’s west coast and sailed to offshore islands where they prepared to fight a last ditch battle. The US 8th army eventually learned that friendly North Koreans still held the offshore islands. In January, the Guerilla Section, Eighth Army G-3 Miscellaneous, came into being. A six-man cadre code named LEOPARD arrived on Paengyong-do, a large island off the North Korean held west coast and started the massive task of bringing partisan groups under Eighth Army command. Leopard’s seaborne and interior operations started producing immediate results. Infiltration teams made contact with and supplied other partisan groups already operating within North Korea . Bridges were blown, roads and railroads interdicted, small North Korean and Chinese detachments wiped out, and a reliable agent network were established. Chinese & North Korean troops were diverted to badly needed front line units to beef up security and anti-partisan operations. The strength of Leopard expanded daily until by June 1951, west coast partisans counted more than 8,000 men. This made reorganization necessary and resulted in the formation of WOLFPACK first on the island of Yongpyong-do and then Kanghwa-do at the mouth of the Han River in the Yellow Sea . Excellent results were accomplished immediately. They compiled a record of successful raiding actions with a small loss record. A new section called TASKFORCE KIRKLAND (later called SCANNON) was formed to handle partisan operations on Korea ‘s east coast. In May 1951, the Guerilla section became an independent Army unit — the 8086th AU. This was subsequently changed to 8240th AU Far East Command Liaison Detachment (FEC/LD) and all partisan operations came under the Guerilla Division, called UN Partisan Infantry Units (UNPIK) and then UN Partisan Forces, Korea (UNPFK). Various missions were conducted north of the MLR and involved parachute drops, infiltration teams, and coastal raids. American troops comprised the cadre for all partisan units, providing training, radio communications, supplies, and also accompanying most of the operational missions for intelligence purposes. Liaison was coordinated with Eighth Army, IX Corps, US Navy, and CIA in which the 8240th Army Unit carried out rescue operations, search & destroy raids, and intelligence missions. In 1953 the partisans tied down over 200,000 enemy troops along the west coast to combat hit & run operations. The cease-fire took place in July 1953 at which time the partisans tallied 69,000 enemy lives and 950 prisoners during 4,445 combat actions. They captured over 5,000 weapons, destroyed 80 bridges and more than 2,700 vehicles. In 1954 UNPFK was disbanded and although about 12,000 partisans came under ROK control, approximately 10,000 others simply disappeared. 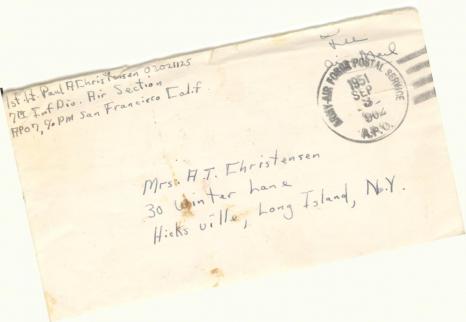 LETTER FROM THE FRONT LINES-KOREASunday, September 2, 1951

Dear Mom,Today is Sunday. I got up felling wonderful. I then went on a mission at 0630. I saw 1000 gooks-including 3 on horses. Shot artillery at some and estimated 30 killed and 70 wounded. Than I landed and had 5 eggs scrambled, toast, coffee and grape juice, drank two cups or tea with our chink. Then I took a bath in our ice cold crystal clear stream, shaved and brushed my teeth. I then drove to division Headquarters to get a hair cut, too big of a line. (Noon time) two hamburger steaks, onions, fried curled potatoes, water, ice cream, and peaches. I am drinking the water now. Was very cold this morning, not so now. Drove to Div. HQ to get hair cut and money order. I did some. I took my 38/44 and shot 24 rounds of 38 special. I then went back to Div HQ for H.C and M.O., didn’t get them. You look good in your picture. I will send you something nice from Japan in 7 days. No news from my buddy Howard, lucky dog will mostly likely go stateside.

COB of the 31st wiped out last night The 17th Infantry is fighting like hell now. The War goes on. I little birdie told me that all of the officers will stay until we get full strength (200 more officers). So I must make a estimate of the situation, all us Commandos do that when we decide we don’t know what we are doing.- Yes. I will send you some pictures from Japan. One thing about the service doctors, they pull a bottom tooth by mistake. I got a piece of hand grenade, stitches in my face. They will give me an X-ray when I get to Japan and I will stay in the hospital a few weeks with my buddies. HA HA. Must go get some ice. Have much to do, we war mongers. Love your son,