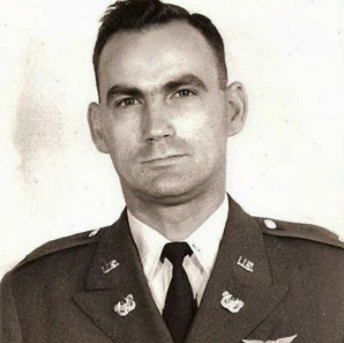 Source: Compiled by Homecoming II Project 01 September 1990 from one or more of the following: raw data from U.S. Government agency sources, correspondence with POW/MIA families, published sources, interviews.  Updated by the P.O.W. NETWORK 2020.

SYNOPSIS: Lam Son 719 was a large-scale offensive against enemy communications lines which was conducted in that part of Laos adjacent to the two northern provinces of South Vietnam. The South Vietnamese would provide and command ground forces, while U.S. forces would furnish airlift and supporting fire.

Phase I, renamed Operation Dewey Canyon II, involved an armored attack by the U.S. from Vandegrift base camp toward Khe Sanh, while the ARVN moved into position for the attack across the Laotian border. Phase II began with an ARVN helicopter assault and armored brigade thrust along Route 9 into Laos. ARVN ground troops were transported by American helicopters, while U.S. Air Force provided cover strikes around the landing zones.

On February 15, 1971, during one of these maneuvers, a CH47 helicopter was assigned the task of ferrying a load of gasoline into Savannakhet Province, Laos. The crew of the aircraft consisted of SP4 Donald E. Crone, crew chief; CWO Marvin M. Leonard, pilot; SP4 Willis C. Crear, door gunner; SP4 John L. Powers, flight engineer; 2Lt. James H. Taylor, aircraft commander. WO Barry F. Fivelson was a passenger onboard the aircraft.

During the mission, the aircraft was hit by enemy fire and began to lose altitude. During the descent, the sling load apparently exploded, causing the helicopter to explode, break into pieces, and crash. Observers later said that the helicopter seemed disoriented and that it had overflown the nearest friendly location by several miles and had descended in enemy-held territory about 10 miles southeast of Sepone.

According to the U.S. Army, air searches conducted within minutes of the crash revealed no sign of survivors. However, according to information given to family members, the aerial search failed to find evidence of a crash. A ground search was not possible because of hostile threat in the area. (Note also that Defense Department data remarks indicates that a crash site was found and that no survivors were observed from the air.)

The men aboard the CH47 were all classified Killed/Body Not Recovered. The families maintain there is still a mystery surrounding the crash of the aircraft, and they would like to know the whole truth.

Proof of the deaths of Powers, Fivelson, Taylor, Crear, Crone and Leonard was never found. No remains came home; none was released from prison camp. They were not blown up, nor did they sink to the bottom of the ocean.  Someone knows what happened to them.