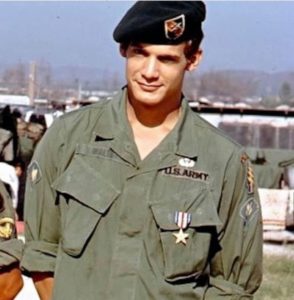 A personal Side of John Walton

The headlines announcing the tragic death of John Walton focused on the personal fortune he had amassed as the second of three sons of American icon and entrepreneurial pioneer Sam Walton, the founder of Wal-Mart.

Since 1968, the John Walton I knew was first and foremost a family man —- when his father was dying of cancer, he flew around the world searching for remedies to the disease that ultimately claimed Sam Walton’s life.

He was an intelligent free spirit who went his own way in life —- becoming a Green Beret medic and succeeding in the businesses he started while extolling the virtues of charter schools.

Yet, the man who died Monday when his ultra-light aircraft crashed in Grand Teton National Park, was the same, humble, caring man I first met 37 years ago in Phu Bai, South Vietnam.

In the early days of our friendship, we exchanged family notes: my dad was a milkman, his dad “had a five-and-dime store” in Bentonville, Ark., and we had strong, no-nonsense moms.

In May 1968, we were young Green Berets who had just entered the secret war that was fought during the Vietnam War. We were stationed at FOB 1 in Phu Bai as members of small reconnaissance teams that ran top-secret missions across the fence into Laos, Cambodia and North Vietnam.

In August of ’68, on one such mission, Walton’s six-man recon team was surrounded and overrun by enemy soldiers. The attack was so fierce, the team leader called an airstrike on his team to break the enemy attack. That strike killed one team member, wounded the team leader and severed the right leg of the Green Beret radio operator Tom Cunningham Jr., of Durham, N.H. Another team member was wounded four times by AK-47 gunfire by an enemy soldier whom Walton killed.

A South Vietnamese helicopter pilot, Capt. Thinh Dinh, landed and picked up the five living members of the team while under heavy gunfire and barely extracted the team from its sure-death firefight with hundreds of enemy soldiers.

As ’68 rolled along, our friendship grew as we became strong competitors in Scrabble, poker and impromptu football games.

He also shared his dreams: he said that if he lived, he would return to the U.S., buy a motorcycle and drive across country. Then, he’d get his pilot license, find a job and explore Mexico and Central and South America.

He pursued those dreams with vigor, eventually becoming a crop-duster for six months a year, while driving his VW bus south, into and through Mexico. During those years, I’d called his mom for John’s latest phone number while my mom would get calls from John. By the ’80s, as Wal-Mart became a force to be reckoned with, John went his own way, building several success businesses while living with his wife, Christy, on a trimaran before they bought a sailing captain’s historic house in National City. They also had a beach in North County.

John Walton also cared about the environment. When we met for a recent breakfast in Oceanside, he drove a small Toyota hybrid.

And, he remembered his comrades from Vietnam. In 2003, he flew his executive jet to Fargo, N.D., to pick up now-Col. Thinh and family to fly them to a reunion in Las Vegas that honored the Vietnamese pilots who operated in the secret war.

That’s the kind of guy he was —- one who cared more about others than himself.

The following is from:

SOG…THE Secret War’s of America’s Commandoes in Vietnam by  John Plaster; however it contains a number of errors including putting John on the wrong team. The article by J. Stryker Meyer above contains the correct information.

On 3 August 1968 a reconstituted RT Idaho, led by One-Zero Wilbur Boggs, inserted into the Ashau Valley about ten miles from where the old RT Idaho had vanished on 20 May. Boggs’ One-One, Specialist Four John Walton, was an accomplished poker player, friendly, intelligent and a talented medic capable of surgery. Idaho’s One-Two was a new man, Private First Class Tom Cunningham.

Not long after insertion, swarms of NVA descended on RT Idaho, and soon One-Zero Boggs was seriously wounded, two ‘Yards’ were dead and the team immobile, hopelessly encircled by NVA so close Walton could see smoke from their cigarettes. With the team about to be overrun, young Walton did the only he could and called an air strike practically on top of RT Idaho, which hit friend and foe alike.

The NVA pulled back. It took every bit of Walton’s medical skill to keep his wounded teammates alive, though Tom Cunninham would lose a leg. That anybody made it out is attributable to Walton’s courage, cool head and medical ability. He was awarded the Sliver Star. 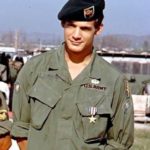 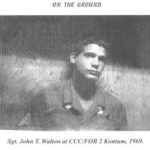 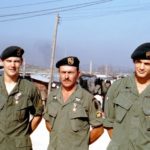 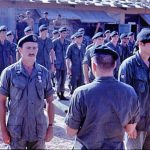 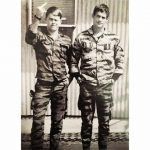