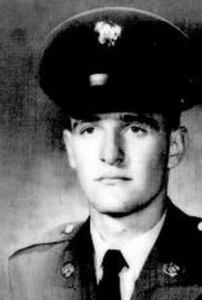 REMARKS: REMS OF OTHER CREW RECOV – J (above personnel NOT remains recovered)

Source: Updated by P.O.W. NETWORK from one or more of the following: raw data from U.S. Government agency sources, correspondence with POW/MIA families, published sources, interviews.  2020

WO Alford was returning to his base at Nha Trang from Duc Lap at about 1920 hours when he made his last known radio contact with the 48th Aviation Company Operations at Ninh Hoa. Either the pilot or aircraft commander gave his approximate location as Duc My Pass, and stated he was in the clouds and instrument meteorological conditions (IMC). Shortly afterwards, the controller at Ninh Hoa heard a radio transmission that WO1 Alford was in trouble. The pilot reported, inexplicably, that the helicopter was flying upside down.

The Defense Department has told family members that the helicopter was on a secondary mission heading toward a buffer zone between Cambodia and South Vietnam, an area in the Central Highlands the helicopter was in by mistake.  The helicopter is not believed to have been shot at. Search efforts were conducted for six consecutive days, but nothing was found.

According to the Defense Department, one crew member’s body was recovered at a later time, but no remains were ever found that could be identified as Alford, Klimo, Ware or Cavender. The four crew members were not among the prisoners of war that were released in 1973.