Oscar Eight was North Vietnamese General Vo Bam’s 559th Transportation Group’s forward headquarters. It was also the Ho Chi Minh Trail’s control center and contained the largest NVA storage facility outside of North Vietnam. Oscar Eight was defended by consecutive belts of anti-aircraft artillery (AAA) guns of all sizes that were not only stationed on the ground, but also mounted on platforms in the trees and were expertly camouflaged. Oscar Eight also favored the enemy because the only suitable landing zones were located in a wide bowl surrounded by jungle covered high ground containing AAA guns and bunkered infantry.

Several hundred SPAR (Special Agent Reports) had been intercepted from the target area within a 24 hour period. These radio transmissions were originated by the NVA and were possibly associated with the Commanding General of their Army Nuyen Van Gaip. Based on this intelligence, it was decided to conduct a company size hatchet force raid, commanded by Maj Jerry Kilburn (FOB-2). The Hatchet Force (HF) arrived at Khe Sanh, remained overnight at the Launch Site, and inserted early in the morning of 3 June 1967.

At 0545, MSG Billy Waugh boarded an 0-2 aircraft to fly FAC as the Covey Rider, flying toward the target, staying in the “Gray Forrest” area along Route #222. At about 0630, the FAC observed the condensation trails of nine B-52’s. The raid on Oscar Eight began at dawn with an Arc Light by the B-52s. MSG Billy Waugh watched nearly a thousand 500 and 750 pound bombs walk across Oscar Eight, setting off fifty secondary explosions. 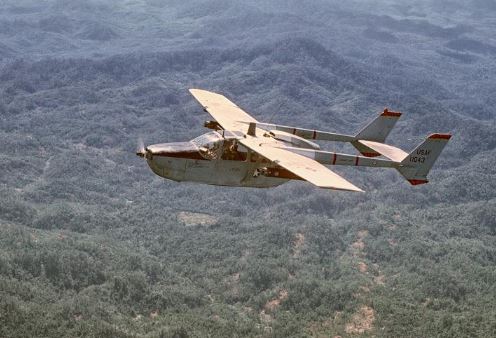 The FAC performed 360’s as the B-52’s dropped their loads, flew over the target area, noticed several secondary fires, and actually watched as the NVA rolled what appeared to be barrels of gasoline from one of the burning areas. The NVA were swarming, and immediately took the FAC aircraft under fire with what was probably a set of 12.7 AA guns. The FAC “hauled ass” away from the area, and sent a transmission to “scratch the infil, as the area was crawling with pissed-off NVA.” Too late, the transmission did not make it in time. Due to the high hill range, just to the North of the LZ, transmissions to the launch site were not completed. As soon as the Arc Light was over, the raider company arrived with the mission to conduct a BDA of the arc light bombing, capture any WIA NVA, and capture any NVA equipment in the area. 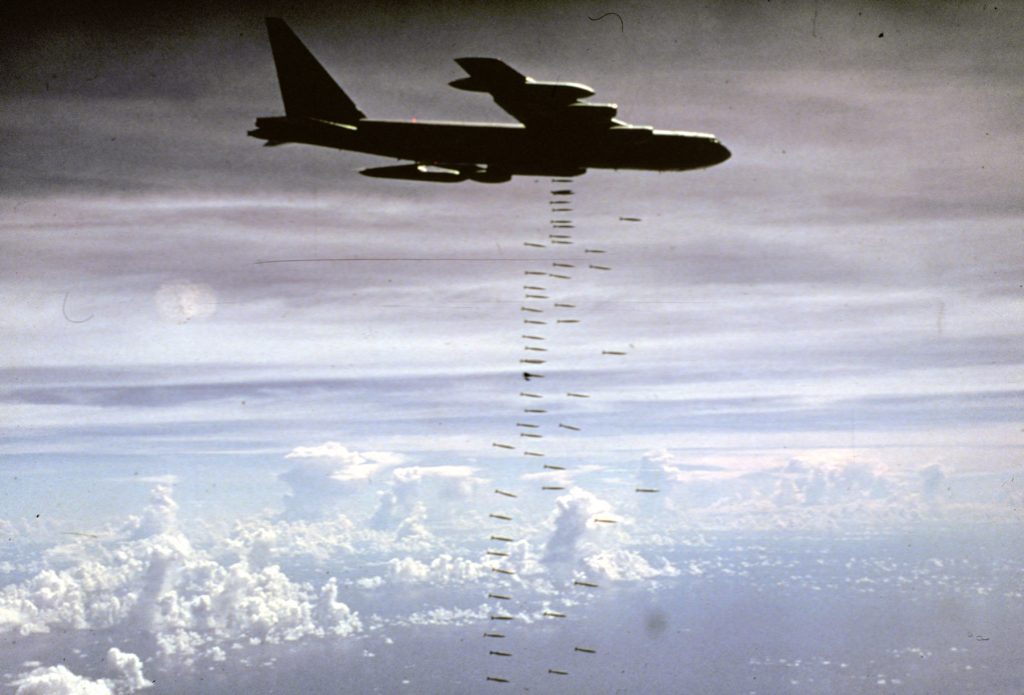 The very first Marine Huey Gun ship across the intended LZ and was shot down to the south of the LZ. The first CH-47 (Chinook) with troops was noticed landing just to the North of the intended LZ, this bird was shot down as it lowered to the LZ and broke into two pieces on impact. A second Chinook attempted landing, and was also shot down, An H-34 (SOG rescue bird) came into the area, to infiltrate troops, and was shot down, landing to the South of Route 922. The crew was seen fleeing from this bird, to the West (subsequently rescued).

Another two USAF aircraft were shot down – an A1E Skyraider and a F4. Only the pilot of the A1E, Lt. Col. Lewis M. Robinson, was not recovered. He was unable to eject before he crashed into a jungle covered valley roughly 5 miles south and slightly east of the battle site. Lewis Robinson was listed Killed in Action/Body Not Recovered. (Years later his remains were recovered and repatriated).

The approximately 100 SOG men that were inserted were quickly surrounded and took cover in a few bomb craters. The Hatchet Force Company had enough firepower to cut down any NVA assault, but not enough to themselves overpower the NVA. The only option was to exfil.

A USMC CH-46 settled among the bomb craters, took some hits but lifted safely away with almost a platoon aboard.

On the LZ, three SOG NCOs, Charles Wilklow, Ron Dexter and BIlly Ray Laney, readied the next chopper load of Nungs, and when the second Marine CH-46 came in, they and two dozen mercenaries leaped aboard and returned the heavy ground fire as they lifted away.

The aircraft received extensive automatic small arms fire upon takeoff from the Landing Zone, took numerous hits and crashed 350 meters from the LZ. The helicopter did not burn on impact, and continued to receive fire.  The troops waiting at the LZ could not search for survivors from the downed aircraft because of the hostile threat in the area. Air searches located the survivors of the crash, but they could not be evacuated. SFC Wilklow gave the following account of what happened to the crew and passengers aboard the CH46:

SFC Dexter appeared uninjured and left the wreckage with a large number of ARVN troops. CPT Hanson (pilot) was wounded and outside the helicopter, but stated that he had to return to get his carbine. The Marine Corps believes he died of the wounds he received when the aircraft was overrun, although Hanson’s wife later identified her husband in a widely distributed Vietnamese propaganda photograph of a pilot being captured. When last seen, all the other Americans were still in the wreckage, and enemy troops were tossing grenades toward the aircraft with no attempt to capture the personnel inside. Wilklow left the crash site, and noted that gunfire suddenly stopped.

When Mr. Ky, the Nung Commander was being evacuated by the last helicopter out, he noted several men (undoubtedly Dexter and the ARVN) in a large bomb crater firing red star clusters from a flare gun. Frank Cius was taken prisoner and released from Hanoi in 1973. Ronald Dexter, according to Frank Cius, was captured, and died in captivity on July 29, 1967. John Gardner, according to the USMC, died on the ground after the crash of the aircraft due to intense enemy fire. Billy Laney was last seen lying wounded on the floor of the aircraft between a crewmember with a broken back (believed to be Bodden) and the door gunner with a head wound (believed to be Cius). (The U.S. did not know Cius was captured until he was released.)

A report obtained from a captured Nung Commando who was later released tells of CPT Hanson, Lt Gardner, and SGT Bodden being executed by NVA soldiers. Of the six Americans MIAs, only USMC Lance Corporal Frank E. Cius, Jr. was confirmed by Hanoi. After Cius’s release in 1973, he told Dexter’s brother that Ronald Dexter had been captured but died in enemy hands.

To read the story of how SFC Charles F WILKLOW, shot in the leg, crawled right into an NVA camp and survived, I suggest John Plaster’s book “SOG: The Secret Wars of America’s Commandos in Vietnam”.

SFC Dexter: Silver Star Citation: For gallantry in action while engaged in military operations involving conflict with an armed hostile force in the Republic of Vietnam: Sergeant First Class Dexter distinguished himself by exceptionally valorous actions on 3 Jun 1967 while serving as a Special Forces advisor to a Vietnamese squad on a combat operations deep in hostile territory. While serving as point element for the company as it moved through dense jungles, his squad was savagely attacked by a numerically superior Viet Cong force firing from well-established and concealed positions. Sergeant Dexter was seriously wounded in the initial assault, but refused aid and deployed his men for an attack on the enemy positions. Receiving withering fire, he led a furious charge into the face of the hostile weapons and relieved the pressure on the rest of the company. His fierce attack completely disorganized the Viet Cong and forced them to flee, but he ignored his own safety and led a pursuit of the routed insurgents. While being evacuated later in the day, his helicopter was shot down by intense enemy ground fire and crashed in the midst of hostile forces. Heedless of hand grenades and rifle fire pouring into the ship, he organized the wounded and directed their withdrawal to the friendly perimeter. He was wounded again while moving from the helicopter but stayed behind and fought furiously to cover the movement and evacuation of his men to safety. Sergeant First Class Dexter’s gallantry in action was in keeping with the highest traditions of the military service and reflect great credit upon himself, his unit, and the United States Army.

SFC Laney Silver Star citation: For gallantry in action while engaged in military operations involving conflict with an armed hostile force in the Republic of Vietnam: Sergeant First Class Laney distinguished himself by exceptionally valorous actions on 3 June 1967 while serving as Special Forces advisor to a Vietnamese company during a search and destroy mission deep in hostile territory. As the friendly unit moved toward a dry steam bed, it was ambushed by Viet Cong Sergeant Laney immediately fired on the insurgents suspected positons and enabled his squad to move from the enemy ambush. He was wounded by enemy fire but led his men up the opposite side of the stream bed and placed them into positions from which they could cover the rest of the company. His clearheaded actions prevented the Viet Cong from inflicting numerous casualties in the ambush. Indifferent to his wound, Sergeant Laney led his men to a landing zone later in the afternoon and boarded a Chinook helicopter. While he was treating the wounded during takeoff, the helicopter was shot down by intense enemy fire. Sergeant Laney directed his men to exit the aircraft and he elected to remain behind to cover their escape. He enabled his men to reach the safety of a friendly perimeter. Sergeant First Class Laney’s gallantry in action was in keeping with the highest traditions of the military service and reflect great credit upon himself, his unit, and the United States Army.

American and Nung warriors lost on June 3rd, 1967, during the raid on ‘Oscar Eight’, Laos. 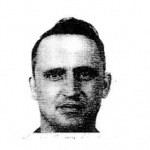 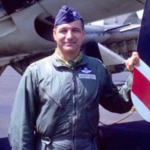 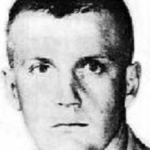 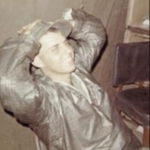 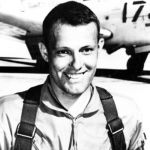 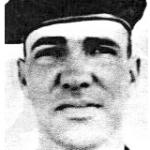