My First Mission Across the Fence

I was assigned to Spike Team Tiger as a replacement for SSG Gary L Crone who was killed by small arms fire on 29 January 1968 on Hill 471 while clearing out NVA Forward Observers. The Siege of Khe Sanh had started on 21 January 1968 and Hill 471 was located 2.3 kilometers due South of FOB-3 and the Combat Base. NVA artillery spotters used Hill 471 to adjust fires onto the base. 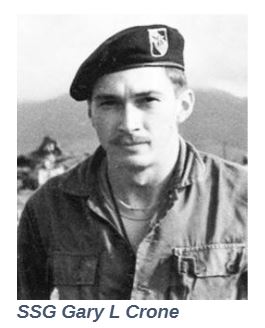 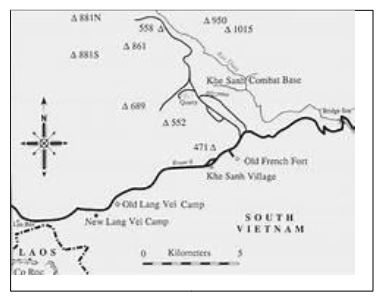 SFC Lloyd G “OD” O’Daniel was the One-Zero assigned to the team. He was highly experienced veteran SOG Operator.  A mission came down for ST Tiger. Due to heavy casualties all the teams were forced to be creative locating and filling out the Teams. Some personnel were even borrowed from FOB-1 and FOB-4. A good example was “OD” who was assigned to ST Tiger as the One Zero but was also working with the S-3 in Operations. Because of OD’s dual responsibilities he assigned SFC Kara Garland as the One- Zero and SFC Samuel Hernandez as the One-One, he then came and told me that I was not going on the mission due to my lack of experience. SGT Charles Willoughby was to be the One-Two. I was pissed. Sam and I were sharing a sleeping bunker together. It was freezing at night and we only had a poncho liner. We were spooning for a few weeks until we got some blankets on a resupply drop. 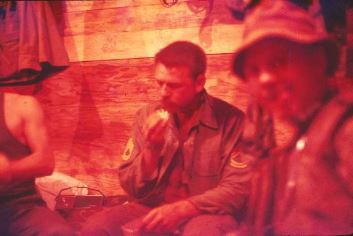 When the team returned from the mission Sam told me that Willoughby was coming off the team and I was now the new One-Two. It seems that while on the mission Sam had found a candy wrapper that had been dropped on the ground. This was a big No / No. Earlier, another team’s commo man lost the teams SOI, it had slipped out of his cargo pocket. The Signal operating instructions (SOI) are issued for the technical control and coordination of communications for the team.  They include radio call signs, frequencies, code-words, and visual signals. Losing a SOI means that every team, aircraft, FOB headquarters would need to destroy their current SOI and request a new one. The person who lost the SOI was removed from SOG. 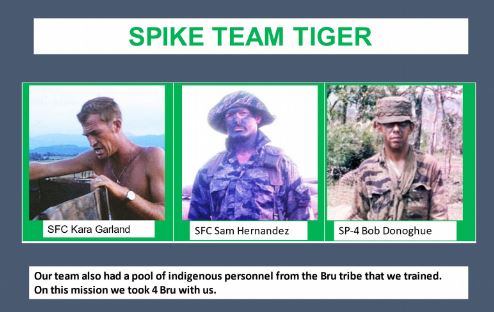 Several weeks went by when ST Tiger was alerted for an upcoming mission. It seems that the 304th NVA Division was missing, and ST Tiger would try and locate it by conducting an area recon North of the Xe Pon river along Highway 9 inside Laos. OD came by and briefed us. Tiger would deploy with three Americans and four Bru tribesmen. Due to the 53 years since I was there, I cannot remember which Bru we took but I believe they were the four I have photographed at the end of this story. Garland and I would be picked up by a Kingbee and fly an aerial recon of the AO.  We would need to locate 2 Infill Landing Zones, 1 as the Primary and a second for the Alternate. Exfiltration landing zones would also be needed. First light a Kingbee landed at the Khe Sanh airfield and after a quick briefing and equipment check we were on our way. For security reasons we did not overfly any potential landing zones. However, the exfiltration area was thick jungle and we decided to use an old bomb crater. On the flight back to the border I observed a few old triangular defensive positions. They were small compared to anything I had seen in the past.  Back at the FOB we were debriefed by the S-2 who explained that what we saw was an old secret CIA/SOG program known as Project Elephant, BV-33. It started years earlier as part of White Star and then turned over to Special Projects. Finishing up with the S-2 brief we returned to our team and started packing rucksacks, test firing weapons, and doing a commo check. The mission would start the next day. 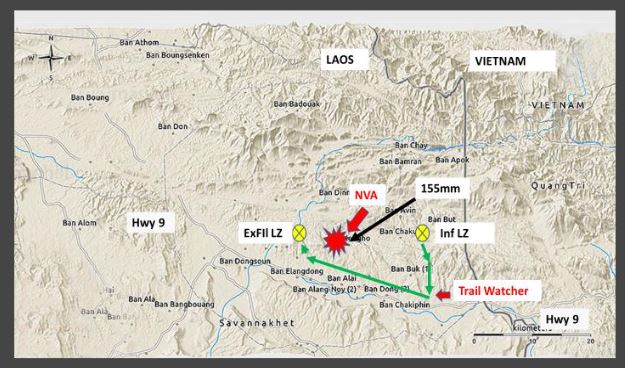 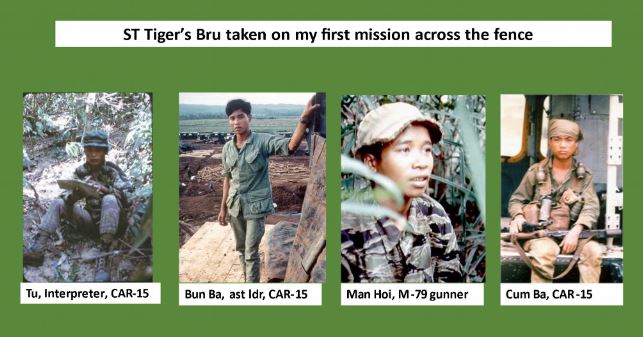 One thought on “My First Mission Across the Fence”