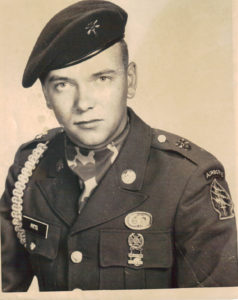 SSgt Richard A. Fitts was born on February 23, 1946 in Weymouth, Massachussetts. He entered the Army in January,1966. In Vietnam, Fitts was part of Military Assistance Command Vietnam Studies and Observation Group (MACV-SOG) which was a joint service high command unconventional warfare task force engaged in highly classified operations throughout Southeast Asia. The 5th Special Forces channeled personnel into MACV-SOG (though it was not a Special Forces group) through Special Operations Augmentation (SOA) which provided their “cover” while under secret orders to MACV-SOG. These teams performed deep penetration missions of strategic reconnaissance and interdiction missions in Laos and Cambodia which were called, depending on the country and time frame, “Shining Brass” or “Prairie Fire” missions.

On November 30, 1968, Sgt. Richard A. Fitts, Sgt. Arthur E. Bader, Cpl. Gary R. LaBohn, SSgt. Klaus D. Scholz, Maj. Samuel K. Toomey, Cpl. Michael H. Mein, 1Lt. Raymond C. Stacks were passengers aboard a Vietnamese Air Force CH34 helicopter (serial #14-4653) as their team was being transported to their reconnaissance mission area in Laos. Details of their mission was classified at that time, and remains classified in early 1990. However, information received from some of the family members indicates that the mission was related to disarming an enemy munitions store. This same account includes the information that Maj. Toomey was a chemical warfare expert.
Other information states that he was a communications officer. Toomey’s family identified his job as one that he could not talk about, but that he was an “Advisor to the Special Forces.”

The helicopter was flying at 4,000 feet when it was struck by 37mm anti-aircraft fire, went into a spin, crashed in a mass of flames and
exploded. The helicopter crashed about 10 miles northwest of Khe Sanh, just into Laos east of Tchepone. The crash site is in heavy jungle, near a stream. From the time the aircraft was hit until the time it impacted out of view, the helicopter was under observation and no one was seen to leave the aircraft during its descent. No ground search was initiated because the location was in a denied area. Later visual search indicated that the pilot’s hatch was open, and his helmet was seen 25-30 feet from the helicopter, but no survivors or bodies were seen. All the personnel aboard the aircraft, however, were not declared dead, but were were declared Missing in Action, which was procedure when no proof of death existed.

When the war ended, and 591 Americans were released from prison camps in Southeast Asia, not one man who had been held in Laos was released. Although the Pathet Lao stated publicly that they held “tens of tens” of Americans, no negotiations occurred which would free them at that time, nor have any occurred since.

In March 1988, the area in which the helicopter crashed was excavated by a joint Lao/US technical team. Human remains consisting of 17 teeth and 145 bone fragments, none measuring over two inches, were recovered. The remains were returned to the U.S. Army Central Identification (CIL) in Hawaii.

On January 3, 1990, it was announced that the remains of Richard Fitts had been positively identified from the material recovered at the crash site.  That identification was determined by the government’s conclusion that two of the 17 teeth belonged to Fitts. Fitts’ parents, after having an independent analysis conducted on the teeth, felt assured that the teeth belonged to their son, and subsequently buried them in Boston, Massachusetts. The remaining 15 teeth and 145 bone fragments were said to be unidentifiable.

Barely a month later, on February 8, 1990, the Department of Defense announced that the remainder of the crew had been positively identified and would be buried, along with the Vietnamese crew, in a mass grave in Arlington National Cemetery. Fitts’ name was included on that tombstone along with the other Americans because the Pentagon believed some of the bone fragments belonged to Fitts. Thus, even though the remains werescientifically unidentifiable, the cases were closed on these individual 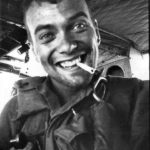 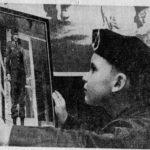 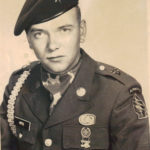 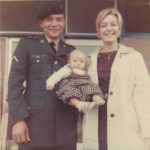 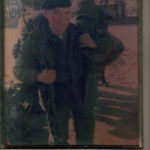 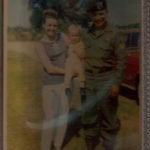 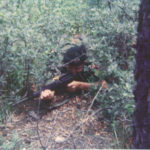 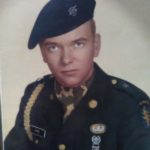 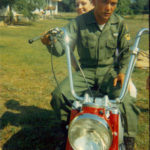 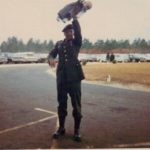