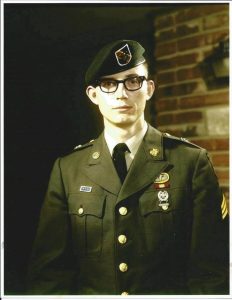 Green’s long range reconnaissance patrol (LRRP) was operating in Attopeu Province, Laos about 20 miles west of the South Vietnamese city of Dak Sut on December 4, 1970. At 0920 hours that day, the enemy assaulted the team at a landing zone (LZ) with rifle fire and rocket propelled grenades. Green was hit three times and was instantly killed. Because of the intensity of the enemy attack and fire, the recon team had to leave Green’s remains behind.

Later aerial searches were made of the area, but Green’s body was not seen.  Because of enemy control of the area, no ground search was possible. Green is one of nearly 600 Americans lost in Laos. Although the communist government of Laos stated publicly that they held American prisoners, they insisted the POWs would be released only from Laos. The U.S. would not negotiate with the communist faction, a “government” they did not officially recognize, and as a result, not one American held in Laos was ever released.

For every insertion like Green’s that were detected and stopped, dozens of other commando teams safely slipped past NVA lines to strike a wide range of targets and collect vital information. The number of MACV-SOG missions conducted with Special Forces reconnaissance teams into Laos and Cambodia was 452 in 1969. It was the most sustained American campaign of raiding, sabotage and intelligence-gathering waged on foreign soil in U.S. military history. MACV-SOG’s teams earned a global reputation as one of the most combat effective deep-penetration forces ever raised.

The missions Green and others were assigned were exceedingly dangerous and of strategic importance. The men who were put into such situations knew the chances of their recovery if captured was slim to none. They quite naturally assumed that their freedom would come by the end of the war. For 591 Americans, freedom did come at the end of the war. For another nearly 600 lost in Laos, however, freedom has never come. 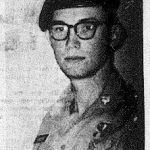 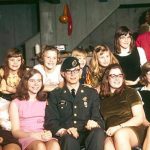 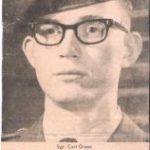