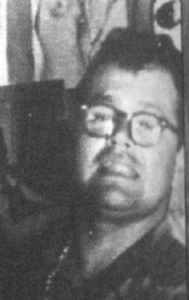 SYNOPSIS: In Vietnam, Peter J. Wilson was assigned to MACV-SOG (Military Assistance Command, Vietnam Studies and Observation Group). MACV-SOG was a joint service high command unconventional warfare task force engaged in highly classified operations throughout Southeast Asia. The 5th Special Forces channeled personnel into MACV-SOG (although it was not a Special
Forces group) through Special Operations Augmentation (SOA), which provided their “cover” while under secret orders to MACV-SOG. The teams performed deep penetration missions of strategic reconnaissance and interdiction which were called, depending on the time frame, “Shining Brass” or “Prairie Fire” missions.

On October 19, 1970, SSgt. Wilson was the team leader of a long range reconnaissance patrol (LRRP) that made contact with a numerically superior enemy force in the tri-border of Laos southwest of Ben Het. After the fourth contact with the enemy, Wilson directed Sgt. John M. Baker to the front of the patrol and told him to continue to the east if the column was split.  At that time, Wilson was covering the rear of the patrol and assisting a wounded indigenous soldier, Djuit. The patrol abandoned the battlefield with the enemy in hot pursuit. Later, Baker heard Wilson transmit, “May Day, May Day” on his emergency radio and the sounds of a firefight from the direction of the separated patrol element. This was the last word of Peter Joe Wilson.

An intense air search was made for 3 days without success. Wilson was never found, and is listed among nearly 600 Americans missing in Laos. Although the Pathet Lao stated on several occasions that they held “tens of tens” of American prisoners, not one American was ever released that was held in Laos. Laos was not part of the peace agreements ending American involvement in Southeast Asia, and the U.S. has never negotiated for these prisoners since that time.

For every insertion like Wilson’s that was detected and stopped, dozens of other commando teams safely slipped past NVA lines to strike a wide range of targets and collect vital information. The number of MACV-SOG missions conducted with Special Forces reconnaissance teams into Laos and Cambodia was 452 in 1969. It was the most sustained American campaign of raiding, sabotage and intelligence gathering waged on foreign soil in U.S. military history. MACV-SOG’s teams earned a global reputation as one of the most combat effective deep penetration forces ever raised. 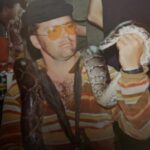