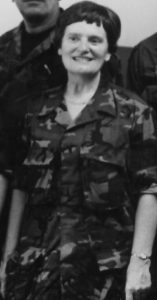 Mrs. Billye Alexander was the Special Forces Non-Commissioned Officer (SF NCO) assignment officer in the Pentagon. She made sure better-qualified volunteers came into SOG. When men wanted to go to or to return to the sounds of battle or change an undesirable stateside assignment, she cut a lot of red tape to get them on their way.

Born Billye Drake in Nashville, she moved to Washington DC in 1939 and went to work for the War Department—later known as the Department of the Army. In the 1960s, Billye became the go to person in the personnel division after the formation of Special Forces, and was responsible for writing transfer orders for SF NCOs. She received a number of commendations for her work with the Special Forces. Billye Alexander died at age 58 of cancer. (Obituary form Washington Post, January 24, 1981, B6, supplied by CCS Recon Vet Ben Lyons.)

Mrs. “A,” as she was known, didn’t just sit behind a desk in Washington, she went to Ft. Bragg and even ran the Special Forces Obstacle Course. 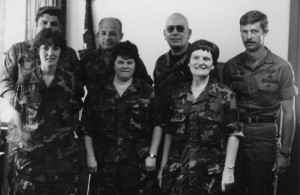 Billye Alexander (front, far right) and Friends in the Pentagon 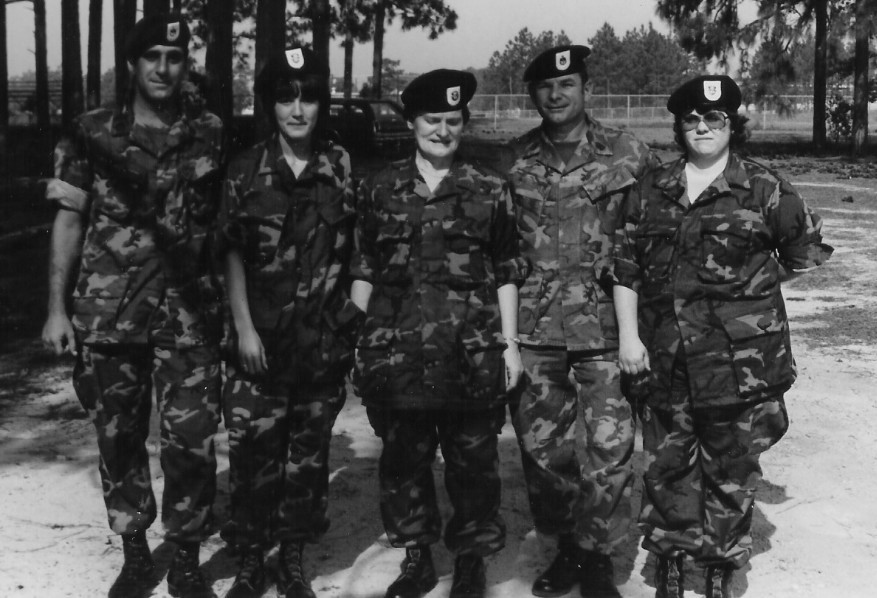 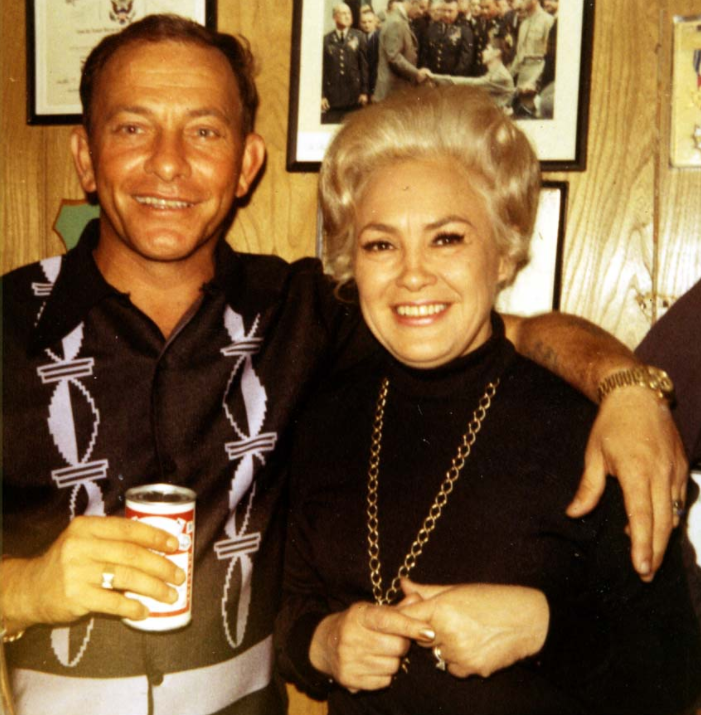 After being badly wounded in the Battle of Bong San in April ’65 and evacuated to Walter Reed Hospital, Waugh was still not healed. His doctors raised the prospect of amputation of his right foot and ankle. He was sent on a 90-day convalescent leave in late July and told to go home to Texas. Instead Waugh went to Saigon and met some old SF buddies who were with SOG. He decided that was where he wanted to be, and with new determination he returned to Texas after two weeks with the cast on his right leg practically destroyed. He went back to Fort Bragg and got a new cast and reported back to Walter Reed. In the meantime, he had met Billie Alexander in the Pentagon, “a great lady who served as assignment officer” for SF NCOs. “Mrs. ‘A’ needed 120 senior NCOs for a new arm of SOG. I begged her to put me on orders, to which she replied, “God-dammit, Billy, you’re limping around now. Your foot and leg aren’t healed. There’s no way!” Waugh wouldn’t give up. He said, “I cried, cajoled and goaded, then I begged some more.” Then he proposed a deal that if she would reassign him to Fort Bragg and he pulled duty there for one month, she would send orders reassigning him to SOG.” Mrs. ‘A’ finally relented, on the condition he not end up in the Bragg hospital. Then his Walter Reed doctor had bad news and another threat of amputation. But Billy got the cast removed and healing had begun. So in December ’65, he was returned to Fort Bragg and soon had orders for SOG. He “headed for Vietnam one happy soldier. (Billy Waugh, Hunting The Jackal, pgs 28- 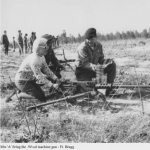