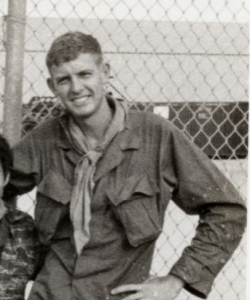 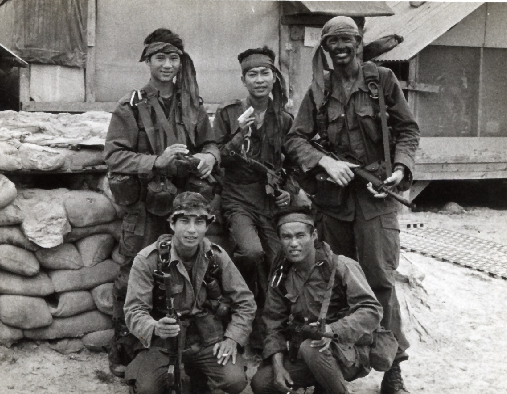 Larry Green and four of the team members made at the Phu Bai launch site in February 1970.  We had just come out of the field as I still have on camo paint so I was probably just out of debrief.  In the photo are front (left to right) Hoang, Chung; back row (left to right) Vuong, Trung, Greene.  Chung was from Da Nang and was the only BKQ who was not from North Viet Nam.  Vuong and Trung were Nung from Cao Bang or Lang Son (provinces along the NVN border with China.  I had several other team members but these were the only ones on this mission.  I did not have an interpreter (on this mission) as I had been to VN language school as part of the MATA Course at Ft Bragg and spent 6 months as a MACV advisor with the 51 ARVN Regiment and 37th Ranger (Biet Dong Quan) Battalion. You will notice in the group photo that he has a splint on his finger. Trung’s finger was broken when the Chinook ladder was being rolled out and his finger got caught in the ladder and broken.  He may have been at the hospital in Phu Bai getting his finger splinted when the other photos were made-Larry Green

Hoang was the Zero-One of RT Mississippi (a/k/a RT Van Kiep) when I was the One-Zero.  I have several photos of him.  I have attached one of them.  Cao Van Hoang was born in North Viet Nam and is actually a Tai Trang Montagnard.  I know a bit more about his background before he was at CCN.  I had heard later that RT Mississippi had been lost but whoever told me did not have the details.  I just attached another photo.  You can see Hoang’s name tape in the second photo.  SGT Larry Zaika is at the left kneeling and Vu and he was the interpreter for RT Mississippi..-Larry Green 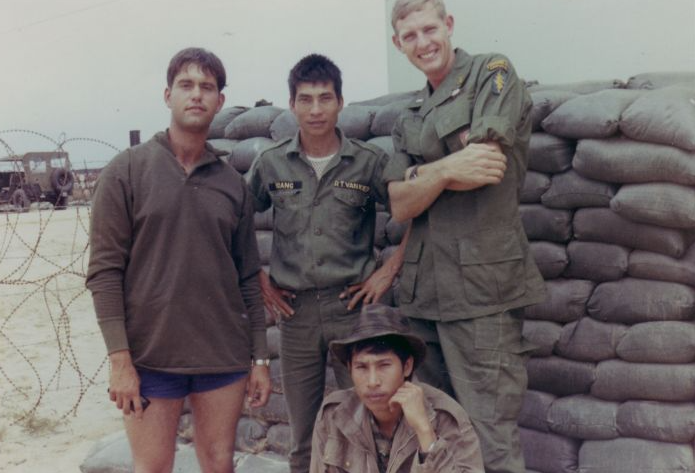 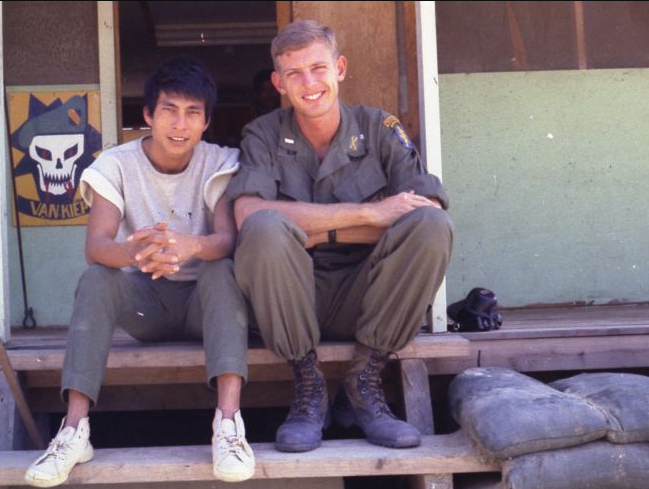 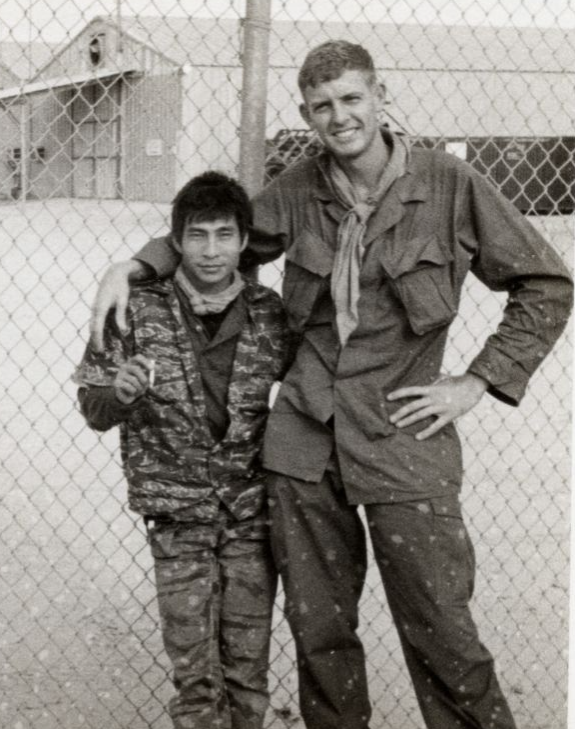