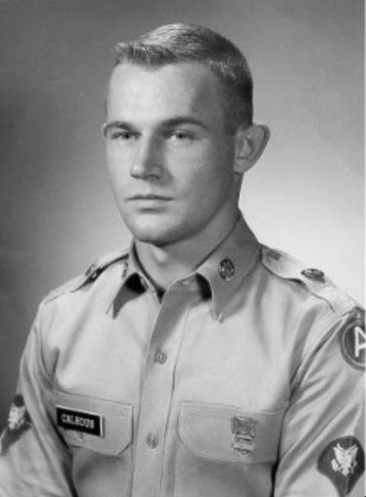 SYNOPSIS: MACV-SOG (Military Assistance Command, Vietnam Studies and Observation Group). MACV-SOG was a joint service high command unconventional warfare task force engaged in highly classified operations throughout Southeast Asia. The 5th Special Forces channeled personnel into MACV-SOG (although it was not a Special Forces group) through Special Operations Augmentation (SOA), which provided their “cover” while under secret orders to MACV-SOG. The teams performed deep penetration missions of strategic
reconnaissance and interdiction which were called, depending on the time frame, “Shining Brass” or “Prairie Fire” missions.

Corporal Johnny C. Calhoun was assigned to Command and Control, MACV-SOG in Vietnam. On March 27, 1968, he was the  team leader of a strategic reconnaissance team that was operating one and one-half miles south of Ta Bat in the A Shau Valley in Thua Thien Province, South Vietnam. The team was awaiting exfiltration when it was attacked by a numerically superior enemy force. CPL Calhoun provided covering fire for the rest of the patrol while ordering the other five members to withdraw.

The second in command stated in the board of inquiry that he saw CPL Calhoun hit by at least 3 rounds in the chest and stomach, fall to the ground and not move. The interpreter, Ho-Thong, stated that when Calhoun slumped to the ground, he pulled the pin from a grenade, and clutched it to explode among advancing enemy. Calhoun’s ultimate fate is unknown because of the rapid retreat of the survivors. It was not known if the grenade exploded on Calhoun’s position.

The survivors of the team were extracted about 20 hours after the initial contact. Because of hostile threat in the area, a further search was not made. CPL Calhoun was classified as Missing In Action until September 3, 1974, at which time he was legally declared dead for lack of positive information that he was alive.

The MACV-SOG teams performed exceedingly dangerous and strategic missions. Johnny Calhoun probably knew that because of the nature of these missions, he would be a valuable capture, and accordingly, determined that he would not be captured. If he did not die, and was ultimately captured by the advancing enemy, he knew the chances were slim that he would ever be rescued.

Tragically, evidence mounts that hundreds of the nearly 2500 Americans still missing in Southeast Asia are still alive, awaiting their freedom. One of them could be Johnny Calhoun. He jeopardized his own safety for that of his team. What have we done for him?

Johnny C. Calhoun was promoted to the rank of Sergeant First Class during the period he was maintained missing. 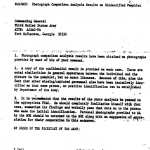 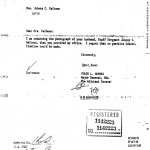