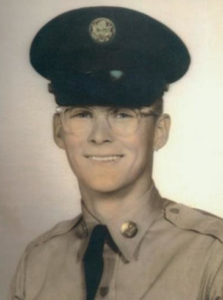 SYNOPSIS: The most significant change in the organization of the Civilian Irregular Defense Group (CIDG) program occurred during the summer of 1965, when the Mobile Strike Force (Mike Force) was established.

As a result of the success of “Eagle Flight” detachment, each C-Detachment within 5th Special Forces Group dedicated an A-Detachment to raise and train reaction forces for its own corps tactical zone. Like “eagle flight”, the Mike Forces were designated for a variety of duties, including reaction to emergency combat situations at small Special Forces camps. The country-wide Nha Trang Mike Force was not formed until February 1966 and was organized as a battalion of 594 Rhade, Cham and Chinese troops by Detachment A-503.

Sgt. James L. Taylor was assigned to Detachment A-503 and was at Camp A Shau in March 1966. The Nung Security Platoon, which initially guarded the headquarters of 5th Special Forces Group at Nha Trang, was designated as a Mike Force during 1965, and in March 1966 it was sent to reinforce Camp A Shau.

On March 10, 1966, the camp came under heavy attack by the North Vietnamese. Sgt. Taylor was in a bunker when a recoilless rifle round exploded, wounding him. The situation at the camp became untenable, and personnel made move to leave the camp and break contact. Taylor was carried outside the camp by 4 Vietnamese (one of whom was a medic) on a stretcher. He was alive at that time.

As the camp personnel were organizing their retreat, it was noted that Taylor was missing. The medic told other Americans that Taylor had died as a result of his wounds, and that they had left his body at the bottom of a hill. Because of the enemy situation, it was not possible to return to retrieve Taylor’s body. He was not seen again.