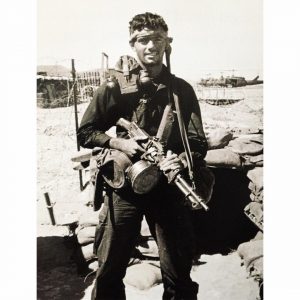 Born November 20, 1947, Ed Wolcoff entered the Army September 20, 1967. He completed basic training at Ft. Bragg, N.C., Advanced Infantry Training at Ft. Ord, CA, Airborne School at Ft. Benning, GA, and graduated from the Special Forces Qualification Course in September 1968. He was then briefly assigned to the 6th Special Forces Group until he volunteered for MACV SOG, arriving at FOB 2 (CCC) in Kontum, Republic Of South Vietnam in March 1969, where he was assigned to Recon Team New York as the Team 1-2. He was elevated to the Team 1-1 position (assistant Team Leader) and then the 1-1 position (Team Leader) by August, 1969.

He remained on RT New York for 25 months and returned to Fort Bragg in May 1971, to serve as an instructor at the Special Forces Reconnaissance Course at Camp Mackall, NC. After graduation from the Operations and Intelligence Course, he was then assigned to C/2, 7th Special Forces Group at Fort Bragg, NC late in 1972 Ed Wolcoff then attended Officer Candidate School at Ft. Benning, GA.

Commissioned as a 2nd Lieutenant, he attended Explosive Ordnance School prior to his assignment as Commander, 28th EOD Detachment at Letterkenny Army Depot. His subsequent 3-year assignment to the Berlin Brigade, Berlin, Germany, was followed by a 2-year ordnance company command in Crailsheim, Germany. Upon return to the US, he was assigned as a test manager at Yuma Proving Ground, AZ working mostly on classified high-tech programs. He departed YPG for Command and General Staff College at Ft. Leavenworth, KS with subsequent assignment back to Germany to the 71st Ordnance Battalion (Nuclear).

Lieutenant Colonel Wolcoff then served on the staff of the Assistant Secretary of the Army, Research, Development and Acquisition (RDA) Pentagon for 3 years prior to retirement in 1995. Ed Wolcoff then served his country as a Defense contractor in the Weapons of Mass Destruction defense sector, rising to Senior Vice President of a multi-million dollar enterprise by 2005. Thereafter, he consulted in the National Security Sector for several years before his retirement.

Ed has authored a book titled “Special Reconnaissance and Advanced Small Unit Patrolling Tactics, Techniques and Procedures” to further serve the National Security needs of his beloved Country. Other books, associated with his experience in Special Operations and Special Reconnaissance, are in-process. 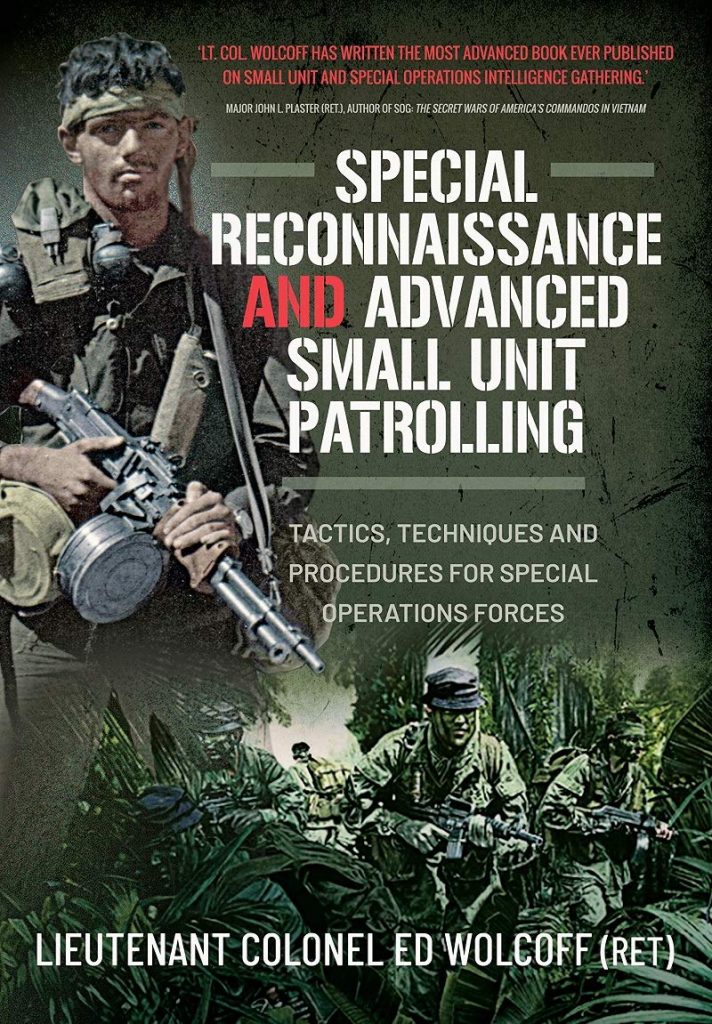 This book will serve as a tactical “bible” tailored to the military Special Operations, intelligence and paramilitary/law-enforcement communities and other interested parties – – with the intention of breaking the invent-and-forget/reinventing-the-wheel cycle with an aim to (1) increase the effectiveness and lethality of SpecOps personnel and units, while (2) saving the lives of SpecOps personnel engaged in high-risk operations.

Wolcoff describes numerous historical examples of special reconnaissance (SR) operations, with some emphasis on lessons-learned/Tactics, Techniques, and Procedures gained from the legendary Military Assistance Command Vietnam – Special Operations Group (MACV-SOG) SR operations conducted during the Vietnam-era, including operational accounts and analyses of specific missions. Few of these TTPs and lessons-learned have been archived or collated into a usable form for SpecOps personnel or units; this book is intended to preserve and embed this valuable and volatile compilation of tradecraft, that has been obtained at such cost in lives. Wolcoff covers the gamut of specialized SR topics ranging from operational planning and preparation, through execution, logistics and command and control – – all in substantial trade-craft detail.

Purchase this book at: https://www.amazon.com/dp/B097KFZ51P/ref=dp-kindle-redirect?_encoding=UTF8&btkr=1