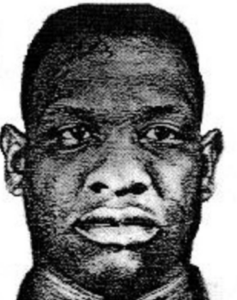 Source: Compiled by Homecoming II Project 01 September 1990 from one or more of the following: raw data from U.S. Government agency sources, correspondence with POW/MIA families, published sources, interviews.  Updated by the P.O.W. NETWORK 2020.

SFC Charles E. White was a team leader of a MACV-SOG reconnaissance team that was inserted into a target area in Ratanokiri Province, Cambodia near the border of Laos and Cambodia. The team consisted of White and two indigenous personnel, Nang and Khong. The team came under enemy fire and White called for an emergency extraction.

During the extraction, the team had to use McGuire rigs hung from the helicopter because the dense jungle canopy prevented the helicopter from landing. The device was lowered through the trees and raised up again with the men suspended from it.

According to the helicopter crew, the three personnel on their ropes seemed secure on liftoff. SFC White indicated that he was having difficulty holding onto the rope, then fell. At the time, the helicopter was at an altitude of between 75 and 200 feet above the ground.

Due to the time of day and the enemy situation, a recovery team was not inserted until the next day. No evidence that White had been in the area was found except for the path his body made through the trees and bamboo when the incident occurred. Neither blood trails nor equipment were found. The area appeared to have been searched by the enemy. No fresh grave sites could be located, and it was considered doubtful that the enemy would carry a body any distance before burying it or otherwise disposing of it.

It was noted by the recovery team that the bamboo was thick enough to have cushioned PFC White’s path in descent, and that he could have survived the fall. In light of all available information, SFC White was placed in Missing in Action status, with the belief that the enemy could probably account for him, living or dead.

Curiously, the Defense Intelligence Agency added the data note, “POSS DEAD – IMPALED” to data concerning Charles E. White. Neither Army after-action reports nor other public information mention this gruesome possibility. Both clearly state that no trace of White was found. If there is any credence to this remark, perhaps it comes from classified information related to this case.