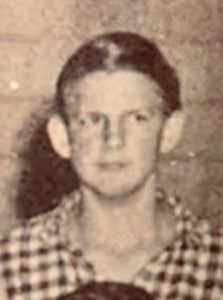 Source: Compiled from one or more of the following: raw data from U.S. Government agency sources, correspondence with POW/MIA families, published sources, interviews. Updated by the P.O.W. NETWORK with material provided by Alan Jackson, Carl Jackson’s son, in 1998.  2020

SYNOPSIS: The Fairchild C123 “Provider” was a night attack system/transport aircraft based on an all-metal glider designed by Chase Aircraft. The airplane’s C123B prototype first flew on September 1, 1954. The C123B, in the hands of a group of airmen who called themselves “The Mule Train” became the first transport to see Vietnam service. The C123B transports were soon joined by UC123Bs of the now-controversial Project Ranch Hand which sprayed pesticides and herbicides over Vietnam, including Agent Orange.

The Provider, particularly in camouflage paint with mottled topside and light bottomside, resembled an arched-back whale suspended from the bottom midpoint of huge dorsal wings. Like other transports, the Provider proved its versatility during the Vietnam war. The C123 also dispensed flares to illuminate targets for fighters or tactical bombers, and were dubbed “Candlestick” when they served in this capacity.

The MACV-SOG personnel in this incident were commanded directly out of the Pentagon by JCS. One was not just assigned to this detachment, but rather interviewed for it at the Pentagon, so the work was extraordinary even applying Air Commando standards.

The aircraft had no standard markings on it, but were painted with a unique camo pattern of low-reflectivity black, green and brown paint. The aircraft was rigged with pylons on it. Runways were often replaced by landing on very wide roads. The 1131st flew only at night. They operated in a shroud of secrecy, no reports, no tail numbers due to MACV-SOG. All aircraft were sanitized as well as the nationality and individuality of those on board.  The idea was “just make it happen.”

Capt. Carl E. Jackson enlisted in the Air Force in 1957 for two years. He re-enlisted in the Air Force Reserve, active duty in 1960. He was one of the elite chosen to work with MACV-SOG (Military Assistance Command, Vietnam Studies and Observation Group). MACV-SOG was a joint service high command unconventional warfare task force engaged in highly classified operations throughout Southeast Asia.

Capt. Jackson flew the C123 Provider in Vietnam. SSgt. Billie L. “Sam” Roth was on stand-by as a C123 cargo master, the night he was assigned to fly with Jackson. Jackson, Roth, and 14 “Chinese Nationalists” were on board the night the flight was reported downed. The co-pilot as well was Chinese. DoD de-classified this information in the mid ’90s.

The family of Captain Jackson was told that on Sunday evening, word had it that Nha Trang was about to be under rocket and mortor attack. Jackson and his commanding officer headed for the jeep. Jackson dropped off his C/O at one aircraft and drove to his own. Apparently, the destination was Ton Son Nhut air base.

June 27, 1965, while on final approach, Jackson’s C123 started receiving ground-fire and subsequently crashed. Rescue crews arrived at the scene and found that there were no survivors. The FBI was brought in to fingerprint all on board however, and none of the bodies could be identified as Capt. Carl E. Jackson, USAF.

Throughout the years, the U.S. government has still not positively located his crash site. There have been at least two sites that correlated with his flight. Further investigation of both sites proved negative results. It has been rumored that his aircraft was flying somewhere near North Vietnam and that his C123 did take ground fire and crash. No one knew for sure whether or not anyone survived. The aircraft supposedly crashed north of “Thud Ridge.