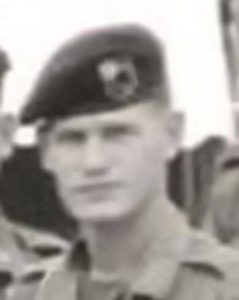 A native of Canada and former member of the Canadian military. When his service ended in Canada Hawes wanted to see action. He  then Joined the United States army.  He became a special forces soldier.  Volunteered for MACV-SOG.  He joined recon team Habu in july 1968 becoming the assistant team leader.  In August of 1968 he transferred to Recon Team Diamondback where in a ‘ mission over the fence” in Laos he with two other team mates would be KIA.