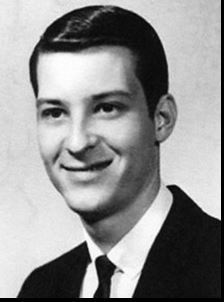 WO Alford was returning to his base at Nha Trang from Duc Lap at about 1920 hours when he made his last known radio contact with the 48th Aviation Company Operations at Ninh Hoa. Either the pilot or aircraft commander gave his approximate location as Duc My Pass, and stated he was in the clouds and instrument meteorological conditions (IMC). Shortly afterwards, the controller at Ninh Hoa heard a radio transmission that WO1 Alford was in trouble. The pilot reported, inexplicably, that the helicopter was flying upside down. The helicopter is not believed to have been shot at. Search efforts were conducted for six consecutive days, but nothing was found.

War Story:
The following was written by Pat Ewing, 48 AHC Nihn Hoa, RVN about the disappearance of Alford Terry Lanier:
I was in operations on Nov 4, 1969 when we got a call from an aircraft requesting a FM vector into our location. Our radio operator (Spanky) gave an affirmative and began periodically keying the mic. Shortly we hear an aircraft frantically reporting that they were inverted. We searched for several days but never found anything. In 1990, while at a VHPA convention I got my first MIA bracelet picked at random from a box of 4-500 bracelets. Later, I got my VHPA Directory which included an After Action Report for 4 Nov 69 which described the incident above. The aircraft commander of the lost ship was Terry L. Alford, the name on my bracelet – so after almost 21 years, one of the last 5 people to hear his voice, ends up wearing his MIA bracelet. The story has gone full circle between myself and someone I never met, who’s gone but not forgotten. Small World. Pat Ewing.