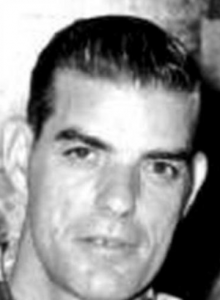 Source: Compiled from one or more of the following: raw data from U.S.
Government agency sources, correspondence with POW/MIA families,
published sources, interviews. Updated by the P.O.W. NETWORK in 2020.

SYNOPSIS: James Luttrell, Lewis Walton and Klaus Bingham were members of a
long-range reconnaissance (LRRP) team “Asp” which was inserted into western
Quang Nam Province 12 miles from Laos on May 3, 1971.

The Asp team was inserted without ground fire or radio transmission. On May
4, the area was searched by Forward Air Controllers (FAC) who neither saw
nor heard anything from the team.

On May 5, two pilots flying in the area reported seeing a mirror and a panel
signal 50 meters west of the LZ for about 15 minutes. The area was searched
again for about 3 hours, and the FAC attempted to raise the team on radio.
At 1404 hours on May 5, the FAC saw two people wearing dark green fatigues
locating panel signals. Helicopters were launched at 1500 hours that day
with a rescue team, but could not be inserted because of bad weather. The
FAC stayed on station until 1700 hours that day, but no communication was
ever established with the team.

Luttrell, Walton and Bingham disappeared. The three were classified Missing
In Action. They are among nearly 2400 Americans who are still missing from
the Vietnam war. Experts now believe that hundreds of these men are still
alive.

Klaus Bingham was a seasoned soldier when he disappeared. He was trained for
survival under adverse circumstances. Under the circumstances of his
disappearance, the U.S. Army believes the enemy may know what happened to
him. He could be alive.