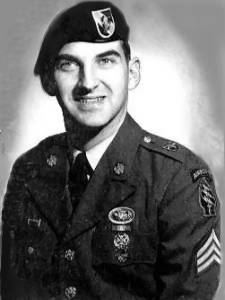 Final Mission of SGT Fred A. Gassman
Posted on 12/17/14 – by wkillian@smjuhsd.org
In Vietnam, SSGT David A. Davidson was assigned to Command and Control North, MACV-SOG (Military Assistance Command, Vietnam Studies and Observation Group). MACV-SOG was a joint service high command unconventional warfare task force engaged in highly classified operations throughout Southeast Asia. The 5th Special Forces channelled personnel into MACV-SOG (although it was not a Special Forces group) through Special Operations Augmentation (SOA), which provided their “cover” while under secret orders to MACV-SOG. The teams performed deep penetration missions of strategic reconnaissance and interdiction which were called, depending on the time frame, “Shining Brass” or “Prairie Fire” missions. On October 5, 1970, SSGT Davidson and SGT Fred A. Gassman were members of a joint American and Vietnamese reconnaissance patrol operating about 12 miles inside Laos. The patrol had established their night position west of Ta Bat when they were attacked by a hostile force. According to the two surviving indigenous patrol members, Davidson was hit once in the head during a long burst of enemy fire while the team was attempting to evacuate the area, and fell down a ridge, after which he lay motionless with what appeared to be a fatal head wound. At about 1300 hours, Gassman radioed the overhead aircraft that they were being hit from three sides, and that they were low on ammunition and requested an emergency extraction and air strikes. As he attempted to retrieve the homing device, he stated on the radio, “I’ve been hit, and in the worst way”, followed by several groans before the radio went dead. The surviving indigenous patrol members said that they last saw Gassman lying motionless with a large hole in his back. One unsuccessful search and recovery attempt was made shortly after the incident, but further attempts were curtailed due to the difficult tactical situation in the area. Davidson and Gassman remain missing. All other team members were successfully extracted. [Taken from pownetwork.org] 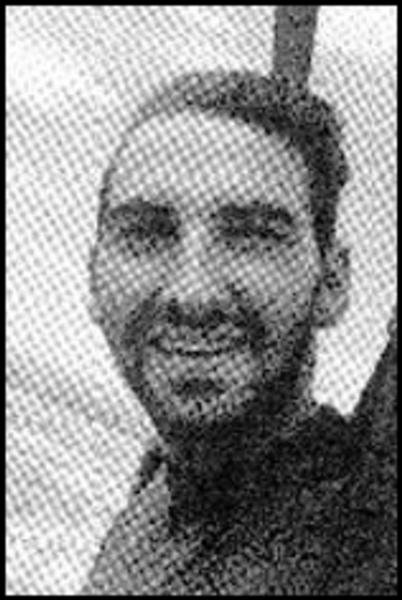