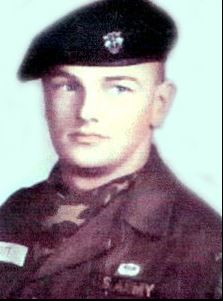 Source: Compiled from one or more of the following: raw data from U.S. Government agency sources, correspondence with POW/MIA families, published sources, interviews. Updated by the P.O.W. NETWORK in 2000 with a quoted except from the book, GONE NATIVE, Random House/Ballantine Books. 2020

SYNOPSIS: In late November 1966, Russell Bott and Willie Stark were inserted about 1 1/2 miles into Laos west of the DMZ along with a number of Vietnamese Special Forces (LLDB) “strikers”. The team, a long-range
reconnaissance patrol (LRRP), was soon discovered by a superior North Vietnamese force, members of the 325B NVA Division. A two day running battle ensued.

Near the end, Bott radioed that he was down to one grenade ond one magazine of ammunition. He also stated that several of the Vietnamese members of his team were dead or wounded. Willie Stark was wounded in the chest and leg,
but was alive. Bott requested exfiltration at that time. He refused to leave his wounded teammate to seek safety, and in his last radio message, Bott indicated that he was going to destroy his radio, that he felt capture was imminent.

Searches for Bott and Stark were unsuccessful. Vietnamese team members who evaded capture reported that they had heard North Vietnamese soldiers say, “Here you are! We’ve been looking for you! Tie his hands, we’ll take him
this way.”

Sgt. First Class Norman Doney, who was Operations Sergeant at that time at B-52 headquarters at Khe Sanh, overheard the Intelligence Sergeant on the “52 Desk” reviewing intelligence about Bott. Doney states that it was reported that Bott was seen with his arms tied behind his back going through a village, and that he was alive 3 days after he became missing