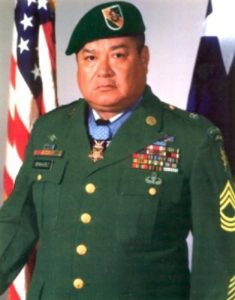 Master Sergeant Raul Perez “Roy” Benavidez (August 5, 1935 – November 29, 1998) was a member of the United States Army Special Forces (Studies and Observations Group) and retired United States Army master sergeant who received the Medal of Honor for his valorous actions in combat near Lộc Ninh, South Vietnam on May 2, 1968.

Benavidez enlisted in the Texas Army National Guard in 1952 during the Korean War. In June 1955, he switched from the Army National Guard to Army active duty. In 1959, he married Hilaria Coy Benavidez, completed Airborne training, and was assigned to the 82nd Airborne Division at Fort Bragg, North Carolina.

Benavidez returned to Fort Bragg and began training for the elite Army Special Forces. Once qualified and accepted, he became a member of the 5th Special Forces Group; and the Studies and Observations Group (SOG).

In 1965 he was sent to South Vietnam as an advisor to an Army of the Republic of Vietnam infantry regiment. He stepped on a land mine during a patrol and was evacuated to the United States. Doctors at Fort Sam Houston concluded he would never walk again and began preparing his medical discharge papers. As Benavidez noted in his 1981 MOH acceptance speech, stung by the diagnosis, as well as flag burnings and media criticism of the US military presence in Vietnam he saw on TV, he began an unsanctioned nightly training ritual in an attempt to redevelop his ability to walk.

Getting out of bed at night (against doctors’ orders), Benavidez would crawl using his elbows and chin to a wall near his bedside and (with the encouragement of his fellow patients, many of whom were permanently paralyzed and/or missing limbs) he would prop himself against the wall and attempt to lift himself unaided, starting by wiggling his toes, then his feet, and then eventually (after several months of excruciating practice that, by his own admission, often left him in tears) pushing himself up the wall with his ankles and legs.  After over a year of hospitalization, Benavidez walked out of the hospital in July 1966, with his wife at his side, determined to return to combat in Vietnam. Despite continuing pain from his wounds, he returned to South Vietnam in January 1968.

On May 2, 1968, a 12-man Special Forces patrol, which included nine Montagnard tribesmen, was surrounded by a NVA infantry battalion of about 1,000 men. Benavidez heard the radio appeal for help and boarded a helicopter to respond. Armed only with a knife, he jumped from the helicopter carrying his medical bag and ran to help the trapped patrol. Benavidez “distinguished himself by a series of daring and extremely valorous actions… and because of his gallant choice to join voluntarily his comrades who were in critical straits, to expose himself constantly to withering enemy fire, and his refusal to be stopped despite numerous severe wounds, saved the lives of at least eight men.”

At one point in the battle an NVA soldier accosted him and stabbed him with his bayonet. Benavidez pulled it out, yanked out his own knife, killed him and kept going, leaving his knife in the NVA soldier’s body. After the battle, he was evacuated to the base camp, examined, and thought to be dead. As he was placed in a body bag among the other dead in body bags, he was suddenly recognized by a friend who called for help. A doctor came and examined him but believed Benavidez was dead. The doctor was about to zip up the body bag when Benavidez managed to spit in his face, alerting the doctor that he was alive.[5] Benavidez had a total of 37 separate bullet, bayonet, and shrapnel wounds from the six-hour fight with the enemy battalion.

In 1973, after more detailed accounts became available, Special Forces Lieutenant Colonel Ralph R. Drake insisted that Benavidez receive the Medal of Honor. By then, however, the time limit on the medal had expired. An appeal to Congress resulted in an exemption for Benavidez, but the Army Decorations Board denied him an upgrade of his Distinguished Service Cross to the Medal of Honor.

The Army board required an eyewitness account from someone present during the action. Benavidez believed that there were no living witnesses of the “Six Hours in Hell.”

Unbeknownst to Benavidez, there was a living witness, who would later provide the eyewitness account necessary: Brian O’Connor, the former radioman of Benavidez’s Special Forces team in Vietnam. O’Connor had been severely wounded (Benavidez had believed him dead), and he was evacuated to the United States before his superiors could fully debrief him.

O’Connor had been living in the Fiji Islands when, in 1980, he was on holiday in Australia. During his holiday O’Connor read a newspaper account of Benavidez from an El Campo newspaper, which had been picked up by the international press and reprinted in Australia. O’Connor immediately contacted Benavidez and submitted a ten-page report of the encounter, confirming the accounts provided by others, and serving as the necessary eyewitness. Benavidez’s Distinguished Service Cross accordingly was upgraded to the Medal of Honor.

On February 24, 1981, President Ronald Reagan presented Roy P. Benavidez with the Medal of Honor. Reagan turned to the press and said, “If the story of his heroism were a movie script, you would not believe it”. He then read the official award citation. 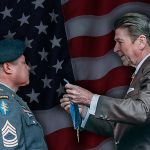 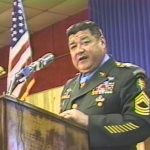 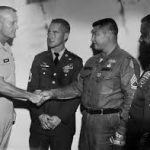 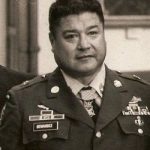 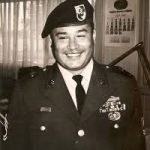 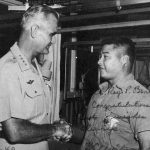 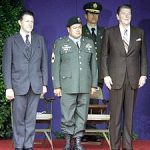 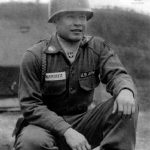 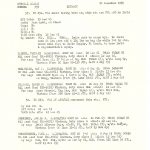