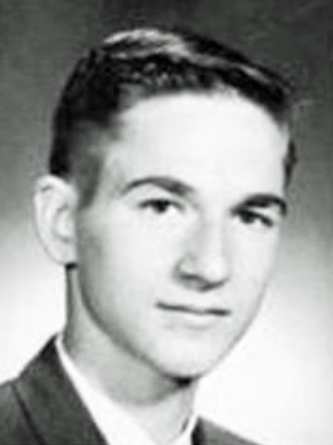 SYNOPSIS: When U.S. military personnel were in Vietnam, they were frequently asked to participate in classified missions. Some of these missions were secret because wide-spread knowledge of them might possibly give the enemy information we did not wish them to have. Others were classified to conceal the fact that the U.S. was conducting warfare in denied areas.

The most notorious denied area was, of course, Laos. Prevented by Geneva  Accords from having a large military presence in Laos, the U.S. first established a CIA cover for anti-communist covert actions. One activity, begun in 1958, used Meo tribesmen for a small pilot guerrilla program, which grew to over 40,000 guerrillas within 10 years. The CIA’s covert airline, known as “Air America” supported the Meo as well as numerous other CIA-backed clandestine guerrilla armies.

When ground operations were indicated or intelligence needed, the U.S. used the CIA-directed armies, sent U.S. troops in covert MACV-SOG teams, or airlifted in indigenous troops, often using the air capabilities of the U.S. Army and Marine Corps. Pilots were asked to alter flight records to reflect a mission in allowed territory. If they were lost, families were misinformed about the location of loss. As a result, several case files of men missing are a tangle of inconsistencies – some records reflecting the “doctored” loss information, while other records are accurate.

1Lt. Ronald J. Janousek and Cpl. Bruce E. Kane were U.S. Marines attached to units of the 36th and 11th Marine Aircraft Groups, respectively. On August 9, 1969, the two were killed in the crash of a UH1E helicopter. Theirs is one of the cases in which reliable factual public information ends with this data.

Defense Department records indicate that Janousek and Kane were lost at Khe Sanh, in Quang Tri Province. The U.S. Marines state that Janousek’s helicopter was hit by heavy enemy fire and crashed and burned. The U.S. Marines state that Kane’s helicopter disappeared on a night reconnaissance mission. Joint Casualty Resolution Center records (considered by some
analysts to be the most accurate of all records), indicate that the loss occurred in central South Vietnam.

Information obtained from family and other sources indicate that Kane and Janousek’s aircraft crashed and burned in the Se Kong River near the border of Laos and South Vietnam north of the A Shau Valley, and that they had been on a secret mission in Laos. The U.S. State Department lists both men as killed in a hostile action, and further lists Kane as drowned and Janousek as a crew member of the aircraft. No public records indicate the fates of the rest of the crew, including the pilot and any passengers aboard.

Given the inconsistencies of the information available, it is impossible to determine exactly what happened to Kane and Janousek. All sources indicate that they were killed in the crash. As thousands of reports mount that Americans are still alive in captivity, families of men like Kane and Janousek are asking for the complete truth about what happened to their men.  Unfortunately, many cases are still classified, and will be for decades.