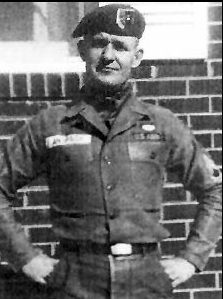 The general terrain and considerable flooding during the monsoon seasons encouraged the use of small craft in patrolling the Mekong Delta areas all the way up to the Cambodian border. Army Special Forces units, working with the Navy, developed an ability to use “air boats” for this purpose, and by early 1967 the 4th Mobile Strike Force Command at Detachment 401 (Don Phuc) was able to deploy the boats and troops in sections of 6 boats.

In early September 1966 two sections of boats, and the necessary 4th MSFC troops (indigents trained and led by the Special Forces soldiers), deployed from Don Phuc to a forward operating base with Detachment A-426 at Thuong Thoi.

At 0830, 11 Sep 1967, six airboats departed Thuong Thoi on a reconnaissance mission up-river with each boat carrying four Mike Force soldiers. The recon force was commanded by Captain Thomas A. Culp in Boat 3, with MSgt Robert A. Anspach in Boat 1 and MSgt James W. Lewis bringing up the rear in Boat 6. As the boats entered the Mekong River at the Cambodian border they were taken under heavy fire from fortified positions on both river banks. MSgt Anspach was killed at once and the other two Americans wounded shortly thereafter. Rather than run the gauntlet, the boats attempted to circle back – an act that kept them in the killing zone. In less than two minutes, Boat 2 had been sunk, Boats 1 and 5 were captured, Boats 4 and 6 immobilized – only Boat 3 was still in operation, and by this time Captain Culp had been hit again and killed. MSgt Lewis, in the immobilized Boat 6, maintained radio contact with base until he passed out.

The second boat section was underway immediately, was able to link up with Boat 3, and under cover of air support was able to re-enter the killing zone. Boat 5 and the bunkers on the Vietnam side were destroyed by air strikes; Boats 2, 4, and 6 were recovered; and the surviving members of the first section retrieved. When the dust settled, only Boat 1 and MSgt Anspach’s body were unaccounted for.

MSgt Anspach was classed as Killed in Action/Body not Recovered. His remains have not been repatriated.