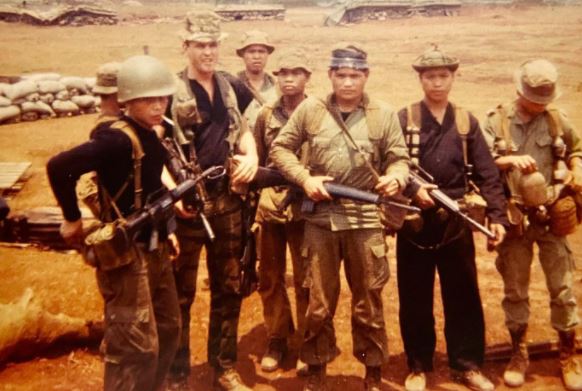 Phil Brown with RT Stag out of FOB-3 in Khe Sanh sometime prior to mid-1968.
In July, Phil was reassigned to FOB-2 in Kontum where he bumped into RT New York 1-0 John McGlon whom he’d served on A-103 at Gai Vuc. Being old pals, John took Phil on as his 1-1. Brown would eventually move into the 1-0 slot.
Phil had multiple tours in SEA with Special Forces including the infamous Mobile Guerrilla Force in 1967, and a tour with FANK in ‘72 after leaving SOG.
SGM Brown retired in 1991 after 30 years.