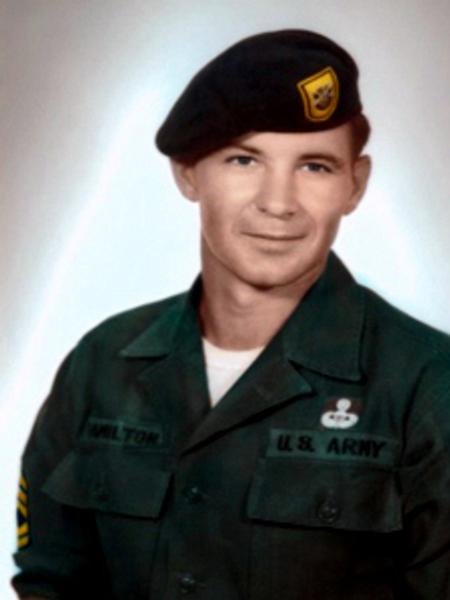 On February 2, 1968 SFC Gilbert Lee Hamilton, RT North Carolina, died of wounds he received on 17 January 1968 while on a mission. He left behind his parents, wife Phyllis and two young sons. SFC Hamilton’s name is on the Vietnam Veterans Memorial wall at Panel 36E Line 073. He was buried Fort Logan National Cemetery, Denver, Colorado. He was awarded the DSC for his actions on 17 January 1968.