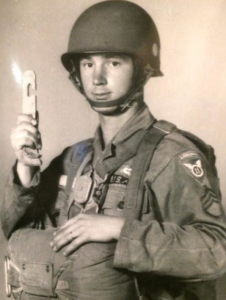 SYNOPSIS: Special Forces Sgt. Raymond Parks and a Thai interpreter were aboard a Camair Navion aircraft, tail number N229, flown by Alan Blewett on July 14, 1962. The aircraft, owned and operated by B.I. Bird & Sons Company, was flying a U.S. Government contract mission inside Laos. On that day, the Navion was on a flight from Vientianne to Saravane, Laos.

Parks was working in the WHITE STAR operation, which, depending on the time frame, trained and advised the Forces Armees du Royaume, staffed Laotian military schools, and conducted Meo and Kha unconventional warfare programs. At times WHITE STAR personnel worked under the auspices of the CIA, training Meo 100-man “Auto Defense de Choc” (shock) teams to be dispersed throughout the highlands to ambush and raid Pathet Lao forces, and at other times were the “eyes and ears” of MAAG, gathering intelligence and reporting how
equipment and supplies were being used. By July, 1962, WHITE STAR had reached its peak strength of 433 uniformed Special Forces personnel.

When Blewett’s aircraft failed to arrive at its interim stop at Pak Sane as scheduled, a communications check was initiated, with no response. Aerial and ground searches were initiated, including visits along the suspected flight path. No trace was ever found of the aircraft or its crew.