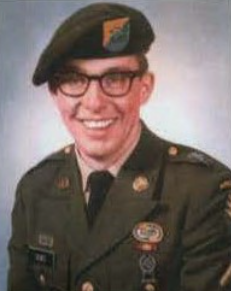 Source: Compiled from one or more of the following: raw data from U.S. Government agency sources, correspondence with POW/MIA families,2020.

SYNOPSIS:  PFC Paul King was a rifleman and a member of a Special Forces reconnaissance team composed of 2 Americans and 4 indigenous personnel on a combat mission in Laos.  During the mission, the team made contact with an enemy force of unknown size, and maneuvered to an area for possible extraction.

All attempts to rescue the team failed because of intense enemy fire.  The team remained in that pickup point overnight, and received sporadic fire from all sides.  The next morning, the enemy intensified their efforts to dislodge the team from the site.  During the ensuing action, King exposed himself while throwing a hand grenade and was hit in the head by large caliber weapons fire and was killed instantly.

Staff Sgt. Allen, the only survivor of the team stated that he saw King’s body lying very close to that of one of the indigenous personnel.  King and the 4 indigenous were killed in the action.  Allen evaded capture and was later extracted.  Because of the intense fire in the area, the bodies of the King and the rest of the team could not be recovered.  The area in Saravane Province remained consistently hostile throughout the war, and it was never possible to reenter the area.

Paul King was listed as killed, body not recovered.  He is listed with honor among the missing because no remains were found.  His case seems quite clear. For others who are listed missing, resolution is not as simple.  Many were known to have survived their loss incident.  Quite a few were in radio contact with search teams and describing an advancing enemy.  Some were photographed or recorded in captivity.  Others simply vanished without a trace. 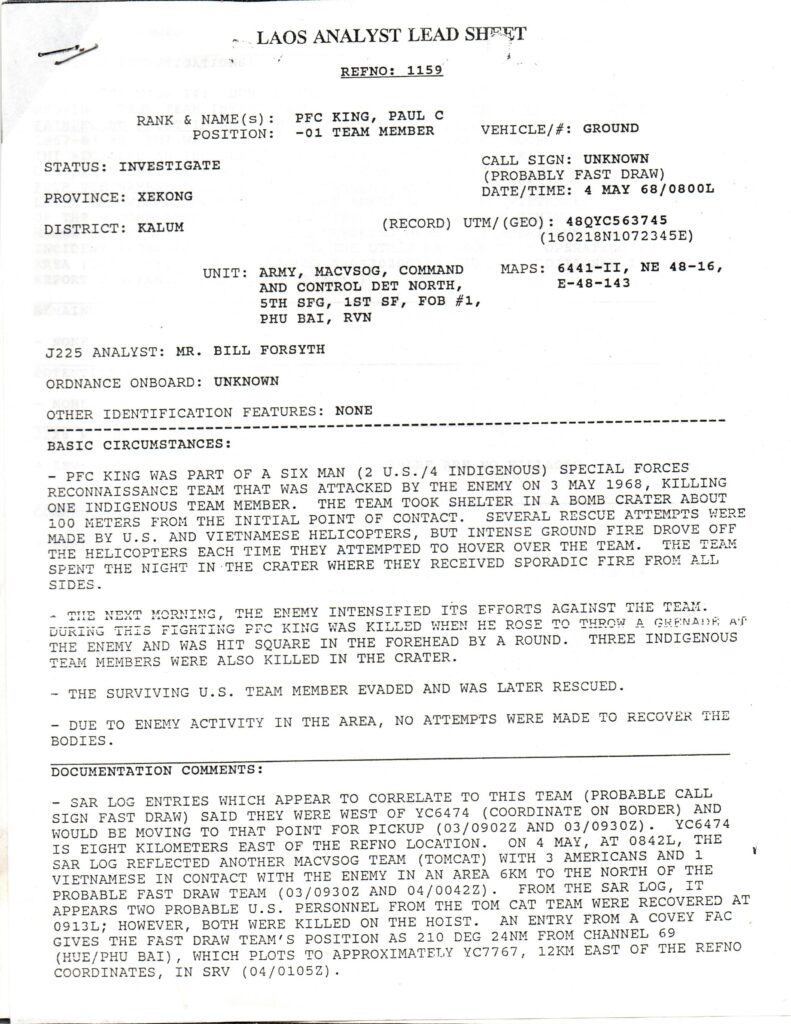 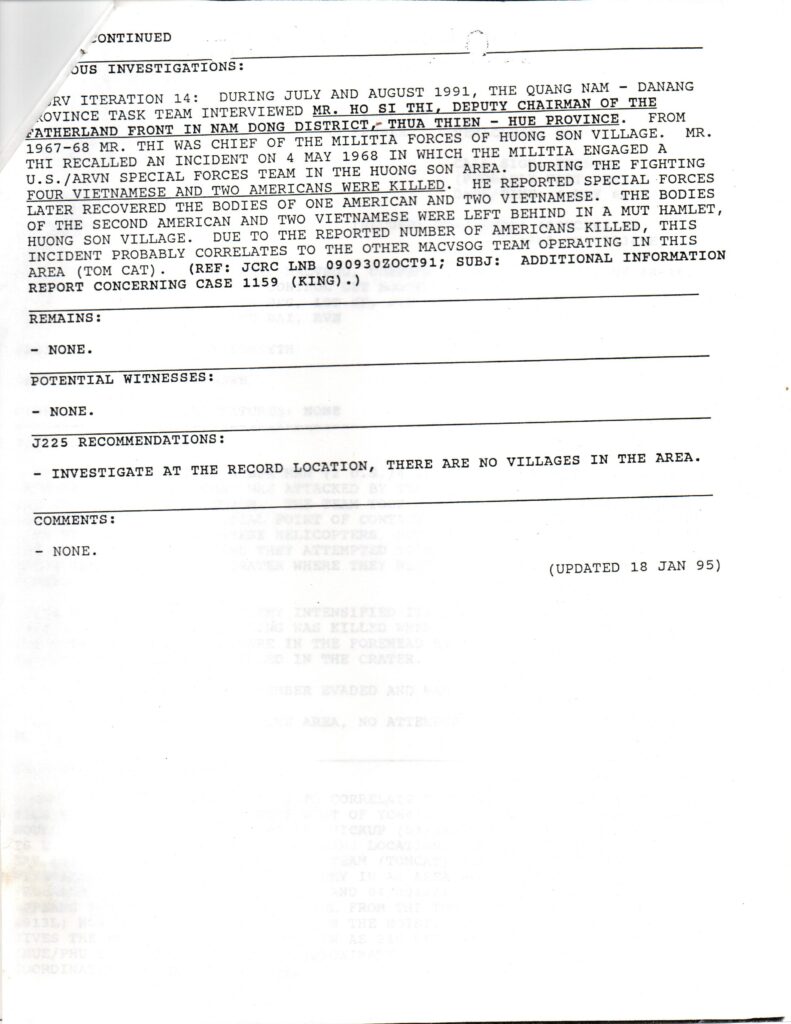