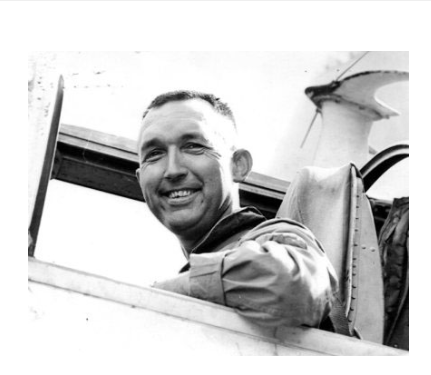 Aircraft/Vehicle/Ground: A1E
Other Personnel in Incident: none missing
REFNO: 0253

Source: Compiled by Homecoming II Project  from one or more of the following: raw data from U.S. Government agency sources, correspondence with POW/MIA families, published sources, interviews. Updated by the P.O.W. NETWORK 2020.

SYNOPSIS: When North Vietnam began to increase their military strength in South Vietnam, NVA and Viet Cong troops again intruded on neutral Laos for sanctuary, as the Viet Minh had done during the war with the French some years before. The border road, termed the “Ho Chi Minh Trail” was used for transporting weapons, supplies and troops. Hundreds of American pilots were shot down trying to stop this communist traffic to South Vietnam. Fortunately, search and rescue teams in Vietnam were extremely successful and the recovery rate was high.

Still there were nearly 600 who were not rescued. Many of them went down along the Ho Chi Minh Trail and the passes through the border mountains between Laos and Vietnam.

One of the aircraft which operated along the Trail was the Douglas A1 Skyraider. The “Spad” is a highly maneuverable, propeller driven aircraft designed as a multipurpose attack bomber or utility aircraft. The E model generally carried two crewmen. The A1 was first used by the Air Force in its Tactical Air Command to equip the first Air Commando Group engaged in counterinsurgency operations in South Vietnam, and later used in a variety of roles, ranging from multi-seat electronic intelligence gathering to Navy antisubmarine warfare and rescue missions. The venerable fighter aircraft was retired in the spring of 1968 and had flown in more than twenty model variations, probably more than any other U.S. combat aircraft.

Major Oscar Mauterer was an A1E pilot assigned a mission in Laos. During the mission, as he was about 5 miles south of Na Phao in the Mu Gia Pass area of Khammouane Province, Mauterer’s aircraft was hit by enemy fire and he was forced to eject.

Mauterer apparently ejected safely, and there is reason to believe he was captured by the enemy. Whether that enemy was the North Vietnamese who regularly streamed down the Ho Chi Minh Trail, or their Lao communist allies, the Pathet Lao, is a matter for speculation, but some reports point to capture by the Lao.

A September 13, 1968 statement by Soth Pethrasi was monitored from Puerto Rico in which Mauterer’s name was mentioned. The report stated that “Smith, Christiano, Jeffords, and Mauterer” were part of “several dozen captured Airmen” whom the Pathet Lao were “treating correctly and who were still in Laos. Another name, Norman Morgan, captured January 9, 1968, was mentioned
but is not on lists of missing. This is believed to correlate to Norman Green, lost on January 9, 1968 in Laos.