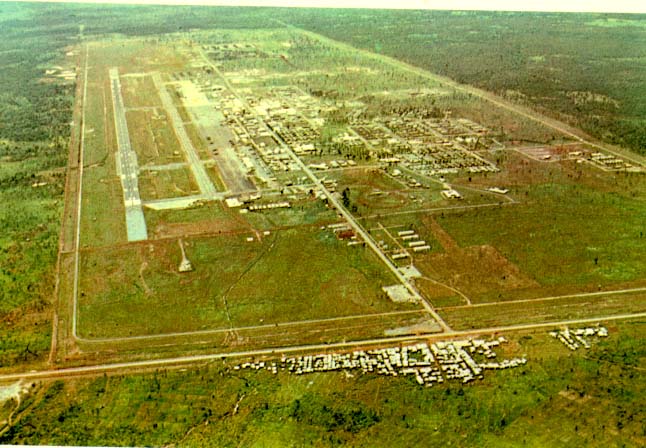 At Nakhon Phanom the mighty Mekong River slices through the heart of the unified tribal cultures of the Mekong River Valley People forming today the current modern border between the countries of Thailand and Laos.

Situated in extreme Northeast Thailand, known as Isan, Nakhon Phanom is adjacent to the central Laotion town of Thakhet which means “foreigner crossing” in Lao.

Nakhon Phanom “The City of Hills” was affectionately known as “Naked Fanny” or NKP by the Americans and refered to as the “End of the line at the edge of the world.”

NAKHON PHANOM, Thailand (UPI)- The U.S. Air Force is waging a secret and unconventional phase of the air war in Southeast Asia from this base across the Mekong River from Laos.

The American pilots involved wear midnight-black flight suits and fly camouflaged twin-engine A26 bombers without identifying insignia. One of the seven U.S. bases in Thailand, theirs alone is cloaked in secrecy.

Inquiries about the mission of the U.S. 56th Special Operations Wing at Nakhon Phanom are met with a terse “no comment” from U.S. officials.

The base is less than 5 minutes flying time from areas of technically neutral Laos where there has been fighting between Laotian forces and Communist North Vietnamese and Pathet Lao forces.

U.S. officials have disclosed that American pilots fly “armed reconnaissance” missions in Laos at the request of the Laotian government to prevent Communist infiltration over the Ho Chi Minh trail, which meanders several hundred miles down Eastern Laos. These flights are permitted to shoot back if fired upon.

There never has been any official admission of U.S. warplane support for ground troops in the country.

But ground support is the mission for which most of the aircraft at Nakhon Phanom are best suited.

Despite the secrecy at the base, its activities are impossible to hide from the local populace. U.S. commanders are certain that the Communist guerrillas have passed on word of its operations.

The scope of combat in Laos has never reached the level of that in South Vietnam, but the nation, about the size of Idaho, is strategically vital for both sides.

Intelligence officers at the U.S. Embassy in Bangkok said there are about 40,000 North Vietnamese troops in Laos assisting a force of about 29,000 Pathet Lao guerrillas, the Laotian equivalent of the Vietcong in South Vietnam. Laotian officials give the same figures. The number of troops in the Laotian army is about 75,000. In addition there are about 10,000 neutralists now fighting on the government side.

Control of the Ho Chi Minh trail running down Eastern Laos is the centerpiece of the Laotian war because of its importance to North Vietnam as a lifeline, to its troops in South Vietnam.

The trail network winds south from the Mu Gia pass in between North Vietnam and Laos. Some routes follow Highway 9, a major east-west road across Laos leading to Khe Sanh and other areas just below the demilitarized zone. Other routes run east from the province capitols of Saravane and Attopeu in southern Laos to South Vietnams central highlands.

In addition, arteries of the Ho Chi Minh trail wind south out of Laos into Cambodia where they reach the Saigon area provinces of Tayninh, Phuoclong and Binhlong.

U.S. Commanders take the position that missions by the men of the 56th Special Operations Wing are an important countermove against North Vietnamese infiltrations and military intervention in Laos.

The pilots are proud of their elite status.

Clusters of machine guns bristled from the noses of the unmarked bombers covered with swatches of green and black camouflage paint.

The A26 is a relatively slow and easily maneuvered plane, making it ideal as a close-in support craft.

In addition to the A26s, the wing is equipped with unmarked T28 fighter-bombers and C123 transport craft without insignia.

There are O2 “Birddog” spotter planes, also unmarked. These craft are used extensively in South Vietnam to direct artillery strikes on Communist units.

U.S. airmen are careful to obey the “classified ” status of their mission here, but Laotian troops across the river in Laos itself make no secret about the support they have received from American aircraft.

One sergeant from a Laotian volunteer battalion, which fought a battle Aug. 16 south of the village of Muong Phalane at the western edge of the Ho Chi Minh trail, credits U.S. planes with killing almost all of the 58 North Vietnamese and Pathet Lao troops who died.

In addition to the unmarked planes, there are other U.S. aircraft that are clearly identified as American and fly more conventional missions.

These include A1E skyraiders used for air cover in search and rescue operations for downed pilots in North Vietnam and Laos and “Jolly Green Giant” helicopters which make jungle pickups. 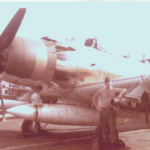 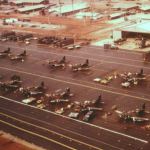 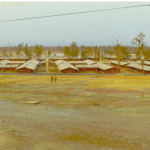 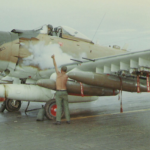 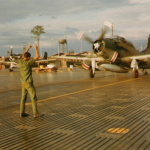 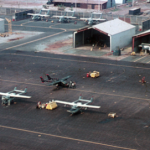 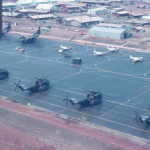 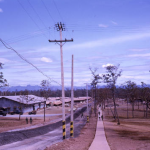 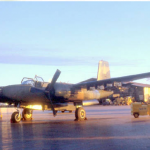