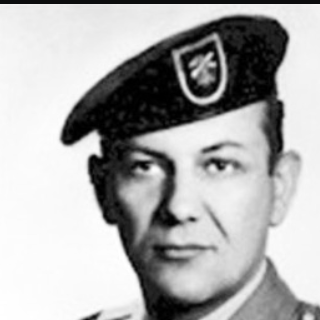 Source: Compiled from one or more of the following: raw data from U.S. Government agency sources, correspondence with POW/MIA families,published sources, interviews. Updated by the P.O.W. NETWORK in 2020.

SYNOPSIS: On May 13, 1969, 1Lt. Bruce Bessor, pilot, and SFC Mike J. Scott, observer were flying on an O1G aircraft (serial #51-16959) on a radio relay mission for a Special Forces reconnaissance team in the area of the Vietnam/Laos border. SFC Scott was assigned to Command and Control Central, MACV-SOG (Military Assistance Command, Vietnam Studies and Observation Group). MACV-SOG was a joint service high command unconventional warfare task force engaged in highly classified operations throughout Southeast
Asia. The 5th Special Forces channeled personnel into MACV-SOG (although it was not a Special Forces group) through Special Operations Augmentation (SOA), which provided their “cover” while under secret orders to MACV-SOG.  The teams performed deep penetration missions of strategic reconnaissance and interdiction which were called, depending on the time frame, “Shining Brass” or “Prairie Fire” missions.

At about 0800 hours, when the recon team had radio contact with 1Lt. Bessor’s aircraft, they heard aircraft engine noise southwest of their
position followed by 15 rounds of 37mm fire and engine sputtering but no sound of crash, then a large volume of rifle fire from the same direction.  The reconnaissance team then lost radio contact with the aircraft.

Search aircraft attempted to enter into the suspected crash control site, but cloud cover and enemy fire prevented them from doing so. On May 18, the area was visually searched, but nothing was found. Bessor and Scott were declared Missing in Action. They are among nearly 600 Americans still missing in Laos.