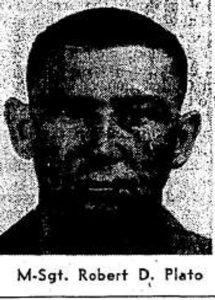 He served with the Hatchet Force and was killed while trying to help his wounded Cambodian troops. He was awarded the Distinguished Service Cross.  We were on an operation inside Laos near the Ho Chi Minh Trail and I helped recover his body.

MSG Plato was married and his wife was from Okinawa, Japan, and they had several children.