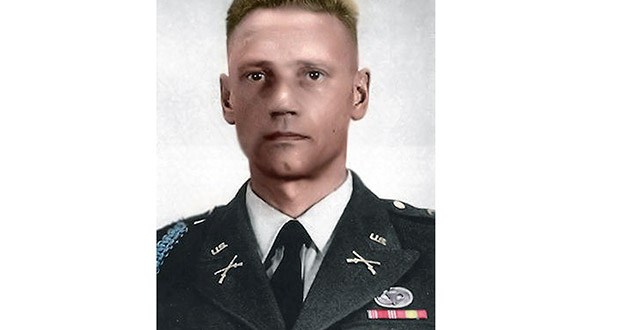 Lauri Allan Törni (28 May 1919 – 18 October 1965), later known as Larry Alan Thorne, was a Finnish born American soldier who fought under three flags: as a Finnish Army officer in the Winter War and the Continuation War ultimately gaining a rank of captain; as a Waffen-SS captain (under the alias Larry Lane) of the Finnish Volunteer Battalion of the Waffen-SS when he fought the Red Army on the Eastern Front in World War II;  and as a United States Army Major (under the alias “Larry Thorne”) when he served in the U.S. Army Special Forces in the Vietnam War.

Törni died in a helicopter crash during the Vietnam War and he was promoted to the rank of major posthumously. His remains were located three decades later and then buried in Arlington National Cemetery; he is the only former member of the Waffen-SS known to be interred there.

Christened Lauri Allan Törni, he was born in Viipuri, Viipuri Province, Finland, to ship captain Jalmari (Ilmari) Törni, and his wife, Rosa (née Kosonen). He had two sisters: Salme Kyllikki (b. 1920) and Kaija Iris (b. 1922). An athletic youth, Törni was an early friend of future Olympic Boxing Gold Medalist Sten Suvio. After attending business school and serving with the Civil Guard, Törni entered military service in 1938, joining Jaeger Battalion 4 stationed at Kiviniemi; when the Winter War began in November 1939, his enlistment was extended and his unit confronted invading Soviet troops at Rautu.

During the battles at Lake Ladoga, Törni took part in the destruction of the encircled Soviet divisions in Lemetti.

His performance during these engagements was noticed by his commanders, and toward the end of the war, he was assigned to officer training where he was commissioned a Vänrikki (2nd lieutenant) in the reserves. After the Winter War, in June 1941, Törni went to Vienna, Austria for seven weeks of training with the Waffen-SS, and returned to Finland in July; as a Finnish officer, the Germans recognized him as an Untersturmführer.  Most of Törni’s reputation was based on his successful actions in the Continuation War (1941–44) between the Soviet Union and Finland. In 1943, a unit informally named Detachment Törni was created under his command. This was an infantry unit that penetrated deep behind enemy lines and soon enjoyed a reputation on both sides of the front for its combat effectiveness. One of Törni’s subordinates was future President of Finland Mauno Koivisto.  Koivisto served in a reconnaissance company under Törni’s command during the Battle of Ilomantsi, the final Finnish-Soviet engagement of the Continuation War, during July and August 1944. Törni’s unit inflicted such heavy casualties on Soviet units that the Soviet Army placed a bounty of 3,000,000 Finnish marks on his head.  He was decorated with the Mannerheim Cross on 9 July 1944.

The September 1944 Moscow Armistice, required the Finnish government to remove German troops from its territory, resulting in the Lapland War; during this period, much of the Finnish Army was demobilized, including Törni, leaving him unemployed in November 1944.  In January 1945, he was recruited by a pro-German resistance movement in Finland and left for saboteur training in Germany, with the intention of organizing resistance in case Finland was occupied by the Soviet Union.  The training was prematurely ended in March, but as Törni could not secure transportation to Finland, he joined a German unit to fight Soviet troops near Schwerin, Germany. He surrendered to British troops in the last stages of World War II and eventually returned to Finland in June 1945 after escaping a British POW camp in Lübeck, Germany.

Törni in a Waffen SS uniform during training in 1941

As his family had been evacuated from Karelia, Törni sought to rejoin them in Helsinki but was arrested by Valpo, the Finnish state police.   After escaping, he was arrested a second time in April 1946, and tried for treason for having joined the German Army.  After a trial from October to November, he received a six-year sentence in January 1947. Imprisoned at the Turku provincial prison, Törni escaped in June, but was recaptured and sent to the Riihimäki State Prison.  President Juho Paasikivi granted him a pardon in December 1948.

A plaque in Hotel Tammer, Tampere, about Lauri Törni’s jägers being banned from meeting there in 1946.

Emigration to the United States

In 1949, Törni, accompanied by his wartime executive officer Holger Pitkänen, traveled to Sweden, crossing the border from Tornio to Haparanda (Haaparanta), where many inhabitants are ethnic Finns. From Haparanda, Törni traveled by railroad to Stockholm where he stayed with Baroness von Essen, who harbored many fugitive Finnish officers following the war. Pitkänen was arrested and repatriated to Finland. Remaining in Sweden, Törni fell in love with a Swedish Finn, Marja Kops, and was soon engaged to be married. Hoping to establish a career before the marriage, Törni traveled under an alias as a Swedish seaman aboard the SS Bolivia, destined for Caracas, Venezuela, where he met one of his Winter War commanders, Finnish colonel Matti Aarnio, who was in exile having settled in Venezuela after the war. From Caracas, Törni hired on to a Swedish cargo ship, the MS Skagen, destined for the United States in 1950.[citation needed]

While in the Gulf of Mexico, near Mobile, Alabama, Törni jumped overboard and swam to shore. Now a political refugee, Törni traveled to New York City where he was helped by the Finnish-American community living in Brooklyn’s Sunset Park “Finntown”. There he worked as a carpenter and cleaner. In 1953, Törni was granted a residence permit through an Act of Congress that was shepherded by the law firm of “Wild Bill” Donovan, former head of the Office of Strategic Services.

Törni enlisted in the US Army in 1954 under the provisions of the Lodge-Philbin Act and adopted the name Larry Thorne. In the US Army, he was befriended by a group of Finnish-American officers who came to be known as “Marttinen’s Men” (Marttisen miehet).

With their support, Thorne joined the US Army Special Forces. While in the Special Forces, he taught skiing, survival, mountaineering, and guerrilla tactics. In turn he attended airborne school, and advanced in rank to sergeant. Receiving his US citizenship in 1957, Thorne attended Officer Candidate School, and was commissioned as a first lieutenant in the Signal Corps.  He later received a Regular Army commission and a promotion to captain in 1960. From 1958–1962, he served in the 10th Special Forces Group in West Germany at Bad Tölz, from where he was second-in-command of a search and recovery mission high in the Zagros Mountains of Iran, which gained him a notable reputation.  When he was in Germany, he briefly visited his relatives in Finland. In an episode of The Big Picture released in 1962 and composed of footage filmed in 1959, Thorne is shown as a lieutenant with the 10th Special Forces Group in the United States Army.

Deploying to South Vietnam in November 1963 to support Army of the Republic of Vietnam (ARVN) forces in the Vietnam War, Thorne and Special Forces Detachment A-734 were stationed in the Tịnh Biên District and assigned to operate Civilian Irregular Defense Group (CIDG) encampments at Châu Lăng and later Tịnh Biên.

During a fierce attack on the CIDG camp in Tịnh Biên, he received two Purple Hearts and a Bronze Star Medal for valor during the battle.  This attack would later be described by author Robin Moore in his book The Green Berets.

Thorne’s second tour in Vietnam began in February 1965 with 5th Special Forces Group; he then transferred to Military Assistance Command, Vietnam – Studies and Observations Group (MACV–SOG), a classified US special operations unit focusing on unconventional warfare in Vietnam, as a military advisor.

On 18 October 1965, as part of the operation Shining Brass, Thorne was supervising the first clandestine mission to locate Viet Cong turnaround points along the Ho Chi Minh trail and destroy them with airstrikes. Two Republic of Vietnam Air Force (RVNAF) CH-34 helicopters launched from Kham Duc Special Forces Camp and rendezvoused with a United States Air Force Cessna O-1 Bird Dog Forward Air Controller in inclement weather in a mountainous area of Phước Sơn District, Quảng Nam Province, Vietnam, 25 miles (40 km) from Da Nang. While one CH-34 descended through a gap in the weather to drop off the six-man team, the command CH-34 carrying Thorne and the O-1 loitered nearby. When the drop helicopter returned above the cloud cover, both the CH-34 and the O-1 had disappeared.  Rescue teams were unable to locate the crash site. Shortly after his disappearance, Thorne was promoted to the rank of major and posthumously awarded the Legion of Merit and Distinguished Flying Cross.

In 1999, Thorne’s remains were found by a Finnish and Joint Task Force-Full Accounting team  and repatriated to the United States following a Hanoi Noi Bai International Airport ceremony that included Secretary of State Madeleine Albright and Ambassador Pete Peterson.

Formally identified in 2003, his remains were buried on 26 June 2003 at Arlington National Cemetery, along with the RVNAF casualties of the mission recovered at the crash site.  He was memorialized on the Vietnam Veterans Memorial at Panel 02E, Line 126.  He was survived only by his fiancée, Marja Kops, who later remarried. 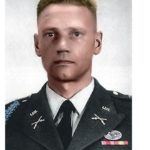 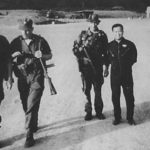 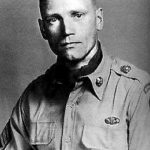 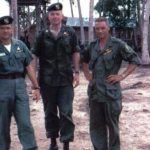 Larry Thorne far right, in Tinh Binh with Major James Lattimore far left and an unknown cpt in the middle. In 1964 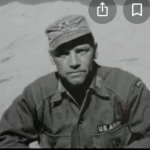 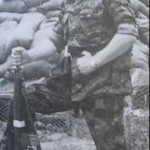