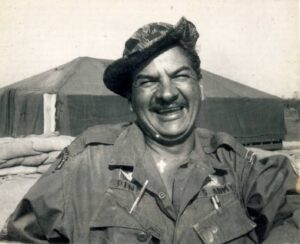 S.O.G. has more than its fair share of interesting and amazing men. One of those was Lionel F “Choo Choo” Pinn. He was full blooded Native American Indian (Micmac & Algonquin) and was a member of one of the first Special Forces Groups in WW2, The Alamo Scouts and Darby’s Rangers. He was with the Rangers in the Korean War, and was one of the first Green Berets in Vietnam, as well as operating with MACV-SOG. Choo Choo fought in three wars, earning a triple CIB, was captured, tortured and escaped in each war, and received over a half dozen purple hearts, some say nine. He wrote a book about his life called “Hear The Bugles Calling” which you can get on Amazon. Choo Choo’s Native American name was Chief Red Hawk.
Lionel Pinn also played a part in the early history of the Special Operations Association. In 1977 Jim Butler (SOA Founder) was looking for a location to hold the first “formal” SOA reunion (it had been incorporated as a (501)C3 in 1976). Lionel was one of the security directors at Caesars Palace and introduced Butler to its owners, the Perlman brothers. The Perlman’s loved the idea and struck a bargain with the group. The first two SOAR’s (1977 & 1978) were held at Caesars Palace.
Lionel F “Choo Choo” Pinn passed away in 1999 and is buried at Arlington National Cemetery. 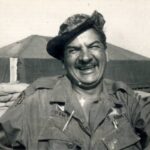 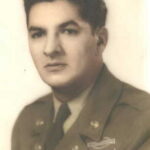 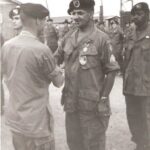 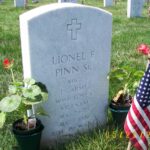