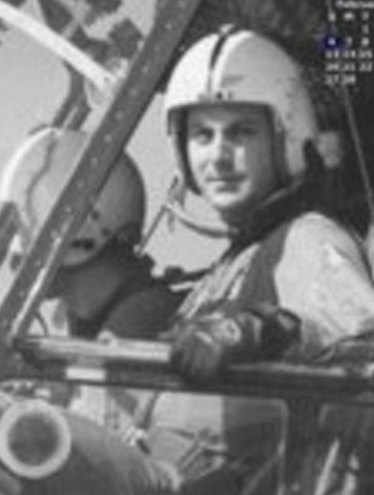 On January 28, 1970, an HH-53B Super Jolly Green Giant (tail number 14434, call sign Jolly Green 71) with a crew of six took off on a search and rescue mission in Laos. While in a holding pattern over the rescue area, the helicopter was struck by enemy fire, causing it to crash. Search and rescue efforts could not be conducted due to a strong enemy presence in the area. The remains of the helicopter’s pilot were returned to U.S. custody after the war; however, the rest of the crew is still unaccounted for.

Captain Leonard Charles Leeser, who joined the U.S. Air Force from New York, was a member of the 40th Aerospace Rescue and Recovery Squadron. He was the co-pilot of the HH-53B when it went down, and was lost with the aircraft. Attempts to recover or identify his remains following the incident have been unsuccessful. Today, Captain Leeser is memorialized on the Courts of the Missing at the National Memorial Cemetery of the Pacific.