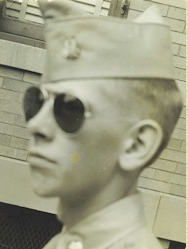 Source: Compiled by Homecoming II from one or more of the following: raw data from U.S. Government agency sources, correspondence with POW/MIA families, published sources, interviews. Updated by the P.O.W. NETWORK May 2020

SYNOPSIS: The U.S. Army Special Forces, Vietnam (Provisional) was formed at Saigon in 1962 to advise and assist the South Vietnamese government in the organization, training, equipping and employment of the Civilian Irregular Defense Group (CIDG) forces. Total personnel strength in 1963 was 674, all but 98 of whom were TDY from 1st Special Forces Group on Okinawa and 5th and 7th
Special Forces Groups at Ft. Bragg. USSF Provisonal was given complete charge of the CIDG program, formerly handled by the CIA, on July 1, 1963.

The USSF Provisional/CIDG network consisted of fortified, strategically located camps, each one with an airstrip. The area development programs soon evolved into combat operations, and by the end of October 1963, the network also had responsibility for border surveillance. Two of the Provisional/CIDG camps were at Hiep Hoa (Detachment A-21) and Tan Phu (Detachment A-23), Republic of Vietnam. Their isolated locations, in the midst of known heavy enemy presence, made the camps vulnerable to attack.

The camp at Hiep Hoa was located in the Plain of Reeds between Saigon and the Cambodian border. In late October 1963, several Viet Cong surrendered at the camp, claiming they wished to defect. Nearly a month later, on November 24, Hiep Hoa was overrun by an estimated 400-500 Viet Cong just after midnight. Viet Cong sympathizers in the camp had killed the guards and manned a machine gun position at the beginning of the attack. The Viet Cong climbed the camp walls and shouted in Vietnamese, “Don’t shoot! All we want is the Americans and
the weapons!” Lt. John Colbe, the executive officer, evaded capture. Capt. Doug Horne, the Detachment commander, had left earlier with a 36 man Special Forces/CIDG force. The Viet Cong captured four of the Americans there. It was the first Special Forces camp to be overrun in the Vietnam War.

Those captured at Hiep Hoa were SFC Issac “Ike” Camacho, SFC Kenneth M. Roraback (the radio operator), Sgt. George E. “Smitty” Smith and SP5 Claude D. McClure. Their early days of captivity were spent in the Plain of Reeds, southwest of Hiep Hoa, and they were later held in the U Minh forest.

“Ike” Camacho continually looked for a way to escape. In July 1965, he was successful. His and Smith’s chains had been removed for use on two new American prisoners, and in the cover of a violent night storm, Camacho escaped and made his way to the village of Minh Thanh. He was the first American serviceman to escape from the Viet Cong in the Second Indochina War. McClure and Smith were released from Cambodia in November 1965.

On Sunday, September 26, 1965, “Liberation Radio” announced the execution of Rocky Versace and Kenneth Roraback in retaliation for the deaths of 3 terrorists in Da Nang. A later news article stated that the executions were faked, but the Army did not reopen an investigation. In the late 1970’s information regarding this “execution” became classified, and is no longer part of public record.

Of the seven U.S. Army Special Forces personnel captured at Hiep Hoa and Tan Phu, the fates of only Versace and Roraback remain unknown. The execution was never fully documented; it is not known with certainty that these two men died.  Although the Vietnamese claim credit for their deaths, they did not return their remains. From the accounts of those who knew them, if these men were not executed, they are still fighting for their country.