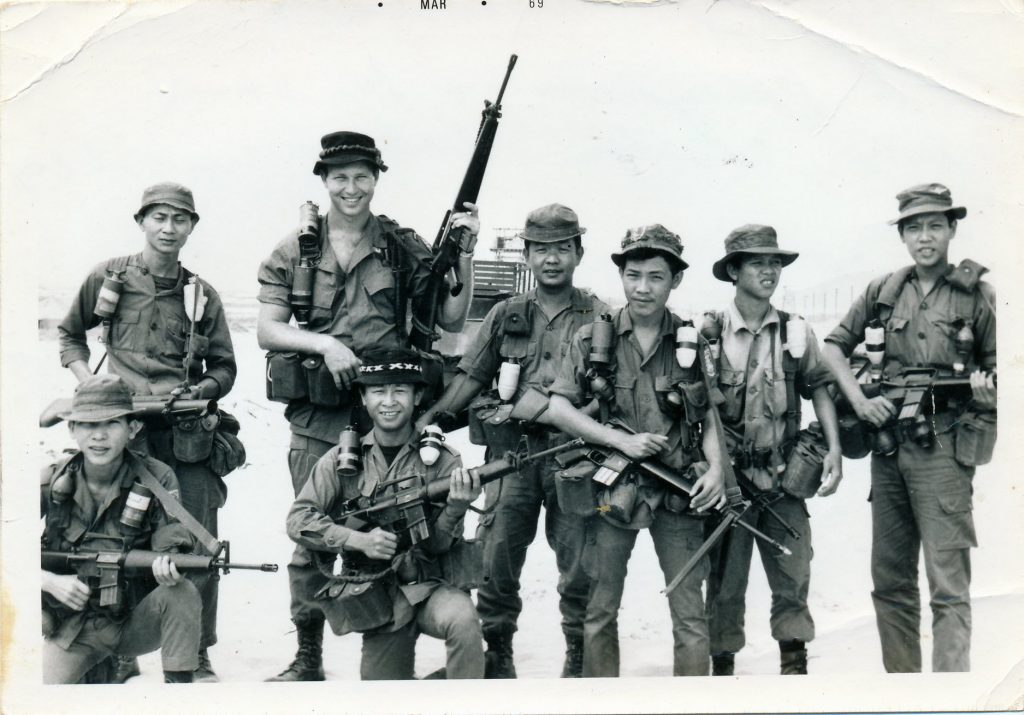 05 Mar 69; Earl W Himes, SGT E-5 and Sanderfield A Jones, SP/4, MLT-1, Phu Bai, CCN-KIA
OPERATION DEWEY CANYON
SGT Himes was point man on a MACV-SOG recon patrol in the A-Shau Valley in Laos when he was ambushed and killed. SP4 Sandifierd (Sandy) Jones ran to him despite attempts by SSG (later 1SG) Charles Gray’s attempts to stop him. SP4 Jones was hit multiple times with AK-47 rounds to the legs, chest and one to the head that killed him instantly. Both SGT Himes and SP4 Jones were awarded the Silver Star for their actions during Operation Dewey Canyon.