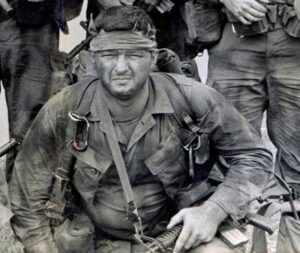 SSG James Edward Holder, KIA on August 21, 1970 while serving with CCN. He was serving on his first mission as an assistant recon team leader in the DMZ/Laos area when his was killed by small arms fire. His team 1-0 (leader) was SGT Ted Finley. They were on a combined operation with RT Crusader with SFC James M Johnson and SGT David Rice.
Silver Star Citation: For gallantry in action while engaged in military operations involving conflict with an armed hostile force in the Republic of Vietnam: Staff Sergeant Holder distinguished himself while serving as assistant team leader for a long range reconnaissance patrol operating deep within enemy controlled territory. As the patrol advanced through thick jungle undergrowth in an effort to observe suspected enemy activity, they were suddenly ambushed by a well-entrenched hostile force. Moving from his rear position to the point of heaviest contact, Sergeant Holder placed devastating return fire on the enemy enabling his comrades to withdraw to more defensible positions. As they withdrew, the sergeant assumed a position in a bomb crater and single-handedly slowed the advancing enemy force. Refusing to withdraw, he continued to put forth devastating counter fire until he was mortally wounded by an enemy bullet. Staff Sergeant Holder’s gallantry in action, at the cost of his life, was in keeping with the highest traditions of the military service and reflects great credit upon himself, his unit, and the United States Army. 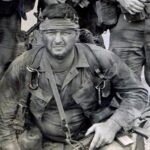 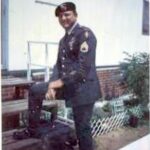 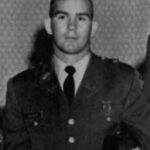 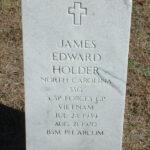