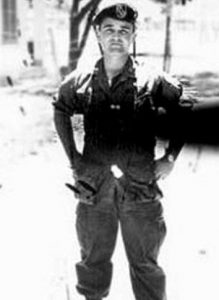 Source: Compiled by Homecoming II Project 01 April 1990 from one or more of the following: raw data from U.S. Government agency sources, correspondence with POW/MIA families, published sources, interviews. Updated by the P.O.W. NETWORK 2020.

SYNOPSIS: On November 15, 1968, 1st Lt. Bircham was the patrol leader of an 8 man LRRP (long-range reconnaisaince patrol) of the FOB2, 5th Special Forces Group on a search mission in Laos. During the mission, the patrol was
ambushed, and in evading the enemy, Bircham suffered a broken ankle and fragmentaion wounds. He radioed and requested that the patrol be extracted that evening.

Because of the difficult terrain, which prevented the helicopters from landing to exfiltrate the patrol, the men were to be picked up by McGuire extraction rigs. These devices were dropped through the trees near the ground, where the men situated themselves on them, were pulled up through the trees, and carried in suspension until they could safely be brought aboard the helicopter or placed on ground.

After 4 members of the patrol were sucessfully extracted in the first helicopter, the second aircraft hovered to pick up the other four men, with only 3 rigs. Lt. Birchim ensured that the other 3 men were situated and then hung on the back of one of his men. Their rig was dragged through the trees, nearly dislodging them, but Birchim hung on for what was estimated to be about 30-45 minutes before falling from a height of about 2500 feet. The exact location can only be approximated by time from the known pickup point.

All elements of 5th Special Forces Group in the area were notified, but Birchim’s body was never found. It is estimated that Birchim’s last location was in Kontum Province, South Vietnam, about half-way between the towns of Dak Sut and Dak To.

Whether James Birchim survived the the fall from the McGuire rig to be captured is certainly not known. It is not known if he might be among those thought to be still alive today. What is certain, however, is that as long as even one American remains alive, held against his will, we owe him our very best efforts to bring him to freedom. 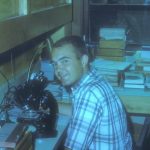