SFC
B-53
FOB-3
He did 5 tours that I know of and was wounded twice. He was in country as an adviser before the war broke out. He didn’t talk much about his time there except for a snippet here and there. I know he was in Taiwan training troops for a while in 1965? (I can still remember throwing water balloons off the roof of the Grand Taipei
Hotel with my brother). After leaving MACV-SOG he became a recruiter in Kenosha, WI for a while before he retired in 1975 I believe. After leaving the military he became a Kenosha county sheriff were he worked for 13 years. During his time with the sheriffs dept he helped develop their SWAT team. After leaving the sheriffs dept he kept busy running his gun shop and other entrepreneurial endeavors. He finally settled down and lived the remainder of his days on a nice 65 acre plot in the woods of Virginia not far from where he was born.
Information obtained from his Son Kevin Sherron 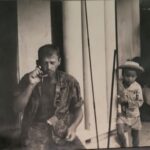 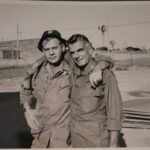 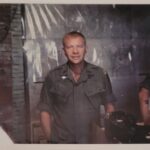 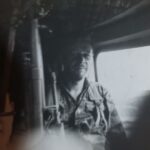 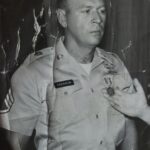 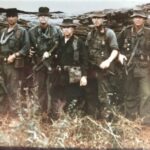