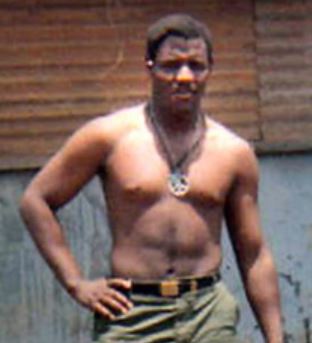 Corporal Herndon Arrington Bivens entered the U.S. Army from New York and served with the 52nd Aviation Battalion, 17th Aviation Group, 1st Aviation Brigade. On April 15, 1970, he was riding in a helicopter with Army of the Republic of Vietnam (ARVN) soldiers en route to a landing zone in Kon Tum Province. While at the landing zone, the helicopter was hit by small arms fire, and CPL Bivens was injured but survived the crash and was captured by enemy forces. Another American captured during the same landing reported seeing CPL Bivens seriously wounded and carried away on a stretcher. Corporal Bivens was not seen again. Following his disappearance, the Army promoted CPL Bivens to the rank of staff sergeant.