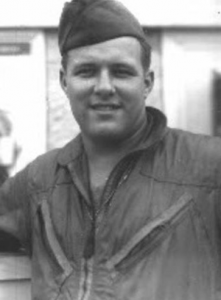 Source: Compiled by Homecoming II Project 01 April 1990 with the assistance of one or more of the following: raw data from U.S. Government agency sources, correspondence with POW/MIA families, published sources, interviews. Updated by the P.O.W. NETWORK 1999 with information from his daughter, Debbie Webster. Update 2000 with information from James Grady. 2020

SYNOPSIS: Maj. Albert D. Wester was a copilot of an HH3E “Jolly Green Giant” helicopter dispatched on a recovery mission on the border of South Vietnam and Laos on October 5, 1968. The Jolly Green normally carried a crew of four, and could carry up to 30 passengers, but the only other crew member whose name is part of public record is Sgt. Gregory P. Lawrence.

At a point about due west of Da Nang in Laos, on the border of Quang Nam Province in South Vietnam and Savannakhet Province in Laos, Maj. Wester’s aircraft was hit by hostile fire and crashed. Both Wester and Lawrence sustained fatal injuries from the subsequent crash, fire and explosion. It is assumed, but not known, that the rest of the crew was either rescued or recovered dead.

Wester and Lawrence are among a number of Americans who were listed as Killed in Action, Body Not Recovered. They are counted among the missing because their remains were never recovered for an honorable burial at home.  For their families, there can be some assurance that they died in the service of their country.