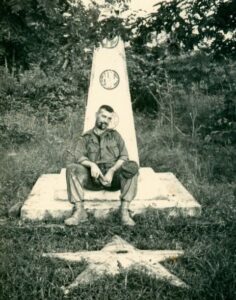 LTC (Ret) Gerald H. Zimmer Jr.Baptized John Henry Gerald Harwick Zimmer Jr., Wick entered the Army as a dependent in Syracuse, NY on 28 July 1935. He and mother, Marion Bruce, accompanied Gerald senior through several postings across the country, ultimately arriving in San Bernardino, California where Wick lived the formative years of his youth.Wick lost his father early in life from complications resulting from wounds received servicing as a Battalion Commander crossing the Rapido River in the Italian Campaign, WWII. Wick picked up his father’s lead and pursued an Army career by winning a Congressional Appointment to West Point. The 1958 ‘Howitzer’ captured his four years with’ Wick, came out of the Golden West with a fencing saber in one hand, a chess set in the other and a history book in his hip pocket. His frontal attack on the slipstick culminated in a four year drawn battle. He leaves “our fair institution” with two fixed opinions: “Arise, ye downtrodden” and” ’88 or Bust.” Dialectic Society 4-3-2-1; Fencing Club 2-1,Vice-President 2; Chess Club 4-3, Treasurer 3; Debate Council and Forum 4; Russian Language Club 2; Sergeant 1.Wick’s military service spanned 24 years, stemming from the heights over the Hudson to the Mekong Delta. He received his commission in the Field Artillery, and he and bride Barbara, headed to Schofield Barracks, Hawaii to serve as a Forward Observer, Reconnaissance Survey Officer and Battery Executive Officer in the 1-8 FA Bn. In 1961 Wick transferred to the Infantry and assumed duties as a Platoon Leader, Company Commander and Commander the Tropical Lightning’s Prisoner of War Training Camp, preparing Soldiers bound for Viet Nam.Wick’s request to deploy was approved and he served in Viet Nam as an ARVN Battalion Advisor and PSYWAR Advisor (1964). Barbara, with sons Gerald III and Darren stayed with her parents while she gave birth to Shannon. Upon Wick’s return the family rejoined at Ft Myers to live blocks from the National Cemetery as he worked with the 3d Infantry as the ‘Old Guard’s Operations Officer. After a few years of ceremonial and Presidential Escort duties Wick was eager to re-engage in current military operations; he volunteered for Vietnamese language training at the Defense Language Institute, Monterey, California and subsequent re-assignment back to Viet Nam. In route to school his orders changed to instruction in the Thai language and entry into the South East Asian Area Program as a Foreign Area Officer (FAO). Armed with Thai, an MA in Asian Studies and with the family in tow, Wick assumed duties as a FAO with JUSMAC-Thai in Bangkok, Thailand (1968). For the next six years he travelled throughout South East Asia and served in Vientiane, Laos and a second combat tour in Viet Nam as the Special Forces Commander of Det A, Airborne Studies and Observation Group MACVSOG (1970-71).To profit from his experiences from ‘out in the provinces’ the Army recalled Wick to DC and supported a second branch change – Military Intelligence. After two years (1974-76) with the Defense Intelligence Agency as a Chief and Action Officer in the China-Asia section, Wick again volunteered for overseas service. This time Wick and the family moved to Taipei, Taiwan as he served as the Chief, Current Intelligence, and OIC of the US Navy Special Intelligences Communications Center – “The China Station” (1976-78). A final overseas tour took him and family to Seoul, Korea to serve ‘multi-hatted’ OIC Intelligence duties with the UN Command; Combined Forces Command; US Forces Korea; and the Eighth US Army (1978-80).In 1980 it was time to return to the States with service as III US Corps Chief at Ft. Hood and in the summer of 1981 on to retirement from 24 years of dedicated duty to the nation. Wick’s Awards and decorations included: the Combat Infantry Badge; the US, Vietnamese, Royal Thai Army and Thai National Police Airborne Badges; the Vietnamese Cross of Gallantry with Bronze and Gold Star; the US Bronze Star; Air Medal; Armed Force Expeditionary Medal; Republic of Vietnam Campaign Medal and Staff Service Medal; Memorial Medal of the Ministry of National Defense, Republic of China, Medal of Brightness of the Ministry of National Defense, Republic of China; Navy Meritorious Unit Citation; Meritorious Service Medal; Army Commendation Medal; Joint Services Commendation Medal.Newly retired Wick, Barbara and Shannon (Gerry and Darren having already moved on to College) moved to Richland, Washington to work with Rockwell’s Hanford Operations, Westinghouse and Security Applications Center (SAC) providing consulting services. Later Wick formed his own business (Checkmate Strategies Group) as a Security Consultant working closely with numerous enterprises and professional services.Still infected by the travel bug Wick and Barbara continued to pack up the kit and move every couple of years – but this time in service of family. First they moved to Phoenix Arizona to be centrally located to their kids and a return to Wick’s childhood memories of the desert. This was much to Barbara’s liking as she always thrived in the warm climes. After a few sedentary years they packed up again and move to Texas to help Gerry with his fledging Medical Practice. But with Barbara’s passing in 2002, Wick had one move left in him, back to his desert vistas and Tucson, Arizona. Wick’s health had been precarious over his last decade, but took an inevitable slow decline after his best friend and lover’s passing. His remaining years centered on his grandsons. Both Gerald IV (little Wick) and Alexi Stalpaert (Shannon’s son) motivated him on to one last mission, to provide his grandchildren a sense of extended family that eluded him as a child of an itinerant Army family. Convinced he achieved his mission, his next task was to join Barbara, which he promptly did on the morning of 21 January 2010. Wick lives in the memory of three loving children (a Doctor, an Army Colonel and a Naval Criminal Investigator) their spouses and two grandsons. 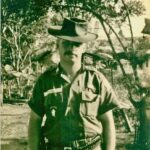 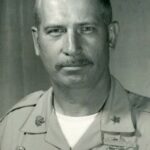 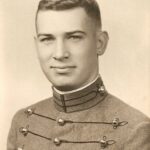 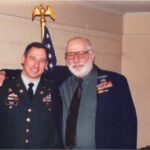 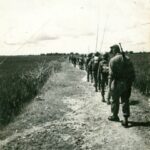 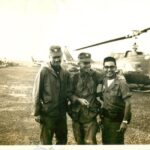 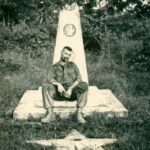